Politics Through Lens of Health: Covid Has Exposed All Hyperboles

With 14 beds per 10,000 people, India ranks 184 among 191 countries in terms of health infrastructure. Have we really progressed as a nation? 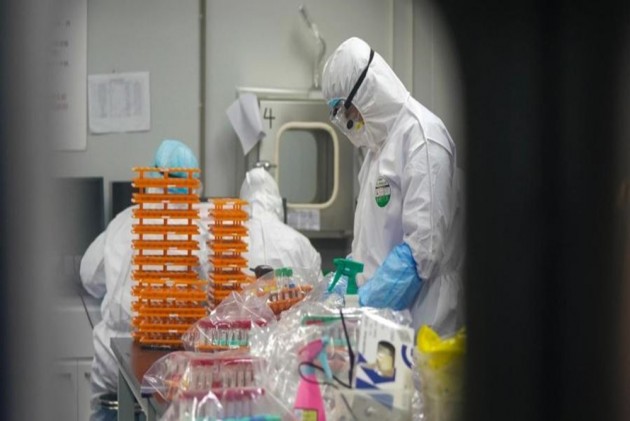 The year 2014 was a watershed period in the history of the world’s largest democracy—after two-and-a-half decade, the Indian parliament saw a majority government by NDA. Despite a coalition with other parties, the BJP won the majority of seats in 16th general elections. A unique, and first-of-its-kind, oath-taking ceremony was held at the forecourt of Rashtrapati Bhawan with SAARC nation heads attending the grand ceremony. Citizens of India had voted for the promised new dawn of achhe din (good times). Although word ‘accha’ may have subjective interpretation for voters and politicians, yet to understand the voters’ preference while voting and to understand the importance of health as an issue, the author of this article conducted a study on ‘Health as An Agenda in Indian Politics: A Study of Election Manifestos In 16th General Elections’. The study revealed that health is not a priority as an agenda, neither for voters while making a choice, nor for political parties while drafting election manifestos.

Seven years on, with India grappling with the second wave of the Covid pandemic, our already overstretched health infrastructure has crumbled in most of the states, horror stories of shortage of medicines, hospital beds, oxygen and ventilators have occupied a major chunk of newspapers’ space and social media. Photos of bodies floating in rivers will remain etched on the collective memory of people who have seen these heart-breaking scenes in real life.

Despite all the tell-tale evidence, the government is in a state of denial, refusing to take responsibility for the severity of the situation; citizens too have considerably failed in taking responsibility and performing their duty to prevent the spread of the virus. The Kumbh mela, election rallies, grand birthday and marriage parties and outings could have been avoided when second the wave of the pandemic was knocking on our doors. The second wave has shown the stark reality of the self-proclaimed superpower’s health infrastructure. And the way the states have gone to polls clearly indicates the political system’s concerns, or the lack of it, and priorities over citizens’ health.

Seven years since the study, a look at the recent election manifestos tells the story. The BJP’s election manifestos focused more on CAA rather than health. To tackle Covid in West Bengal, it promised ‘one jab per family’. And how this promise is going to help the citizens to fight the virus is also a mystery. Interestingly, the Trinamool Congress promised increase in health expenditure from 0.8% to 1.5% of the state’s GDP. Again, the present and promised expenditures show abysmal state of affairs and apathy of the political parties as far as healthcare is concerned.

The healthcare system in India has always been in a pitiable state and never got its due allocation in annual national and states’ budgets. India spends a miniscule fraction of its gross domestic product (GDP), i.e., only 2%, on healthcare, while western countries like UK spends 12% of its GDP and the US spends 17.7%.

Data shows that the Indian government spent 1.8% of its GDP on healthcare in 2020-21 and committed 2.5-3% in the current fiscal. Looking at the performance of previous governments, they have done little to strengthen India’s healthcare infrastructure by allocating more budget to it. The Ministry of Health and Family Welfare was the 9th position in allocation of budget with Rs 67,112 crore, while the Defence Ministry had the lion’s share with Rs 4,71,378 crore, which is seven times more than health.

On February 1 this year, the Union finance minister Nirmala Sitharaman announced an allocation of 2.23 lakh crore for ‘health and wellbeing’ expenditure. It comprises allocation for safe drinking water, open defecation-free villages, nutrition supplements for pregnant and lactating women and children. There is no denial the fact that these pillars do partially address the well-being of the population and may avert many diseases. But can the mere combining of various determinants strengthen health service delivery?

India’s outlay for Covid vaccine-related expense is Rs 35,000 crore. Ratings and Research (Ind-Ra) has pegged the overall cost of vaccinating all Indians above 18 years of age against COVID-19 at Rs 67,193 crore, of which states together will incur Rs 46,323 crore. So allocating less funds for vaccination clearly indicates that the promises made during the elections for free vaccination are a mere farce.

Today, when we want to win over other celestial bodies of the universe, then ignoring the right to life on our own planet shows the selfishness and greed of mankind. Here, the issue is not merely spending a percentage of GDP but also the benchmark set for healthcare infrastructure in India. In pre-independence era, the Bhore Committee was constituted to survey the then existing status regarding health conditions and health organisation in the country and to make recommendations for future development, in order to improve public health system in India. According to the Committee (1946) recommendations, “Primary health units with a 75-bed hospital per 10,000-20,000 population; secondary health units with 650-bed hospital; regional health units with 2,500 beds.”

After 75 years of the report we are nowhere near the recommendations. Latest data shows that India has 14 beds per 10,000 people. India ranks 184 out of 191 countries in terms of health infrastructure. There has been continuous coverage in mainstream media and alternate media about critical shortage of hospital beds, oxygen cylinders, ventilators, medicines, lack of testing and contact tracing and, most recently, rural India’s creaking healthcare infrastructure which is incapable of even diagnosing Covid cases. More than 1,200 doctors have lost their lives in the pandemic, according to the Indian Medical Association. Top courts are instructing and scolding the Central and state governments to take proactive action to ramp up infrastructure.

Planners also forgot to consider the fact how poor healthcare has impacted the economy. Health has never been an important agenda in the promises made in election manifestos of political parties and nation had to bear its cost with lives and livelihood of its citizens. Covid has led to poor health of families in lockdowns and lower efficiency of workforces in majority of the sectors. Consequently, less economic growth and less per capita income.

The cost of having low-key ceremonies would have been lesser than the cost of lockdowns in Indian. According to an estimate, the aggregate fiscal deficit of states in FY21 was 4.4% of the GDP, while the country’s fiscal deficit was pegged at 9.5% of the GDP. Due to the lockdowns till May 2021, it is estimated that the cumulative loss of activity could amount to around $10.5 billion, or around 0.34 percentage point of annual nominal gross domestic product.

The pandemic has wreaked havoc in our near and dear one’s lives, stopped our movements, snatched kids’ childhood by confining them within the four walls of their homes and snatched livelihoods by frequent lockdowns. But road shows in elections and holy baths continued as our elected leaders chose our destiny to let citizens struggle with the deadly virus. Thousands of teachers fell victims during the panchayat elections in Uttar Pradesh and the state government denied their deaths due to Covid. Construction of the Central Vista in Delhi and Ram Mandir in Ayodhya remained the top priorities for the government. Interestingly, the government diverted public attention towards non-issues or started playing political gimmicks along with allegations and counter-allegation on opposition and farmer protests.

And no less atrocious is the damage inflicted by Baba Ramdev on the reputation of allopath practitioners with his public dismissal of their ability to treat Covid. He accused and mocked allopathy and vaccination for an increase in Covid cases and subsequent deaths. The Indian Medical Association (IMA) has asked for the Patanjali promoter Baba Ramdev to be charged with “sedition", through a letter addressed to the Prime Minister. The very next day, Haryana chief minister Manohar Lal Khattar announced that one lakh Coronil doses (produced by Patanjali but without any evidence of its efficacy) to be distributed to Covid patients in the state.

In the 21st century, when we should look for solutions to our problems through science and technology, we are relying on magic remedies and fudging numbers of human crisis. We don’t have enough vaccine doses and the sluggish pace of inoculation in the country may last till the middle of 2024 to fully vaccinate one billion out of 1.36 billion Indians. When the world is trying to combat the virus through innovative means which have been proven effective scientifically, we are defying all norms to safeguard ourselves and communities from the virus.

Corona has affected communities, increased inequities, and injustices. It has exposed structural deficiencies of our democracy. It’s imperative for the political system and voters to understand that health infrastructure cannot be ignored.  We can’t wait for another pandemic or third wave of Corona to teach us about the importance of health infrastructure. Not only we need affordable healthcare we need trained professionals, medical equipment, communication strategies to create awareness on healthcare prevention and treatment. To achieve the ambitious target of becoming a $5 trillion economy, our political class, particularly the parties in the states and Centre, need to make health a national agenda.

(The author is the Dean, School of Journalism and Mass Communication, K.R. Mangalam University, Gurugram. Views are personal)