Since Covid-19, a slew of natural hazards including four major cyclones, floods, landslides, forest fires, and several earthquakes have also put further thousands of lives across India at risk. 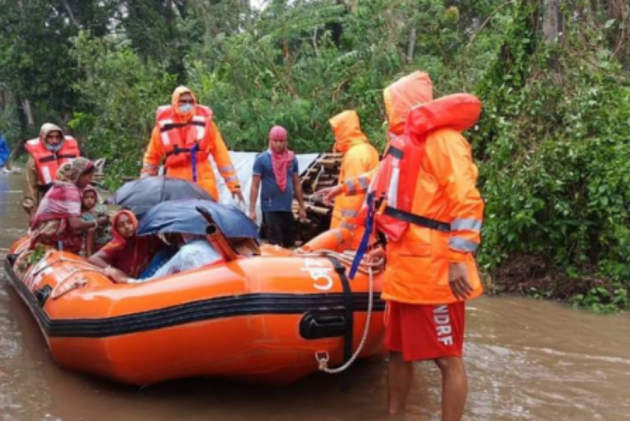 The COVID-19 pandemic is an unprecedented humanitarian crisis that we have been experiencing. Far from being just a public health emergency, its scale and overwhelming socio-economic impact has brought our normal lives as we knew almost to a grinding halt.

More prominently last year and recently during the second wave this year in the country, we saw a mass exodus of migrant workers from cities due to loss of income during the lockdowns. The economic downturn caused a lot of businesses, especially micro-enterprises that employed these migrants, to collapse.  Further, lack of any safety nets only exacerbated their miseries.

Since the onslaught of the pandemic, a slew of natural hazards including four major cyclones, floods, landslides, forest fires, and several earthquakes have also put further thousands of lives across India at risk. The frequency and unprecedented nature of climate-induced extreme events is on the rise as latest research on the climate emergency tells us that the globe is warming at twice the rate as compared to two decades ago. In urban areas, micro-enterprises, already impacted by the lockdown have suffered further losses due to these disasters. The lessons from the past, like in Chennai floods from 2015 where a fourth of micro-enterprises that suffered losses could never revive, have not been learnt.

Our current approach to disaster management response is not equipped with the methods and tools that are needed to deal with these new-age disaster events. We are still relying on age-old response mechanisms perpetuated from the colonial legacy of famine relief, consisting of band-aid solutions, causing us to fail in such unprecedented events.

The changing pattern of disasters – climate-induced events and pandemics - leading to excessive variabilities has meant relying on past disaster trends is no longer beneficial. Conventional disaster response mechanisms were based on underlying assumptions informed by historical analysis. Black swan events such as pandemic provide a different level of challenge – where causes and impacts could be spread across the globe-spanning large geographies, and with time spans as short as few weeks. Further, large-scale migration makes it complicated to identify the affected population.

In India, the impact on millions of migrant workers and their sudden exodus from cities caught the authorities completely unprepared last year. There were lessons from the mass movement of population seeking refuge that took place elsewhere in the world recently. Could they have not applied here?  Finally, are we able to design our response mechanisms that can address the cross-cutting nature of disasters? A health emergency causing social and economic disruptions. Worse still a complex scenario where an earthquake or flood hits a city that is in lock down.

These complexities, inherent to the new-age disaster events, require us to redefine our approaches significantly and push the envelope across the board. To start off with, beyond providing immediate relief we need to invest significantly in long-term solutions which build resilience. For example, small public infrastructure across the country, including healthcare centres, schools, and community buildings, need to be strengthened to ensure continuity of essential services even in the event of an unprecedented crisis. We need to find effective solutions to ensure better access and adoption of financial instruments such as insurance among micro-entrepreneurs and informal-economy workers. Secondly, we need to invest in anticipatory action. Something as simple as preparing children in schools with knowledge, tools, and strategies to cope with disasters to investing in decentralised community based early warning systems that ensure first-mile connectivity leaving no one behind.  Research by the United Nations Office for Disaster Risk Reduction (UNDRR) concludes that every dollar invested in disaster mitigation saves six dollars in avoidable losses in future disasters.

Another imperative that needs to take centre-stage is a ‘whole-of-society approach’. The last global discussion on addressing disasters, that took place in Sendai Japan leading to the formulation of the Sendai Framework for Disaster Risk Reduction, among other things called for this. It implies governments having to cede space and acknowledge the role of civil society as well as businesses. In the current disaster response structure, these stakeholders at best have a consultative role. A seat on the table ensures optimal leverage of resources – assets and public goods, and co-creation of solutions that using network effects can address population-scale challenges. Along with the government, both civil society and businesses can bring their unique comparative advantage to play to meet such challenges.

The new response structure would look significantly different from the current one. Only if we invest in long-term resilience building, in anticipatory action, and take a whole-of-society approach. Most importantly, the new structure needs to pro-actively seek to restore the agency, dignity, and freedom of people - of the migrants, of small businesses, of farmers and children and youth to participate, to choose, and to invest in strengthening their own resilience.

(Dr. Manu Gupta is the co-founder of SEEDS (Sustainable Environment and Ecological Development Society, Asia's largest disaster management not-for-profit organization. Views expressed are personal and do not necessarily reflect those of Outlook Magazine.)