Guha’s debut novel attempts to delve into the murky ground between the virtual and the real, literary and literal, the mind in solitude and its transformation within a clique. 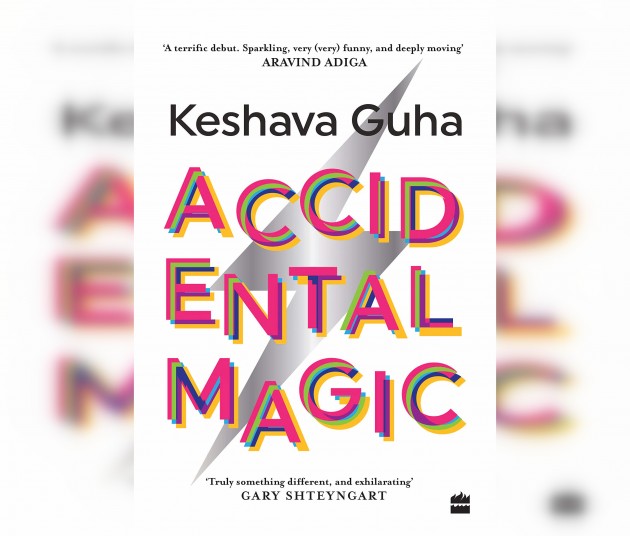 Keshava Guha’s debut novel is impressive, interesting and imaginable.  “Accidental Magic” is the story of four very different people whose lives are brought together by Harry Potter. Globalisation enables some movement, opportunities and cultural exchange, but Keshava Guha wisely navigates the associated challenges, stereotypes and realities.

An extraordinary novel about how flawed relationships can be; how we battle loneliness, live on hope and search for that perfect connection ---- often settling for imperfection ---- it is also about the tension between duty and the individual pursuit of happiness. Accidental Magic is a work of great imagination and marks the arrival of an exciting and powerful new voice.

The novel starts promisingly --- two starkly different brothers born in a “Tam-Brahm” family taking the tried and tested route of greatness by going to the US for their masters. I particularly liked the way the author naturalised the presence of the internet and the emotions that surround it. For Kannan, Curtis, Rebecca and Malathi, social outsiders and people adrift, the intense and diverse world of Harry Potter fandom offers community, even a sense of meaning.  Guha understands this world and writes skilfully in the different voices of the very different fans, only four of whom we get to know.

Even in nearly two decades into the 21st century, it's rare to come across a text that grapples with how technology has transformed our lives and woven our emotions in-between its bits and speeds. The complexity of the characters means that feelings towards them warm and cool throughout the book, which is much more interesting than just being “relatable”. “Accidental Magic” is enjoyable on many counts.

Guha writes with assured fluency and considerable imagination. This novel is about so much more than fandom. It is also about our relationship to the wider universe of English literature. Key, in this regard, is the heated disagreement between Rebecca and her father over what is worth reading.

What constitutes respectable literature in the eyes of an upper-middle-class Anglophone family that considers itself among the first citizens of English literature?

Is it JM Coetzee or JK Rowling?

Why can’t it be both, the author here seems to be suggesting.

What is it about the strength of the former's devotion that can sometimes ---- oftentimes ---- be found wanting among the latter?

Guha’s debut novel, Accidental Magic, attempts to delve into the murky ground between the virtual and the real, literary and literal, the mind in solitude and its transformation within a clique.

Harry Potter meant so much to so many people, and that itself is worthy of being the subject of a novel. Harry Potter's global reach is, of course, a reminder, in this world of fractured identities, that we share a great much across the world, (something that Kannan draws on while lonely in America), and when we find something that brings us together across boundaries, then that is, indeed, a precious drop of accidental magic.

It reminds us that reading can become a shared tissue of interest and emotional commitment between people of differing backgrounds. In this sense, it is a reminder that reading is not only a solitary act but a communion, not only with the author, as is commonly known, but between fellow readers.  I enjoyed this book thoroughly.

The author had a very interesting plot setting to deliver a page-turner but he went for a philosophical discourse on people's actions and motivations. I thought the characters were ingenious; perhaps not always likeable, but always real. There is no end to Accidental Magic, indeed!

In Kannan, we have a moving portrait of a character's slow realisation of his own human agency, and the terrible cost that sometimes entails.

Malathi, and the halo of warmth that surrounded her, and would love to learn more of her, and hear more of her voice --- hopefully, she will wander into a sequel or another work by Guha.

While Rebecca's character seemed a little elusive for me. I loved Grimmet --- a kind of Falstaff with a fake wand --- agonisingly self-conscious but with a lovely, but believably flawed, streak of human generosity.

There is wonderful humanity to the book as Guha probes his characters with admirable depth and interest. Even those with no or little interest in Harry Potter (and I fall into this camp) will find so much to enjoy here. This is a rich inventive novel!

The book's exploration of fanfic and its jargon is a courageous portrayal of something few writers have attempted to engage with; the strange, nerdy and obsessive world of genre fandom. In this sense the book is a manifesto for the power of non-literary fiction, and a reminder that the boundary between literary and non-literary fiction is arbitrary and confining.  A wonderful and moving literary debut by Guha.

Guha clearly has both the insight and vocabulary to describe the human psyche effectively. I'll take solace from the book itself, where one of the central characters realizes that it is okay to like and enjoy a children's book more than some of the woke literature of the era.
This book does a beautiful job with its sympathetic and insightful portrayal of a diverse range of characters united by their love for Harry Potter. Gently written, this charming book is hard to put down.

If you are into Harry Potter, and into the fandom culture, GO FOR IT. Also, if you are simply looking for some great language, feel free to add it in the cart.

(Ashutosh Kumar Thakur is Bangalore-based management consultant, literary critic and advisor with Kalinga Literary Festival. He can be reached at ashutoshbthakur@gmail.com). Views expressed are personal and do not necessarily reflect those of Outlook Magazine.)