JNU VC deserves our compliments for his thick-skinned persistence with his mission and his unwavering loyalty to his masters, writes Shajahan Madampat. 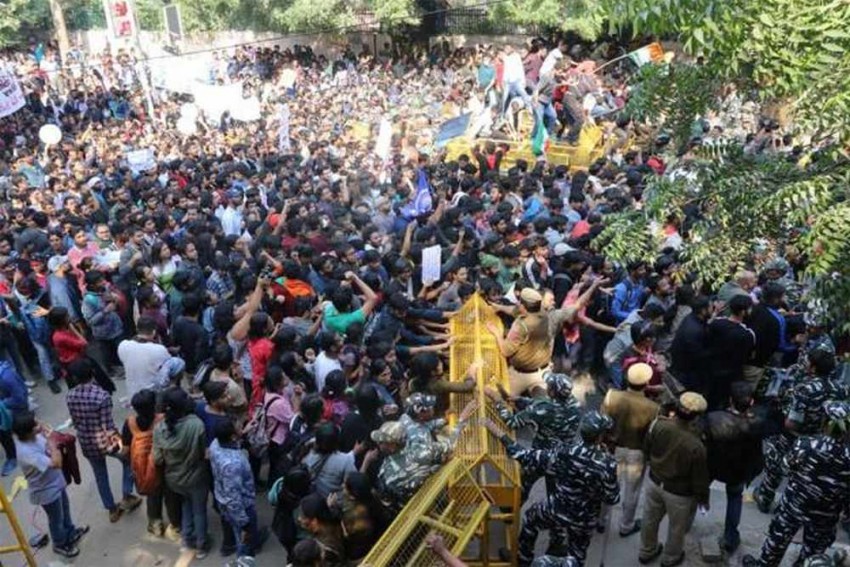 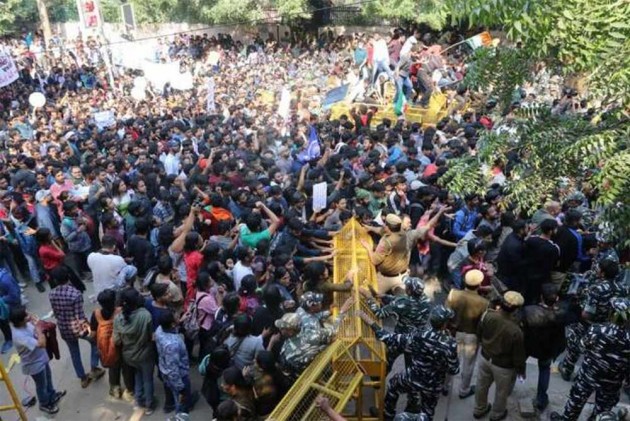 Professor Jagadesh Kumar, the Vice-Chancellor of Jawaharlal Nehru University, is an extraordinary man. A passionate zeal to destroy a university he heads sets him apart from his peers. He is also a person who is determined to ensure that the likes of him will never come up the academic ladder and empower themselves in future.

Nevertheless, JNU VC deserves our compliments for his thick-skinned persistence with his mission and his unwavering loyalty to his masters.

Born in Mamidala village in Nalgonda district in Telangana, the rural boy did well in his studies. He rose to become a professor at IIT and Vice-Chancellor of JNU. However, he does not seem to want anyone else from his background to come up in life.

Therefore, he dismantled, soon after taking over as VC, the inclusive and pluralistic admission policy that made JNU truly representative of India in all its diversity. With this single act of “sedition and secession (we need to use words like these nowadays to effectively make a point!), “he brought down the number of students from families earning Rs 6,000 per month from 25.7% of the total in 2016-17 to 9.8% in 2017-18. Students from rural background shrank from 48.4% in 2016-17 to 28.2% in 2017-18.”

He is still unhappy. Hence, the decision to impose a massive increase in hostel fee so that even those who still managed to get admission in JNU from underprivileged backgrounds are forced to quit the campus and return to the poverty of their home village.

To be fair to him, one must admit that he is not an elitist in the selection of his team to run the university. According to teachers and students in JNU, he has made it a point to appoint only academically backward faculty members to various administrative positions.

His administrative team, including chairpersons of various centres and schools, is said to be the who’s who of mediocrities in JNU’s otherwise outstanding academic community. Of all the faculty members supporting the VC’s ‘destroy JNU’ mission, this writer can think of only one with some claim to academic excellence.

Although he took away the deprivation points in the admission policy, he generously lavished them on some of JNU’s academic misfits and made them feel self-important. Since they cannot hold forth on Michael Foucault’s theories of power, unlike the other well-read academics, they do what they are best at: crudely employ their power in the service of the VC’s hatchet job on the university.

I am saying this with some personal knowledge since some of these pliant men and women were my contemporaries at JNU. Even then, they used to prefer the techniques of manipulation and sycophancy to the excruciating rigours of reading books and thinking about the un-thought.

The VC’s masters cannot be blamed for wanting to destroy JNU because it is the antithesis of everything they represent. It is a campus where brains rarely atrophy, and books hardly gather dust. It is a space for ceaseless dialogue on all that matters and does not matter, and is intolerant of monologues, particularly of the kind we have lately become habituated to. With rare exceptions, it is a place where violence is still anathema, and communal utterances a stigma.

Some of the professors are so dangerous that they ask their students to cultivate that most anti-national of activities – question and think. It celebrates heterogeneity and pluralism, at a time when insistence on homogeneity has turned into the nation’s cultural commonsense.

JNU had long ago banished fear from its premises and replaced it with freedom, as was abundantly on display during last week’s protest marches by the university’s students in the streets of New Delhi.
Rabindranath Tagore, an incorrigible anti-national from another time, possibly wrote his seminal verses about JNU long before the idea of the varsity was even born:

“Where the mind is without fear
and the head is held high,
where knowledge is free.
Where the world has not been broken up into fragments by narrow domestic walls.
Where words come out from the depth of truth,
where tireless striving stretches its arms toward perfection.
Where the clear stream of reason has not lost its way
into the dreary desert sand of dead habit.
Where the mind is led forward by thee
Into ever-widening thought and action
Into that heaven of freedom, my Father, let my country awake.”

In the mid-1990s, the then Vice-Chancellor of JNU, Professor Y.K. Alaghmade made an attempt to dismantle JNU’s admission policy in line with the government’s neoliberal leanings. A massive agitation ensued, with students and teachers coming together to thwart the move.

Eventually, a starving VC and the students held a nightlong discussion in the true spirit of democratic dialogue and arrived at an amicable settlement, leaving the admission policy intact. The next morning, Professor Alagh affectionately joined the students in celebrating their victory with pride.

The boy from Mamidala village, however, finds it beneath his dignity to converse face to face with his students and teachers, leaving the job to the water cannons and lathis of the Delhi Police. That’s hardly a method to encourage the “clear stream of reason” to flow freely at one of the highest seats of learning in the country.