Jab, Can We Meet? The Tale Of Finding A Covid-19 Vaccine In Kolkata

The Covid-19 vaccine issue in Kolkata was complicated by sudden pop up jab centres. 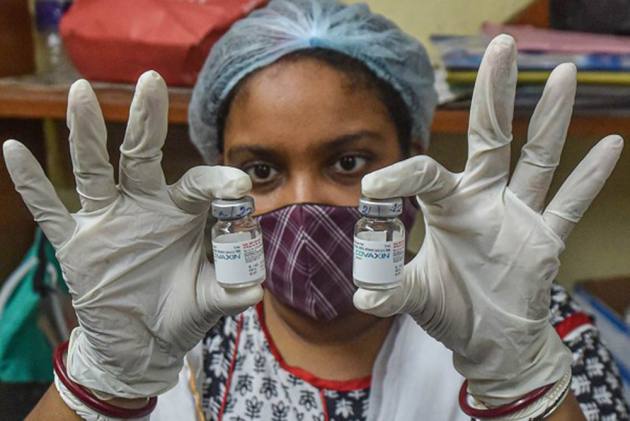 It began with my 94-year-old father’s decision that he needed a haircut. The Club was showing signs of opening in fits and starts after lockdown but had announced that members had to produce a vaccination certificate to use the facilities – the staff had already been vaccinated once and the librarians twice. Till that announcement my father had been firmly refusing any attempts to take him for his shot even though he had spent all his working days as a specialist in various hospitals worldwide.

The problem was, of course, that what had been simple before May had suddenly developed into the Great Vaccine Vanishing. Those getting second doses could still manage it – though a colleague trying for her second dose had booked a slot at the much touted Mayor’s Clinic in Chetla but when she turned up for it, she found 250 people jostling for space. Additionally the server had crashed so any attendant form filling was held up. Sweating and tense she edged her double-masked way out of the clinic and found herself a paid shot at an under booked nursing home in remote Taratola.

With my father the issue was finding an uncrowded space where he could get his first dose. Apart from him, there were the domestics who were all under 45 and all first doses, including my mother’s caregiver. Afternoon walks took me exploring past the nearby KMC centres to check out the situation. If I could have the staff vaccinated perhaps the parental shots could be delayed somewhat.

The Centre I discovered off Vivekananda Park obstinately announced vaccination for 45 plus, 2nd dose, till further notice. One afternoon no one had even turned up to give the jabs and the few people still waiting outside were worried that the vaccine had run out. And there was the set up at the nearby college which had iron gates to block crowds and ample space inside for distanced vaccination but where squabbling crowds gathered from 7 in the morning and shots abruptly ran out.

The vaccine issue was complicated by sudden pop up jab centres. The taxi drivers at Ballygunge Phanri including some stray domestic drivers got their jabs. There was one at the Gariahat Market only for hawkers. You never knew when they would happen and where except the ones in the know.

On one walk I followed two maids who were loudly grumbling about losing their jobs because they were part timers. “All these rich people are scared of getting Corona. They don’t care about the likes of us. And what good is vaccine? Cholera hasn’t gone, smallpox is still there, and so is cancer...” While I could have tried correcting that one, I caught up with them and asked politely if they had been vaccinated. “We keep trying,” they said, “but we’re ordinary types. They’re only vaccinating hawkers and their families.” By the time I recovered from that one, they had moved on.

A tight fisted residential complex in Ballygunge Circular Road was waiting for the KMC to send over a team to vaccinate their domestics for free but that was being held up due to vaccine shortage. My cook handicapped by an Odisha Aadhar card had to go to the cop station to get it stamped which took two rounds plus a subtle demand for tea money. Not that that solved anything – he refused to stand in line waiting for a shot that would not materialise and tried jumping the queue through an inside contact. At a time when vaccine was in shortage, unless you had Party power, the plan was guaranteed to misfire and it did.

Some members of my office team were even desperate enough to fall into the clutches of 28-year-old wheeler dealer Debanjan Deb who held a fake vaccine camp and pretended to be not only an IAS officer but joint commissioner of the Kolkata Municipal Corporation. No one asked why his vaccines weren’t free if he claimed to work for the State Government – instead people freely stuck out their arms.

The father was finally managed easily enough – I booked him for a drive in shot which I hoped would mean that he wouldn’t need to leave the car. We were done in 45 minutes and it left my nephew in America amazed that vaccination drive ins even existed. The cook ultimately went to a clinic for a paid jab after lunch and is busy fretting about reactions. That leaves the caregiver and another struggle with the KMC or with COWIN. Oh well...