Home  »  Website  »  National  » Opinion  »  Indian Muslims Must Organise Themselves Politically, But Not On Religious Lines
Opinion

Indian Muslims Must Organise Themselves Politically, But Not On Religious Lines

The new political formation of Muslims should eschew religious symbols and slogans, and instead, choose symbols and icons of Indian nationhood 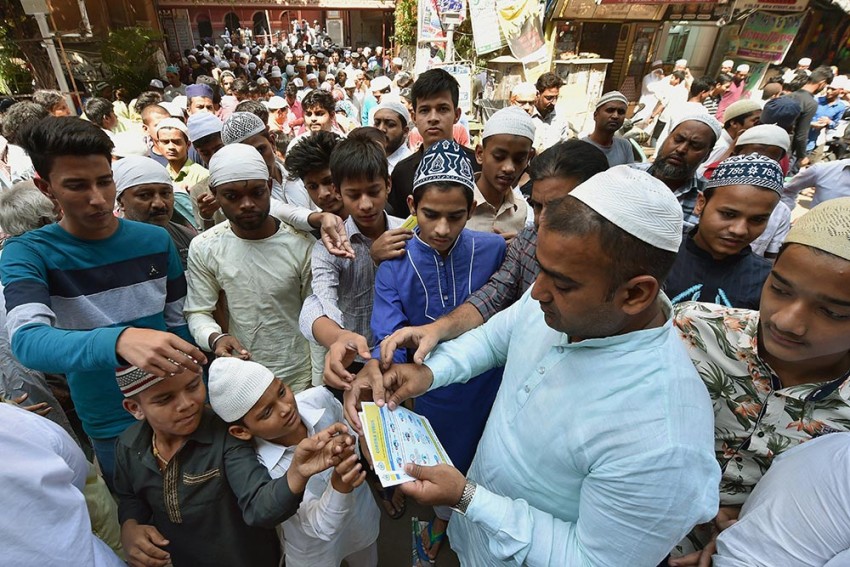 Members of Muslim community distribute leaflets, containing information how to prevent the spread of coronavirus, after offering Friday prayers at Nakhoda mosque, in Kolkata,
PTI Photo
Shajahan Madampat 2020-04-04T16:21:23+05:30 Indian Muslims Must Organise Themselves Politically, But Not On Religious Lines 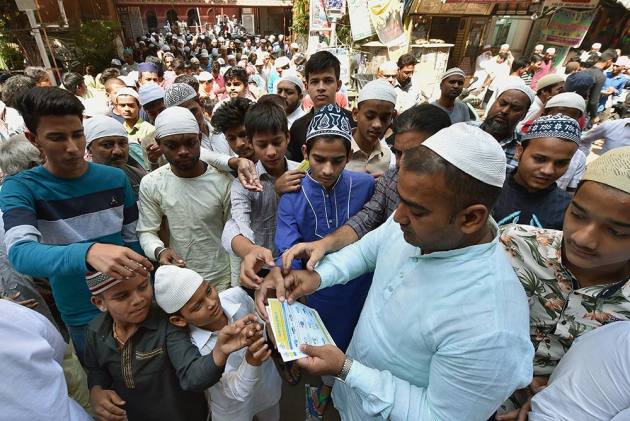 Here is what I said to emphasize the non-religious character of the political formation I propose: A. “It should not only be open to, but must proactively include within its ranks and leadership its (the Muslim community’s) overwhelming diversity—various sects, devout, atheist, irreligious, Sunni, Shia, gay, lesbian, transgender, freethinkers. In other words, anyone who is likely to be targeted as Muslim by Hindutva forces should have equal space in it.”B. “The new formation should eschew religious symbols and slogans, and instead, choose symbols and icons of Indian nationhood.”

According to Mr. Syed, I said that “the secular supporters have failed to understand the Muslim predicament.” This is a white lie since I never said anything to that effect. My argument was a nuanced one that stressed the difference in subjectivities between a victim and her ardent supporter who is not subjected to the threat of murder and loot as the victim is. This is what I said: “Although their commitment to Indian pluralism is beyond reproach, their social location allowed them the luxury of worrying about the country’s image, while a Muslim citizen could have only prayed for survival. For the Muslim, the pogrom threatened to kill her and her family and destroy her property. The CAA/NRC/NPR posed a direct threat to her citizenship.”

He also overlooks the distinction I made between the ‘secular’ political parties and secular civil society movements. He even finds a contradiction in my quoting Harsh Mander at the end of my article because according to him I am dismissive of all secular intellectuals in the country. Again an act of misreading or incomprehension! In fact, I argued in my article that the new Muslim formation “should build bridges with civil society groups to fight communal forces, environmental destruction and the denial of civil liberties and human rights. The difference between most such civil society groups and so-called secular parties is that the former is less likely to betray their ideals for temporary gains than the latter, which are prone to compromises and deception. One example of this is that a majority of ‘secular’ parties have formed alliances with the BJP at one point or the other.”

In paraphrasing my fourth reason for the core argument in my article, Mr. Syed again indulges in misrepresentation. Contrast his simplistic summation of my argument and the way I articulated my position. According to him, I said that “as Muslims have lost faith in all institutions, their leadership can easily fall into the hands of zealots and rabble-rousers.” Now this is the passage from my article, which is far more nuanced and self-explanatory than the half-truth in the above sentence: “This kind of an abject situation is fertile for radicalism and extremist tendencies to take root. Unless a political and social leadership—with a strong moral fibre and committed to the values and ideals of the Constitution—emerges within the community, the existing leadership vacuum will be filled by impetuous zealots and cynical rabble-rousers.”

He says my article “presupposes that secularism as a political philosophy and living experience has failed in India. As someone, for whom secularism and democracy have been the lifeblood of existence, I shudder to think so”. In fact, the first sentence in this quote is a valid representation of what I said. Does Mr. Syed genuinely believe that secularism “as a political philosophy and living experience”and democracy continues to thrive in present-day India? If he believes so, I can only wish he were true! He further says as if to counter my argument: “The Constitution is the only tool left in the hands of Indian people in their fight against the Hindutva forces and undermining it will have disastrous consequences.” Am I not making, even more emphatically, the very same point in my article?

I fully agree with Mr. Syed when he says: A. “Muslim political organisations have been revanchist, regressive and exclusionary in nature. Extremist elements were nourished by these political parties.” B. “Since independence, Muslim communal leadership has been the bane of Indian Muslims. The Muslim predicament is as much a product of obscurantist Muslim leadership as that of the communal politics and bigotry of Hindutva forces.” This is precisely why the second half of my article strove to define, clearly, the characteristics of the Muslim political formation I had in mind.

Not that he is oblivious to that part of my article. He says: “To expect a truly inclusive, forward-looking and Gandhian leadership to emerge out of a sectarian formation is just wishful thinking. It has not happened anywhere in the world and is not going to happen in India either.” Maybe he is right. Mine was not a user manual for a product being manufactured in a factory. As a writer, it is indeed my wishful thinking. Does Mr. Syed have a better solution that has not yet been tried and doomed to failure?

Now here is the unkindest cut: “Mr. Madampat seems to be completely oblivious of the gross gender inequalities that prevail among Muslims, more than any other section of the society.” Is not one of the core assumptions and prescriptions in my article related to gender disparity? This is what I said: “The coming out of Muslim women to take charge can be the beginning of a much-needed social churning within the community.” Additionally, Mr. Syed is advised to read my numerous articles on the subject of gender bias among the Muslims that I wrote for Outlook over the years.

In the end, Mr Syed says, “What shines through Mr Madampat’s article is impatience, typical of educated middle-class intellectuals.” Yes, I am impatient to bring a halt to a socio-political condition in which people with names similar to mine could be lynched, vilified and abused for no fault of theirs.

The caravan must go on!

(The author is a cultural critic and commentator. His newest book is God Is Neither A Khomeini Nor A Mohan Bhagwat. Views expressed are personal)