In this rejoinder to Shahjahan Madampat's article published by Outlook, Nissam Syed, a political commentator, argues that if Indian Muslims organise themselves politically on religious lines, that would only strengthen the majoritarian narrative. 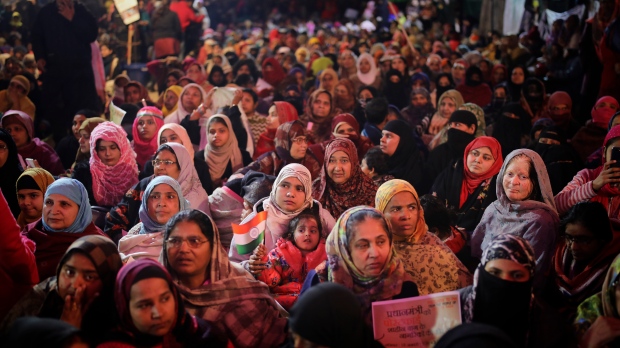 The rise of Hindutva forces in India’s national politics has resulted in a huge disenchantment among Indian Muslims, especially among the intellectual class. Reaction to the new political normal will be more visible in political, social and cultural spheres sooner than later. While a large part of the country’s Muslim population is still in a state of confusion about their political future, the educated elite has already started articulating the possible courses of action.

In his article published in Outlook, author Shajahan Madampat argues that Indian Muslims have lost faith in all national institutions and the secular polity. The only option left for Indian Muslims is to organise themselves politically on religious lines, he says.

The author lists four reasons in support of his argument. The first is that the secular supporters have failed to understand the Muslim predicament. He cites few tweets on the Delhi riots saying some people were more concerned about the country’s image during the visit of the American President than the sufferings of the victims. This, according to the author, proves that the so-called secular intellectual’s social location no longer allows them to empathise with Muslims. Secondly, the dependence of Muslims on the secular parties has only benefited the latter and it has not ensured the community protection during riots. So, he argues that only a Muslim leadership can stand for the victims during the riots and control the extremist elements within the community. Thirdly, marginalised communities can empower themselves only when they organise politically like BSP, SP, RJD and IUML. Fourthly, as Muslims have lost faith in all institutions, their leadership can easily fall into the hands of zealots and rabble-rousers.

The author’s prognosis is problematic on many counts. It presupposes that secularism as a political philosophy and living experience has failed in India. As someone, for whom secularism and democracy have been the lifeblood of existence, I shudder to think so. Secondly, if you think that non-Muslim secular individuals are incapable of comprehending the plight of Indian Muslims, you are alienating a large group of Indians who fought for the right of minorities in these difficult times. The fight against the Citizenship Amendment Act didn’t go the way Hindutva forces expected because of the participation of non-Muslim secular Indians. Here the author contradicts himself by quoting Harsh Mander to validate his points.

As for the secular political parties, it is for them that India still has a secular Constitution, despite a disastrous partition that saw unprecedented levels of bloodshed in Indian history. The promises made in the Constitution may not have been realised in their entirety, but this is not an issue for Muslims only -- it is true for all sections of the society. The Constitution is the only tool left in the hands of Indian people in their fight against the Hindutva forces and undermining it will have disastrous consequences. Empowerment of Muslims by organising on religious basis has been successful only in Kerala. That is largely because IUML has been part of a secular formation and also because of the numerical strength of the community in the state. Everywhere else in India, Muslim political organisations have been revanchist, regressive and exclusionary in nature. Extremist elements were nourished by these political parties.

Since independence, Muslim communal leadership has been the bane of Indian Muslims. The Muslim predicament is as much a product of obscurantist Muslim leadership as that of the communal politics and bigotry of Hindutva forces. To expect a truly inclusive, forward-looking and Gandhian leadership to emerge out of a sectarian formation is just wishful thinking. It has not happened anywhere in the world and is not going to happen in India either. Moreover, a Muslim party on religious lines could provoke a counter mobilisation.

Mr. Madampat seems to be completely oblivious of the gross gender inequalities that prevail among Muslims, more than any other section of the society. To portray Shaheen Bagh as the exhibition of the agency of women is completely off the mark. It is the male authority that was at work through different means. You cannot have regenerative energy from a movement led by burka-clad women. Burka is not a cultural symbol, it is a symbol of male dominance, denial of self-identity and religious obscurantism. The emergence of a liberated women leadership from Muslim community will require a massive democratization process within the community. That cannot wait for the Hindutva threat to recede.

The Kerala example is also one of Muslims participating in the political process with confidence. Mr Madampat cites IUML as a successful political experiment, but one should not forget that the party is confined to some northern districts of the state. Agreed that one cannot equate Kerala with other parts of India because of historical and social reasons, but Muslim intellectuals should learn a lesson or two from the small southern state. The interests of Indian Muslims will be better served if the intellectuals refrained from rekindling the divisive narratives of the last century.

What shines through Mr Madampat’s article is impatience, typical of educated middle-class intellectuals. The political goals of Indian Muslims will be achieved through all-pervading democratisation and mainstreaming of the community, and not through impatient political action.  You cannot prove Jinnah and Savarkar wrong by organising on religious lines. By doing so, you will just end up strengthening the majoritarian narrative.

(Nissam Syed is a political commentator based in Kerala. Views expressed are personal.)