Gay and Happy: Marriage Between Two People, Whoever They Might Be

Recently the Centre told the Delhi High Court that ‘our laws, our legal system, our society and our values do not recognise marriage…between same-sex couples’. They are not alone. This sentiment is echoed by many others. 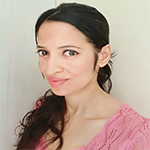 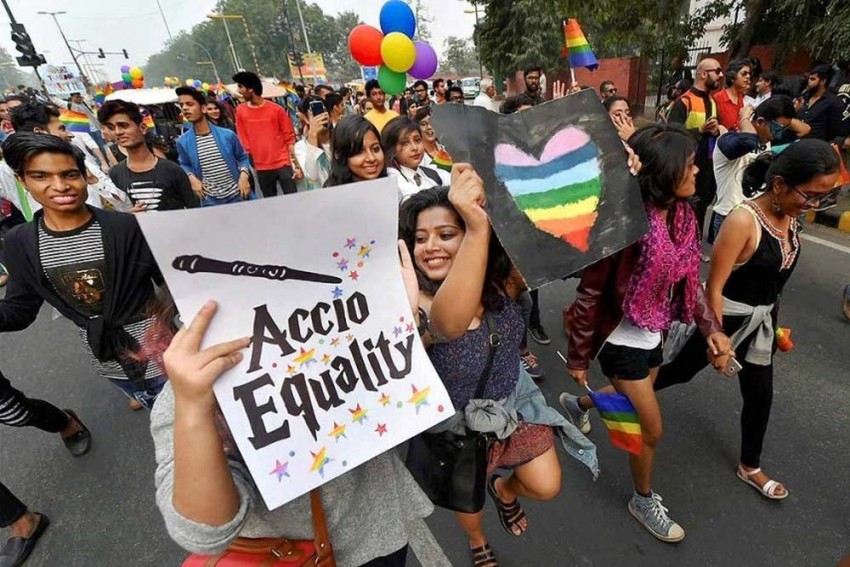 ‘Marriage is a legally, and socially recognised union between two individuals, that is regulated by laws, customs and beliefs’ – this is a very dry definition of what one hopes is a meaningful and loving journey with our partners for life. But if you think about it, what role does love play in all of this? For most of marriage history, none at all. Unlike love, the definition of marriage keeps changing.

The first recorded evidence of a marriage contract is from around 4000 years ago. Love has been around for much longer, marriage on the other hand is a constantly evolving concept.

Pair bonding began in the early stage of our evolution, to ensure survival. After which that idea spread across cultures and eras in many ways. In the ancient world marriage was a matter of forging alliances, acquiring land and holding onto power. Over time, different kind of marriages was acceptable in different cultures – exchange marriages, group marriages, polyandry, polygyny, morganatic marriage (where titles and property do not pass to children), marrying within the family, dowry as a part of marriage contract and so on. It was only in the 17th and 18th centuries that philosophers and thinkers put forth the idea that happiness was an intrinsic goal for life and marrying for love, rather than wealth or status, was a worthwhile cause.

Over time agriculture and family plots of land gave way to free market economies and jobs, kings succumbed to democracies, and various forms of marriage were homogenised due to colonisation. The idea of marriage as a single union between two individuals, a man and a woman, began to take shape.

In today’s world, an ideal marriage is based on the notion of two equals seeking love, stability and happiness together. However the idea of equality in a marriage itself is barely 50 years old. The modern relationship is based on companionship, respect and mutual sexual attraction. Couples are increasingly making choices about their lives together – the number of children they want, or if they want kids at all, division of labour is flexible, the option of divorce if they are unhappy and so on. All these are fairly new developments, and it is only reasonable to expect the institution of marriage to continue to change with time.

In the Indian context, there are far too many challenges. Patriarchy, child-brides, unequal relationships and so on. But there is always hope. And as we take small faltering steps in the pursuit of an ideal society, the question is - when do we begin to recognise same sex marriages? The answer seems to be a long way off.

Recently the Centre told the Delhi High Court that ‘our laws, our legal system, our society and our values do not recognise marriage…between same-sex couples’. They are not alone. This sentiment is echoed by many others.

Sexuality, reproduction and marriage are closely intertwined and often tough for societies to resolve. It has often sparked emotional, religious and political debates. We saw that in 2018, when the Supreme Court, after much deliberation and delay, finally de-criminalised consensual gay sex. It took many years to do away with the archaic law that had lost its relevance in modern times. We are now free to choose our partners in bed, but what about life.

With a steady advance in LGBTQ+ rights, a growing number of countries are legalising same sex weddings. The institution of marriage in its current form, encompasses love, conversations, sex, procreation, sharing responsibilities and happiness. There are technical aspects like property, inheritance, insurance, visitation rights in healthcare and custody and so on. Marriage is the building block of stable communities. By what logic then should the government regulate the relationship between two consenting adults. Specifically denying same sex couples the full rights of marriage is obviously discriminatory.

In India we have seen the Court intervene in cases of inter-religion and inter-caste marriages to protect our choices. This must extend to other groups. The law must ensure equality in the truest sense.

The battle for gay rights has been long and difficult. It took years for the courts to accept it is not an ‘unnatural offence’. There was much reason to celebrate the abolishment of Article 377, but that is just the beginning. Hopefully there will also come a time when a big fat Indian wedding will have two brides or two grooms. That will be a case for celebration. But it won’t end there.

The struggle for the LGBTQ+ community will continue. Up next will be the fight for adoption, artificial insemination, names on birth certificates and so on and on. It is a long road ahead and we take one small step at a time, as long as it is in the right direction.