With the farm bills, The BJP is not so much conducting an experiment as it is following a predictable agenda of right-wing accumulation by dislocation and obfuscation. 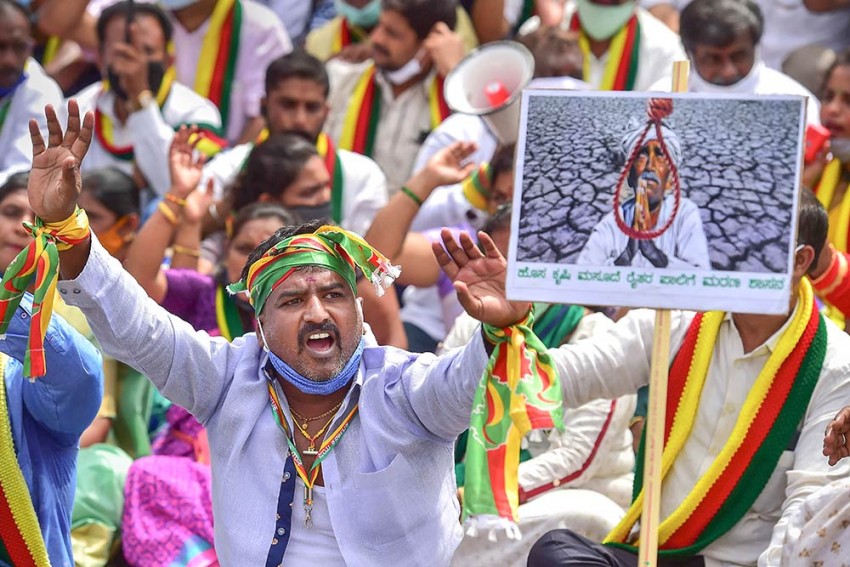 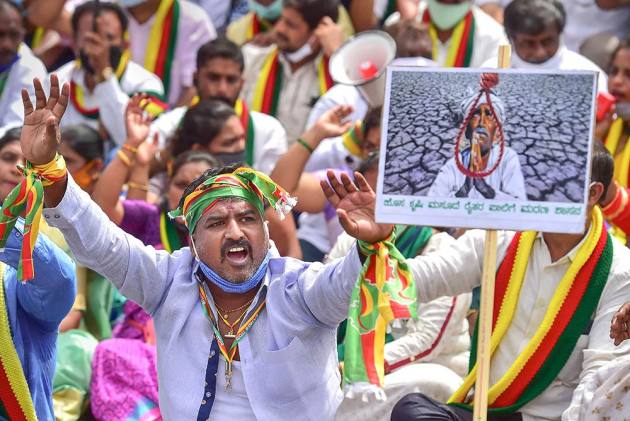 For the last three weeks, thousands of peasants and their supporters have blockaded roads and rails and marched on government buildings in Punjab, Haryana and elsewhere in north India. This is in response to the BJP government's rushed passing of three controversial farm bills designed to liberalise crop procurement, marketing and distribution policies. Despite losing the support of its oldest ally the Akali Dal in parliament, the BJP has refused to make any concessions, while the peasants remain steadfast in their opposition. At stake is not only the popularity of the government but potentially the food supply for over one billion people.

Many commentators have described the agrarian economy as dysfunctional due to years of neglect, mismanagement and entrenched interests. This scope needs to be broadened, to understand it as a legacy of colonialism and the failures of decolonization. Beyond challenging the government’s decision, these protests thereby reveal deeper insights into the tangled history of modern agriculture and the wayward logic of global capital.

Under the British, the claim of a benevolent rule in favour of the peasant concealed several novel transformations in the mid-nineteenth century: caste-based private property, the tethering of revenue demands to cash payments, and embedding agriculture within global circuits of production and consumption. This introduced, and normalized, a new kind of structural volatility: actual harvests no longer corresponded to taxation rates, and fluctuations in commodity prices meant drastic swings between modest prosperity and widespread impoverishment. A bumper crop could be rendered worthless by uncontrollable forces in far-off parts of the empire, and yet the revenue would still have to be paid. The bane of those who became peasants was being at the mercy of the state as much as the seasons.

After 1947, the postcolonial government of India sought to rectify the most egregious aspects of colonial policy. But – since this was a transfer of power rather than a revolutionary victory – the burden of implementing change was almost immediately thwarted and atrophied. Instead, what was put in place from the 1950s onwards was a system of rules, quotas and regulations meant only to minimize the worst of colonial depredations. The purpose was to mainly fulfil the growing needs of a famine-stricken country while bringing about a modicum of stability for landholders of varying sizes. In other words, the state modified and re-directed rather than transcended the tensions among national food supply, capitalist imperatives and rural wellbeing.

The system was temporarily buoyed in the 1960-70s by the dramatic increases in output due to what became known as the Green Revolution. This introduced high-yield seed varieties, chemical pesticides, and fertilizers, and tractor and tubewell mechanization underpinned by price supports and market infrastructure. Yet, the Green Revolution also created a dependency on mono-cropping cycles of wheat/rice, gradually depleted (and poisoned) the water table, and fragmented land holdings through rising indebtedness. As a result, a small class of the most successful landholders was empowered, while fissures over caste relations, gender hierarchy and center-state relations deepened.

The issue today is that the BJP wants to impose measures that will – through the language of efficiency and freedom – essentially undo the most important safeguards of the existing system. With opposition politicians hardly saying a word, peasants in Punjab have been keenly aware of this for months, and that is why they mobilized. If a private system of procurement is allowed, then despite promises to the contrary, the public system will slowly enervate and collapse. In addition, the gamut of other subsidies, supports, and relief measures that depend on government intervention will invariably diminish. Finally, longstanding methods of public redress – sit-ins, boycotts, electoral challenges—will become even less effective. However callous and obstinate a politician may appear, they are not nearly as impervious as a CEO.

The other element to take into account is that agriculture around the world is heavily subsidized, especially in the supposedly free-market bastions of the Global North. Without regular government support, there would be no corn, soybeans, or cotton in the most capital-intensive and well-connected regions of the US and Europe. An ongoing conceptual problem – one that goes back to be beginnings of the discipline of political economy – is to regard agriculture and industry as both analogous and binary. The former is supposed to lead to the latter while at the same time sharing its internal features and logic. This is what leads to comparisons between the two, and proscriptions for one retrofitted onto the other. The field is not, and neither has been nor will be, the factory floor.

The BJP is therefore not so much conducting an experiment as it is following a predictable agenda of right-wing accumulation by dislocation and obfuscation. The outcome is largely known; the gamble is that it will payoff for those that matter to the party. Larger landholders are somewhat better positioned to offset the uncertainty of agriculture by pivoting to more lucrative crops and utilizing distant markets as well as swallowing up smallholders. The vast majority, however, faces the grim prospect of even greater precariousness and can foresee their eventual displacement and unemployment. Corporations and powerful traders are poised to make a windfall.

Importantly, opposition to these bills does not mean automatic support of the status quo. This is the old trick of neoliberalism, to denigrate a certain policy as grossly inefficient (like support price increases, or market rules), and then proffer a radically conservative option as the only possible solution. It is akin to the phenomenon of charter schools in the US: decry public schools as inefficient, then create a parallel private system under the guise of “choice” that further weakens the public system, which then becomes a self-fulfilling prophecy. Additional examples – hospitals, schools, buses, trains, utilities – abound all over the world.

Real alternative solutions are actually not hard to come by. For nearly seven decades peasant activists and union leaders, as well as rural economists and policy analysts, have argued for the need to drastically reorganize agricultural policy. Several national commissions have offered concrete recommendations, while publications such as Economic and Political Weekly put out yearly reviews that offer a plethora of possibilities. Indeed, the 1978 Anandpur Sahib Resolution – long derided by mainstream Indian commentators as secessionist – spelled out specific measures to make Punjab’s economy both more viable and just. All of these have largely failed to elicit serious and sustained responses from either the BJP or Congress.

This is why the current protests have grown to an unprecedented scale. From public employees to transportation workers, students and teachers, religious authorities, and even music artists, as well as diaspora groups, a near-complete spectrum of Punjabi society have come out in favour of the peasants. Their targets too have spread beyond state buildings and infrastructure to private toll plazas, corporate offices, and the residences of politicians. Government obstinacy designed to intimidate and weaken has thereby led to the opposite, a groundswell of popular support, and a hardening of resolve. The peasants have made clear they will not be mollified by promises, half-measures, and endless deferrals. At the same time, attempts by opposition parties to co-opt the protests have also largely failed to gain traction. It is this confluence of disgust and determination that might force more radical possibilities for the future of agriculture to emerge.

The writer is an Assistant Professor in the Department of History at William Paterson University. (Views expressed are personal.)