One Belt One Road A Tool In China's Imperialistic Plan. How Can India Wean Away Other States?

Sooner or later, other countries are going to see through China's plan, and India should cooperate with likeminded countries to help build infrastructure of littoral states

On Sunday and Monday, China has convened a meeting of the One Belt, One Road (OBOR) or Belt and Road Initiative (BRI), as they call it now. The project, initiated by China’s President Xi Jinping in 2013, seeks to connect Asia, Europe, Middle East and Africa, through a land route as well as a maritime silk road. China has stated that BRI is open to everyone and that 65 countries are involved in this exercise though their levels of participation are unclear. In one of the last minute u-turns, the US has decided to participate in the meeting this week, partly because President Trump is trying to keep China happy in order to put pressure on North Korea, among other reasons. India has decided not to participate because part of the BRI, the China-Pakistan Economic Corridor (CPEC) connecting China’s western province Xinjiang to Gwadar Port in Baluchistan in Pakistan, runs through Pakistan Occupied Kashmir (PoK). 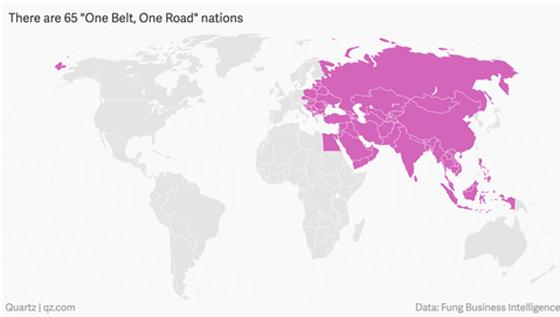 The BRI is clearly President Xi’s pet project and he is intent on making it a reality. The BRI is not a single project but one with several different connecting corridors such as the CPEC. China is leaving no stone unturned in its efforts at luring in as many countries as possible. 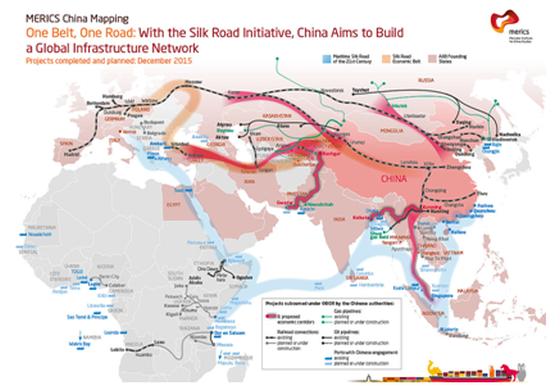 China has touted OBOR as an economic and connectivity initiative but it is much more than that. This is a mega strategic project aimed at intensifying China’s reach and influence across continents. It is also aimed at beefing up its own economic security and productivity by exporting its saturated infrastructure-building capacity, extending Chinese loans to countries (and get them into a debt trap as is the case with Sri Lanka already), on a repayment basis, and sending out Chinese labour to implement BRI in various countries. China is certainly not being magnanimous in building these projects in various countries – it is loaning finance and there have been issues about the high repayment costs. Despite this, much of the Indian neighbourhood appears to support China in developing the BRI. In addition, Russia is a firm supporter – Russia and China earlier linked the Russian Far East Development Programme for Siberia with the Chinese initiative. Russia also aligned its Eurasian Economic Union with BRI. The Russian eagerness is possibly driven by the broad sense of isolation it feels from the west.

India is generally open to and has encouraged regional connectivity but New Delhi has remained skeptical of the Chinese initiative for a couple of reasons.  For one, this project has been developed with no prior consultation with other key players though whose territory some of the major corridors pass through such as the China-Pakistan Economic Corridor (CPEC).

For another, the BRI has a strategic dimension that India cannot ignore.  The BRI’s maritime component called the Maritime Silk Road (MSR) is a new name for the old String of Pearls that China had established in India’s own neighbourhood. China has been expanding its reach into the Indian Ocean, the Bay of Bengal and the Arabian Sea, especially through ports and other infrastructure facilities and the MSR will give a big fillip to these efforts. As a rising big power, China can be expected to expand as rising powers have traditionally done throughout history but the unilateral manner in which China has engaged in these projects along with its aggressive behaviour do raise concerns. The possibility of many of the civilian maritime infrastructure being used for military purposes during a conflict cannot be ruled out. The problem has been that there is a huge gap between China’s rhetoric and reality on the ground. Developments in the South China Sea offers sufficient proof for this. China has set up intelligence and listening posts on the islands in the South China Sea in addition to militarising the islands despite its rhetoric of peaceful development. China operates military helicopters out of these islands and they have also deployed Surface to Air missiles (SAMs) on these islands. Thus, China’s rhetoric that BRI is only an economic and connectivity project is a little difficult to believe.

On the other hand, India cannot simply stop with just rejecting the BRI.  It also has to have a more positive response.  Though India cannot build a counterpart to the BRI, it can cooperate with other like-minded countries such as Japan to provide greater help to Asian and Indian Ocean littoral states to build their infrastructure. Considering China’s mercenary approach, others are likely to see the BRI as the imperialistic plan it is, sooner rather than later.  India needs some options that are more truly cooperative that can wean some of these countries away from China.