Ola Starts Operations In The UK

Ola has started its first UK services across South Wales, including in Cardiff, Newport and Vale of Glamorgan. 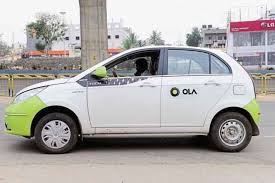 Ride-hailing company Ola said on Monday it has started its services in the UK market beginning with South Wales.

"Ola has today started its first UK services across South Wales, including in Cardiff, Newport and Vale of Glamorgan... It will be the only ride-hailing app in south Wales to offer customers the option of private hire vehicles (PHVs) and taxis on one user-friendly platform," Ola said in a statement.

It added that the company is offering commission rates at 10 per cent for PHV drivers and 5 per cent for Taxis – as well as payments made daily - to help driver partners earn more money and access it easily.

"Over recent weeks, Ola has received positive feedback from drivers in South Wales and looks forward to providing passengers with a dynamic, new responsible service. We are determined to do a great job for the community and work closely with local authorities to help with their mobility goals," Ola UK Managing Director Ben Legg said.

Ola said it is working with local authorities across the UK to expand nationwide by the end of 2018 and has already obtained licences to operate in Greater Manchester.

The UK is the second international market after Australia for the Bengaluru-based company.

In Australia, Ola offers its services in seven major cities including Perth, Sydney, Melbourne and Brisbane and claims that over 40,000 drivers have registered with it since the launch in February in the country.

International expansion is an important part of the strategy for Ola that has stated that the company is operationally profitable in India and would soon become cash flow positive. The company is also looking at an IPO in the next few years.

In the UK, ride hailing apps that currently connect commuters with black taxis include Gett and Mytaxi.

Ola will also compete with US-based rival Uber. The two companies, which count SoftBank as a common investor, have been locked in an intense battle in the Indian and Australian markets.

The UK is an important market for Uber but the company has also faced criticism over issues like passenger safety and treatment of drivers. Transport for London (TFL) had stripped Uber of its licence last year but a court granted Uber a 15-month extension on its London licence last month.