'No Smile Please': CISF Men To Smile Less At Airports To Avoid Attacks Like 9/11

CISF Director General (DG) Rajesh Ranjan echoed his views and said an over-stress on just enhancing soft skills of the airport security personnel had its own pitfalls. 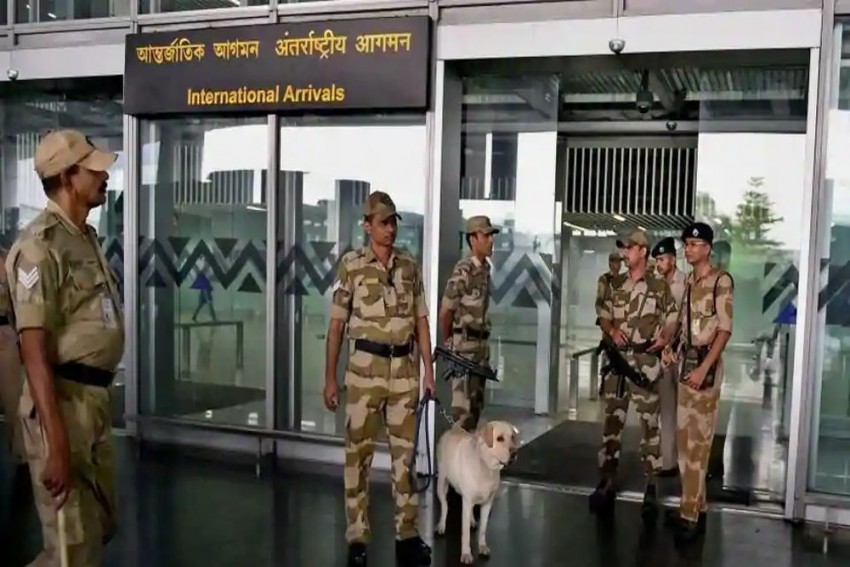 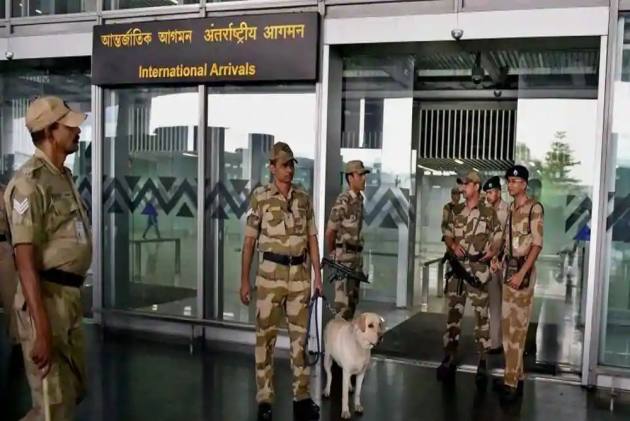 The Central Industrial Security Force (CISF) has given a new guideline to its personnel – ‘Don't smile broadly but sufficiently’.

The force responsible for airport security across the country has asked its personnel not to be over-friendly with passengers as it shifts from a 'broad smile' concept to a more disciplined and 'sufficient smile' theory to welcome travellers so that it can focus more on further improving their security, two top officials said Monday.

"From broad smiles, we are now coming to a sufficient smile system as focussing on the core area of ensuring fool proof security is more important," said the force's Additional DG and chief of aviation security M A Ganapathy when asked about imparting soft skills to CISF personnel for better interaction with passengers.

CISF Director General (DG) Rajesh Ranjan echoed his views and said an over-stress on just enhancing soft skills of the airport security personnel had its own pitfalls.

"We cannot be over-friendly with the passengers because one of the reasons cited as to why 9/11 (the 2001 terror attack on twin towers in US) happened...was excessive reliance on passenger-friendly features where security personnel went out of the way to ensure that the passenger is facilitated, thereby compromising on security," the DG said.

"So, friendly smiles are good but focus should be on the core duties (of security) that we perform at the airports as also rightly pointed out by the ADG," he said.

Also, the behaviour and discipline of CISF personnel have been analysed by many agencies, he said, "and I can say that we shine above the world in this domain."

The paramilitary force guards 60 civil airports of the country at present and has also made a case for installation of body scanners for passenger screening and procurement of body-worn cameras for its personnel to make security system robust at airports.

While the scanners will ensure that a traveller does not conceal any item in his body that could be a security risk to the terminal or in the aircraft, the body cameras will be sported by CISF jawans for audio-visual recording of the interaction between them and the arriving passenger and its feedback will be used to better flying procedures and ensure correct behaviour by both parties.

While the scanners will be procured by the airport operators after approval from regulatory authorities like BCAS, the body-worn cameras will be purchased by the force once it gets the required budget, ADG Ganapathy said.

Ranjan added that the force is experimenting with modern technology at various airports of the country for better security.

"We have tested the body scanners and body-worn cameras over a period of time and we have given our recommendations to the government which includes the Bureau of Civil Aviation Security (BCAS), the Ministry of Civil Aviation and the Union Home Ministry.

"The recommendation is to procure these gadgets," the Central Industrial Security Force chief said.

He added that the force is yet to get the "details" of the Digi Yatra initiative, announced by the Civil Aviation ministry recently, for seamless travel for air passengers.

Ranjan said the force is of the opinion that all civil airports in the country should be under its security cover but issues like cost of deployment (of CISF) and threat perception to a facility are subjects analysed by other stakeholders in the domain.

When pointed out that the recently inaugurated Pakyong airport in Sikkim does not have a CISF cover, the DG said that such border facilities are "strategically very important from our point of view and they should have robust security set up" but the decision to deploy CISF at any such facility is taken by the government.

He said that airports in Jammu and Kashmir, presently guarded by other forces like the CRPF, should have "much more robust security infrastructure" but the final decision in this context is taken by the government after assessment by multiple agencies.

The DG added that the CISF was "ready and prepared" to take over security responsibilities of the new and small airports made operational by the government under the regional connectivity scheme (RCS).

"It is a thought to deploy CISF at some airports (under RCS) but there is no decision yet," he said.

The DG said the CISF will soon take over security duties at the newly-built Kannur airport in Kerala.

He said the force is looking at modern technology to launch 'express security check' of hand baggage, electronic stamping of boarding cards and dispensing hand baggage tags at all airports under its cover.

At present, hand baggage is not tagged at 48 airports, out of the total 60, by the CISF.

The DG said issues of getting adequate CCTV coverage at airports and having bomb disposal and detection squads at all of them are being addressed timely.