No FIR Against Sitting Judges Of SC, HC Without Consultation Of CJI, Says Supreme Court 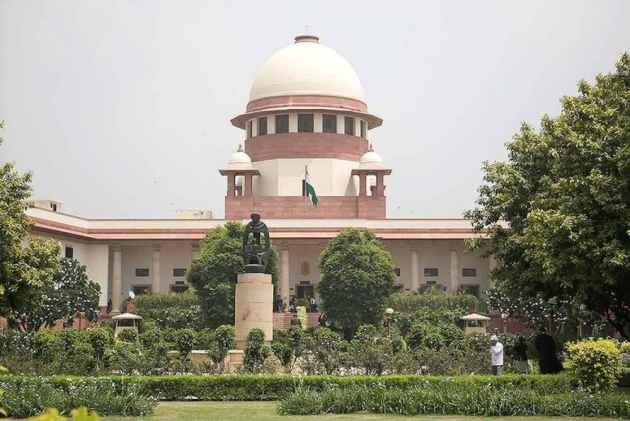 Independence of judiciary cannot be left "at the mercy of the CBI or police", the Supreme Court today observed while reiterating that no FIR can be lodged against a sitting judge of the apex court or the high courts.

A three-judge bench headed by Justice R K Agrawal, while dismissing a plea for SIT probe in an alleged case of bribery in the name of judges, referred to a 1991 constitution bench judgement that had held that registration of FIRs against sitting judges of the higher judiciary was not permissible.

"Thus, the instant petitions as filed, are a misconceived venture inasmuch as the petition wrongly presupposes that investigation involves higher judiciary, that is this court's functionaries are under the scanner in the aforesaid case; that independence of judiciary cannot be left at the mercy of the CBI or that of the police is a red herring," the bench, also comprising Justices Arun Mishra and A M Khanwilkar, said.

The apex court said there was no "reflection" of any name of the judge of apex court in the FIR lodged by the CBI in the case in which allegations of bribery were levelled for securing settlement of cases relating to medical colleges.

"Any complaint against a judge and investigation by the CBI if given publicity, will have a far-reaching effect on the judge and the litigant public. The need, therefore, is of judicious use of action taken under the Act," the bench said.

Referring to the constitution bench verdict of 1991, the top court said it had observed that in order to ensure independence of judiciary, the apprehension that the executive being the largest litigant, it was likely to misuse the power to prosecute the judges.

It said there cannot be registration of FIR against the judges of higher judiciary without consultation with the Chief Justice of India (CJI) and, in case there was allegation against the CJI, the decision has to be taken by the President in accordance with the procedure prescribed in the judgement.

"There cannot be any FIR even against the civil judge/ munsif without permission of the Chief Justice of the concerned court; and rightly, FIR has not been registered against any sitting judge," it said.

"Otherwise, on unfounded allegations, any honest judge to the core can be defamed and reputation can be jeopardised. No judge can be held responsible for what may, or has happened in the corridors, or for 'who purports to sell whom'," the bench noted in its order.

The bench also said it was apparent from the facts that no favourable order was granted by the top court in the medical college matter in connection of which an FIR has been lodged by the CBI.

"Thus, it is a far-fetched and too tenuous to even assume or allege that the matter was pending in this court for which any bribe was to be delivered to anyone," it said.