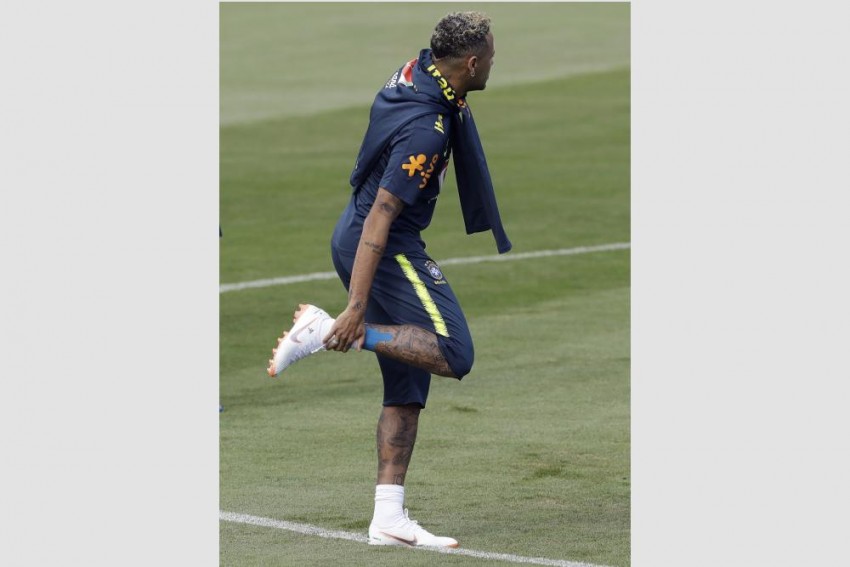 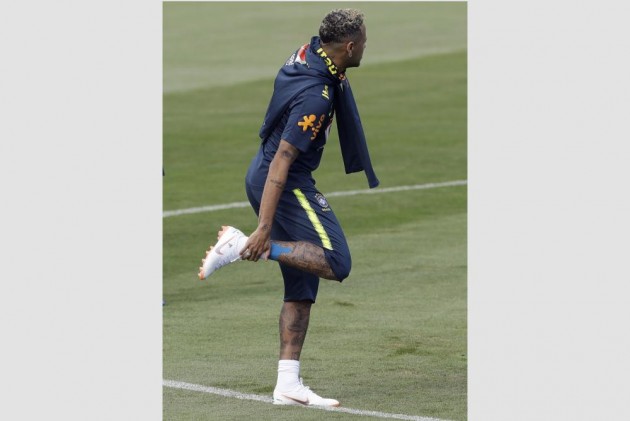 Neymar limped out of a training session on Tuesday, setting alarm bells ringing in the Brazil camp as they fear that he may miss  the next match against Costa Rica  scheduled on Friday.

"Neymar came out of training today with a painful right ankle," said Vinicius Rodrigues, a spokesman for the Brazilian Football Confederation (CBF).

He put the the knock down to the number of fouls Neymar received in Sunday's 1-1 draw against Switzerland in Rostov-on-Don in Brazil's opening Group E outing.

Neymar had not taken part in training on Monday, as the side returned to their base in Sochi on Russia's Black Sea coast.

Rodrigues said the problem concerned the Paris Saint-Germain star's ankle and not the foot he fractured in February, an injury that forced him to miss the rest of the club campaign.

"As soon as he felt the pain he went to the physio. He will stay there for today and tomorrow (Wednesday) morning, and will train as normal tomorrow," added Rodrigues. Brazil are then due to travel to Saint Petersburg, where they will play Friday's game.