Earlier last month, ex-DIG Roopa grabbed headlines when she, in a report, said that Sasikala availed VIP treatment in the prison by bribing jail officials 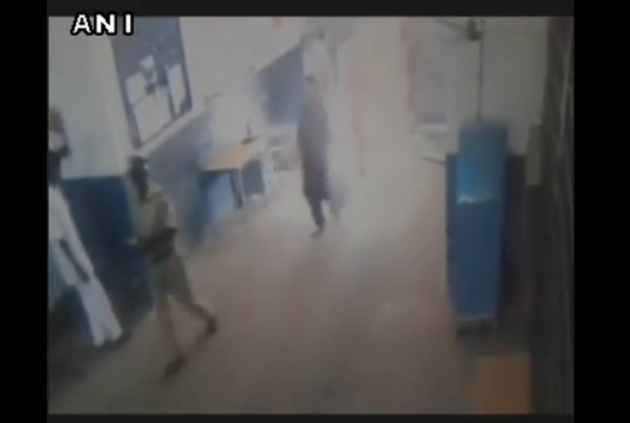 After earlier footage showed her with shopping bags inside prison,  footage of All India Anna Dravida Munnetra Kazhagam (AIADMK) general secretary V.K. Sasikala was submitted to the Anti-Corruption Bureaun (ACB) allegedly by ex-deputy inspector general of police (DIG) (Prisons) D. Roopa showing the former and her relative Ilavarasi, convicted by the Supreme Court in the disproportionate assets case, walking into the main entry area of the Parappana Agrahara Central Prison in civilian attire.

Roopa submitted the footage yesterday as part of her statement to the ACB of the Karnataka Police.

Following the summons by the ACB, Roopa had submitted 74 enclosures as evidence to substantiate her charges. She received summons on July 31, the day Director General (Prisons) G. Sathyanarayan Rao retired.

Earlier last month, Roopa grabbed headlines when she, in a report, said that Sasikala availed VIP treatment in the prison by bribing jail officials.

Roopa, in a report to the Director General (Prisons), had said there are speculations that Sasikala paid bribe to prison officials to get special facilities for herself with rumours also of the DG being a beneficiary himself.

The report by the DIG (Prisons) had asserted that a bribe worth Rs. 2 crore was given to the prison officials by AIADMK chief VK Sasikala for, including the DG (Prisons), in order to avail special facilities in Parappana Agrahara central prison.

The DG (Prisons) categorically denied all the charges, where Roopa, maintained her stand, saying that she has no issue with an inquiry taking place into it.

A notice was then sent to Roopa accusing her of "damaging the integrity and reputation of Sathyanarayan Rao," which according to law comes under defamation.

The notice also said that Rao will also be approaching the concerned Income Tax Department to find out the source from where the "alleged Rs. 2 crore were mobilised."

The notice further said that Roopa also alleged that Sasikala had set up a private kitchen, where special food could be made for her, but as she failed to take snaps of the place, it only shows that the place was "non-existent" although she (Roopa) claims that the evidence was erased.

The notice said that Roopa had tried to defame the "whole system" of this country, including the President of the nation.

Subsequently, Roopa was transferred to the Traffic and Safety wing.