Nandini Rao, One Of 14 Feminists Who Wanted The List Of Sexual Harassers Be Pulled Down, Now Admits To Doubts

The independent activist was one among those who asked The List in Indian academia to be pulled down on the grounds that it is not in sync with due process. 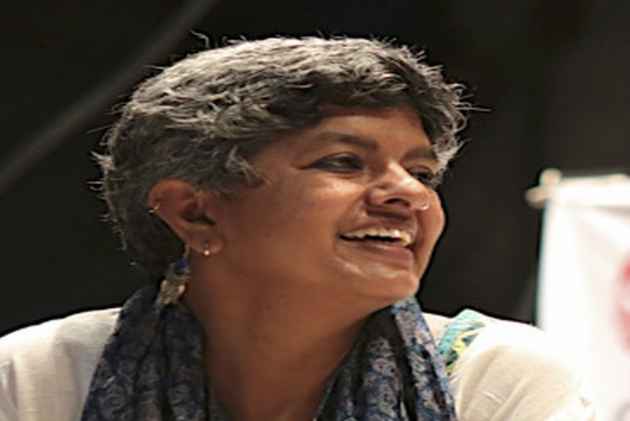 Nandini Rao, an independent activist, was one among those who asked The List of ‘sexual harassers’ in Indian academia to be pulled down on the grounds that it is not in sync with due process. In an interview with Pragya Singh, days after the statement came in for much criticism from the pro-list feminists for not emphatically backing the victims, she wonders if it could have been worded differently and calls for feminist solidarity—“If this is a moment to change the discourse, can we do this together?”

Why is it that the publication of this list of sexual offenders has divided feminists?

I want to say first that I am speaking for myself. This is important because of the feminist-versus-feminist debate. First off, this list has led to lots of churning, and many feminists have engaged with it. That is a huge positive. Second, I find the ‘old’ and ‘young’ feminist tropes raise a false binary. The starting point of the list was the understanding—and many who work in this area know this—that there are men out there getting away with impunity in most cases of sexual harassment. So the list is a starting point for the current round of discussions on how to lessen this impunity. The feminist movement has given us space to start thinking of a new strategy together. After all, it is a collective, and needs to be strengthened now.

The feminists are in an awkward position as they appeared to oppose a list of sexual offenders, rather than the other way around.

First off, there are leaders already, from across class, caste and genders, in the feminist movement. That is the richest part of the movement and it is why we fight. This is why the movement is important, because it is extremely vibrant. The events since the list and the Kafila statement have made me deeply reflective and introspective. This is a moment for me to acknowledge, ‘this is where we are’. And then, to take a step back and then, to gather ourselves up from here with all these people and the potential they have.

These new voices of feminism, if you will, seem to suggest the existing voices must be silenced, that they have not served the purpose of a movement....

Any movement, with so much churning going on, will naturally have great diversity. Who will come ahead after this manthan is what movements are all about. Some will step back after the churning. If so, that is great. Yes, there are people who are newly identifying themselves as feminists. I am beginning to hear their voices—I don’t know if I heard them as much before, but now I do. There are, now, different ways of being a practicing feminist and those ways cannot be brushed aside.

Isn’t that why the anger against the Kafila statement arose? That the talk of due process seemed to add salt to wounds?

We never meant to brush voices aside. We wrote an appeal. There can be [issues with] the way it was worded etc but the crux of it was that we want, with or without the list, to strengthen due processes. The instant reaction to that was that we meant “law” when we said due process. I can say from experience that feminists have always used different processes—the Chhattisgarh process cannot be the Delhi or urban process, obviously. So I feel that looking at due process, at institutional processes, does not mean those are the only thing to do.

Many feel alienated by due process, by the existing mechanisms….

Yes, yes, to all that. And yes also to the fact that the way around [the pitfalls of due process] is for people to reach out in other ways. Anonymous circles are also a way to reach out. They have no hope from institutional process so they are saying, ‘we will do this in our own way’. That does not mean it has to be my way or the highway. Even if we seek different ways, justice for all is our common goal and that is my position.

Why was this not immediately grasped by those who wrote the letter, by you?

This list has helped a lot of people get out of their sense of isolation. It also triggered so many people. My impulse now is to reach out in support, because of course, I am speaking in retrospect. Then again, we must reach out for we don’t have anyone else except each other. I look at this as an important moment, when we need to reiterate mutual support and shared goals.

Don’t you agree with the young women—due process is one big let-down.

This is tough to answer but I think we will always be lagging behind in these cases. We don’t get to get ahead in such matters. It will always be a scramble. That is the nature of sexual harassment. There will always be a long list [of victims] ahead of us. Where there is power, there is abuse of power—this is nothing new—but as a consequence we are also often fire-fighting a lot. The question for the list can, therefore, also be how long will such a list get—it will, of course, keep growing.

Has the feminist movement let down so many women? Now students seem to want something entirely new in character. Why did this happen? Why else would there be this eruption?

That is a slippery question. I think what is happening is that because the list came out and then our appeal to Raya, many cans have opened. Yes, women have spoken about the prevalence of sexual harassment, but when you put something down in writing it has an altogether different meaning. But the list also needed to come out for another reason—so that we can state that we may have other ways but justice for all is what we seek.

Did the appeal on Kafila backfire and do you regret writing it?

One explanation is that there are different ways of looking for closure (for women witnessing or experiencing harassment). At that moment, just after the list was published, things appeared very different. A week later, I wonder if our statement had been worded differently, maybe, there would not have been such a reaction. That said this moment, an eruption, gives us—it should at least—an opportunity to think harder and do more. It must not be one versus the other. It can be a moment of solidarity.

But things have been said that squeeze out the space for reconciliation—phrases like ‘savarna feminists’, ‘dinosaurs’, ‘aunties’?

But that is exactly why I feel this is a moment to step back and that that is actually wonderful. I have no problem with stepping back—more power to them, in fact. This discourse is different and needs new kinds of leadership—dynamic, adivasi, tribal…. The challenge that lies before us, who consider ourselves part of the movement, is “what next?” One “what next” is what I am listening to—I am hearing how people feel about what is going on [the list, the statement, the aftermath]. I feel it is very important to stop and listen, silently. Once that is done, once discussions are over, we have to work out how to solidify our processes—legal, judicial, institutional—to see what ideas we can pull forward.

And on the ‘savarna’ feminist charge?

Of course I am also looking at my privilege—I come with a lot of privilege and feel it needs to be reflected upon at all times. I am absolutely not going to deny this privilege but at the same time I don’t want a ‘you-versus-us-versus-them’ discourse. We need to slow down with that. We know we are fighting for the same thing. If this is a moment to change the discourse, can we do this together?

Following are the two other stories of #TheList Interviews: Accuser, Accused, Sceptic series:

READ ALSO: 'Perpetrators Are Shamed Under Due Process Too…Farooqui, Tejpal, Khurshid Were All Shamed. Was Anyone Convicted?': Raya Sarkar

'I’ve Been Telling Myself Over And Over I Will Not Commit Suicide,' Says Prof Ish Mishra, One Of The Accused In The List