'Modi's Concern For The Minorities Is Treated Only As Empty Verbosity' 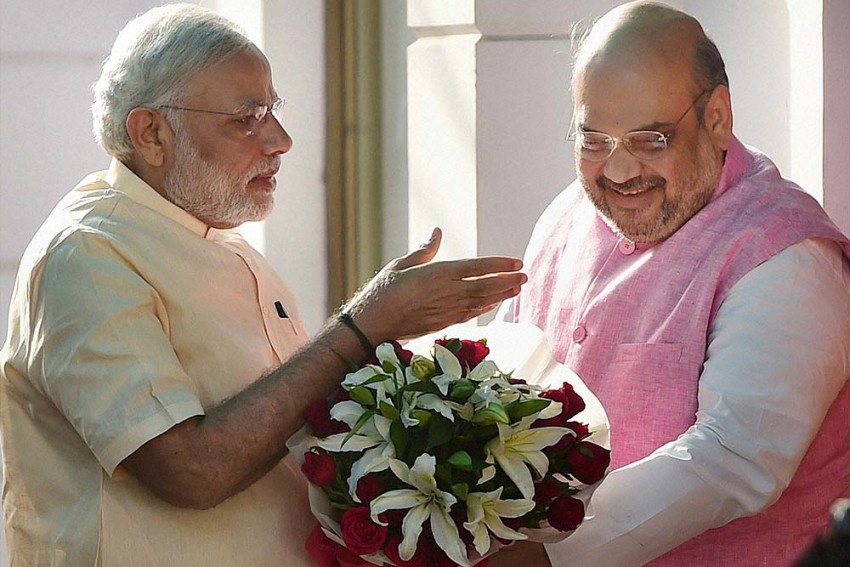 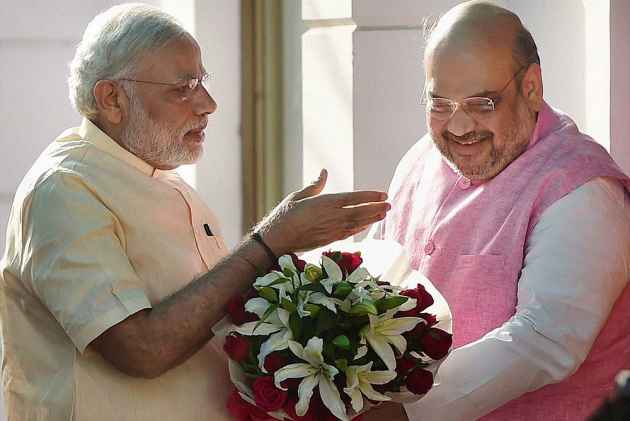 Every new central Government in India is judged after a semi honey moon period of one year by the public and the press. Partisan Critics normally pose questions on their own so as to deliberately embarrass the governments, because it is possible that government on its own may never have claimed success on those counts. So let us be extra fair to Modi Government — Judge it only by what it on its own claims its principles and politics.

As per press reports Modi recently warned B.J.P. members from spreading communal hatred, acknowledging that provocative comments made by some of his party colleagues were totally uncalled for and declaring that constitutional guarantees of religious freedom and non discrimination were non-negotiable. As a theoretical proposition, no one can disagree. This is consistent with accepted wisdom, namely "that in any country the faith and the confidence of the minorities in the impartial and even functioning of the State is the acid test of being a civilized State". But how different is the ground reality.

This principle was grossly breached by a Muslim Minister of Modi Government when justifying Beef Ban on TV and he felt bold enough to make an atrocious statement advising Muslims to go to Pakistan if they wished to eat Beef. This should have resulted in summary dismissal, but one has not even read public rebuke of him by Modi. Not only that, but BJP seems to justify this policy by putting the farce of excuse that since large number of population (meaning Hindus) are against it, banning is justified. But on this curious reasoning, as at least 14 crores Muslims are in India (a population exceeding almost every country of Europe), why not then ban Pork/Ham. Eating habits of population of various religions can not be a matter of government policies, unless of course the real purpose is to hit at the economy of these communities who may be living by that business.

Personal safety, equal treatment by State is another test by which minorities would judge Modi. Recent happenings in village Atali (Ballabhgarh, Haryana) A team of Socialist Party (India) and PUCL recent visit to Atali Village disclosed the partisan and communal face of Haryana B.J.P. Government. It was on 25th may, 2015 that a mob of Hindus attacked Muslim Houses and destroyed a part of mosque which was being built by Muslims on admittedly wakf land. Muslims in panic had to flee from the village and take refuge in Ballabhgarh Police Station and could only return on 3rd June, 2015. There is still panic and state of uncertainly. But Haryanas B.J.P. Chief Minister has not deemed it necessary to visit the village and assure Muslims that justice will be done to them. Rather his callousness in the matter is frightening. The Chief Minister went on official tour to Faridabad on 7th June, 2015, a distance of about 15-20 km from the village which is in news throughout India for the last 3 weeks. But such is his shameful indifferent conduct that he does not consider it necessary to visit village Atali and give (leave apart solid concrete assurance of police protection and compensation for damage done to Muslim properties), but just even some consoling words to Minorities. But then I am told Chief Minister Haryana's eligibility was not his political abilities and work but his exclusive RSS work over the last two decades — it seems his anti Muslim bias — a trade feature of RSS training continues to still guide him in his duties as a Chief Minister. In that context is it any surprise if claim of Modi's concern for the Minorities is treated only an empty verbosity.  In that context, would not Modi consider in the interest of his own credibility to publically admonish and remind C.M. Haryana of the obligations and principle of Raj Dharma, so expounded by Hindu Shashtras.

B.J.P. leader Amit Shah who is really running the party is a deep quiet conspiratorial personality. He very innocently seeks to avoid entering into arguments on building Ram Temple and abrogation of Article 370 of the constitution by pleading that B.J.P. has not been given this mandate on these issues. And yet surprisingly lesser B.J.P. minions indulge in provocative slogan of completing the project of "Ram Mandir" and Abrogation of Article 370 of the constitution. Modi keeps conspiratorially silent. That is why when Modi stresses that his sole agenda is development for all it does not cut ice with the minorities, apart from the fact that in reality Modi's development programme is corporate friendly and anti labour.

Modi's visit to Israel is being projected as a big visit, but surprisingly he is not combining it with visit to Palestine. In my view this decision apart from reflecting anti Muslim bias is bad for the reason that Israel is by overwhelming majority of U.N. members and even by U.S.A. government (Modi's close ally President Obama) being criticized for over decades for not vacating its illegal occupation of Palestine territory which is recognized as an independent nation by U.N. This is also a breach of India's own consistent policy right from the beginning which has been demanding vacation of Palestine territory. Is it any surprise that if Muslims in India (and for that matter overwhelming Hindus even) would consider such a limited visit as an anti Muslim bias of Modi Government.

Modi is making all efforts to assure Army that he is committed to one Rank One Pension in Army, like the civilians already enjoy it. So what is holding him back. The jugglery of civilian bureaucrats that it will mean an additional expense of Rs. 8000 crores — but then let the civilian bureaucrats also tell us what is the cost in equal past pension already being enjoyed by civilian since 1986. And pray, let Modi find out what relief is being given in Minimum Alternative Tax already due from Corporate Sector, mostly foreign (which at the minimum is said to be Rs. 30,000 crors). Any wonder, if this unsympathetic approach by Modi Government has made the army ranks uneasy and being discriminated. I hope Modi realizes the consequences of delaying justice to the army and pandering to civilians and corporate sector.

I am sorry, the review above is certainly not complimentary to Modi's claimed impartial governance.

This piece first appeared on India Resists and has been reproduced verbatim without any editorial changes.