India's annual defence spending has been more or less flat as annual 6% increase manages to cover only inflation. 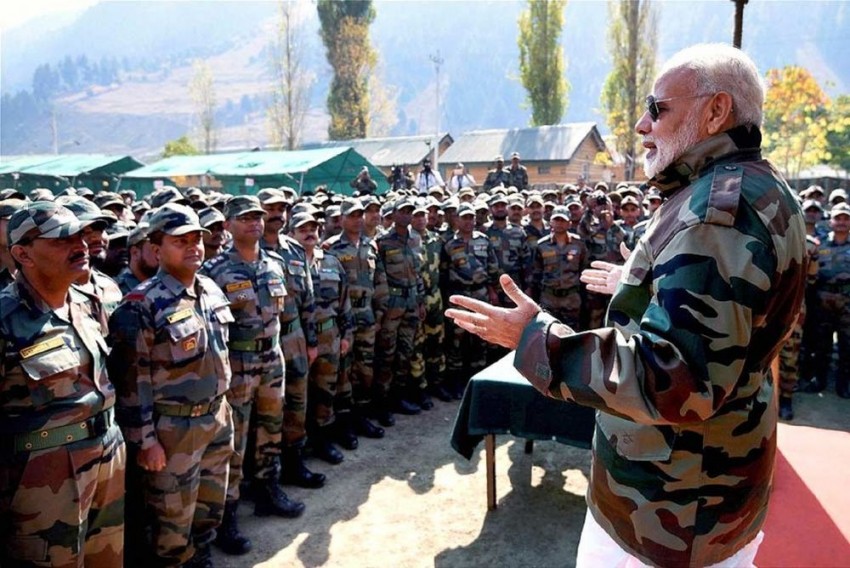 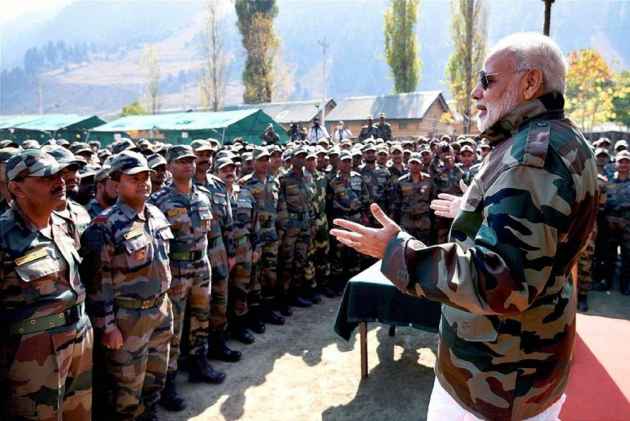 The Union budget presented on February 1 had some fascinating and unexpected aspects. First was the lack of defence spending, which upset our strategic experts. India spends Rs 400,000 crore a year on its army. To put the number in perspective, the 'Modicare' scheme (which we will discuss later), that intends to cover 50 crore poor Indians is estimated to cost only Rs 10,000 crore a year.

The spend on the army includes a pension payout which is 10 times bigger than 'Modicare', meaning Rs 100,000 crore. One rank one pension is something no other government servant, like postman, sweeper or teacher get. Only retired soldiers demand, and secure, such permanent benefits from a poor nation. The 4 lakh crore does not include another Rs 30,000 crore or so that India spends annually on groups like the CRPF, which are also on permanent defence deployment in Kashmir and the Northeast. They are included in the definition of 'armed forces' and protected by laws like AFSPA.

While the Narendra Modi government has not cut defence spending, it has increased it only by about 6 per cent per year, each year, since 2014. This is only marginally more than the rate of inflation, meaning actual spending has been more or less flat. Experts worry that at a time when the Chinese government is becoming aggressive in its zone of influence, India is not taking up the challenge. To me this attitude of Modi, which is to talk loudly but carry a small stick, is wise.

I don't have any problem with nations maintaining armies. It is not really a question of becoming an unarmed nation or turning the other cheek or anything like that. But we must put our security in perspective and prioritise. The average Indian citizen is far more likely to be affected by disease and poverty than a Chinese invasion. We must put our security in that context and if we do, then Rs 400,000 crore is too high a price and Rs 100,000 is too high a pension payout.

Whatever other experts might feel, I think Modi has done a terrific job in restricting, if not quite cutting, this absurd sum. Let us now turn to the scheme that is being called Modicare. It will offer insurance to 10 crore families, and if we count the average family as five people, it covers 50 crore individuals with a maximum benefit of Rs 5 lakh per family.

Experts have the following issues with this scheme. First that Arun Jaitley has not allocated enough money for it. Only Rs 2,000 crore has been allocated while the actual cost is likely to be much higher. Insurance premiums for a coverage of Rs 5 lakh is likely to be around Rs 1100 to Rs 1400 per year per family. This means an amount of around Rs 11,000 crore to Rs 14,000 crore.

Second, that the scheme is only an annoucement. The government says it will take six months to work out how the scheme will work and begin to implement it in the second half of the year. Surely it should have been thought through first and then announced.

Thirdly, the scheme expects state governments to pay about half the cost, and this conversation with states has not started.

Fourth, that such schemes already exist in a few states (which are already paying Rs 1100 or so) but they have not made sufficient impact.

Fifth, for many Indians it is the physical access to a quality hospital that is the problem. Good facilities do not exist in many parts of India and so an insurance based solution does not resolve the lack of basic infrastructure.

Sixth, studies have shown that India's government medical facilites are among the worst in the world, including issues like absenteeism and unaccountability. So the problem is also governance. It would be an abdication to ignore this and look only at insurance schemes.

All of these objections have merit and need to be addressed. However, the health plan is still an excellent idea. Even if it is only an announcement, it will force the government to spend at some stage. It elevates the issue of the health of the weakest and most deprived Indians. It brings healthcare into the national conversation, from where it has been absent unlike defence and one rank one pension.

As long as the pressure exists, the money will be found. Once the citizen is armed with the money, she will also demand the facility. Whether Rs 5 lakh is sufficient or not is also something we will discover.

For all of these reasons, I think this move is a terrific one. I have no love of sympathy for the sort of religious majoritarianism that Modi has practiced all his political life. What is happening under him is frightening and alarming on that front. But that should not stop us from applauding him when he comes up with something good. The health scheme has changed the national conversation. For that reason it must be supported.