Home  »  Website  »  International  » Opinion  »  Modi Is Travelling To China To Break The Ice Of His Own Making!
Opinion

Modi Is Travelling To China To Break The Ice Of His Own Making! 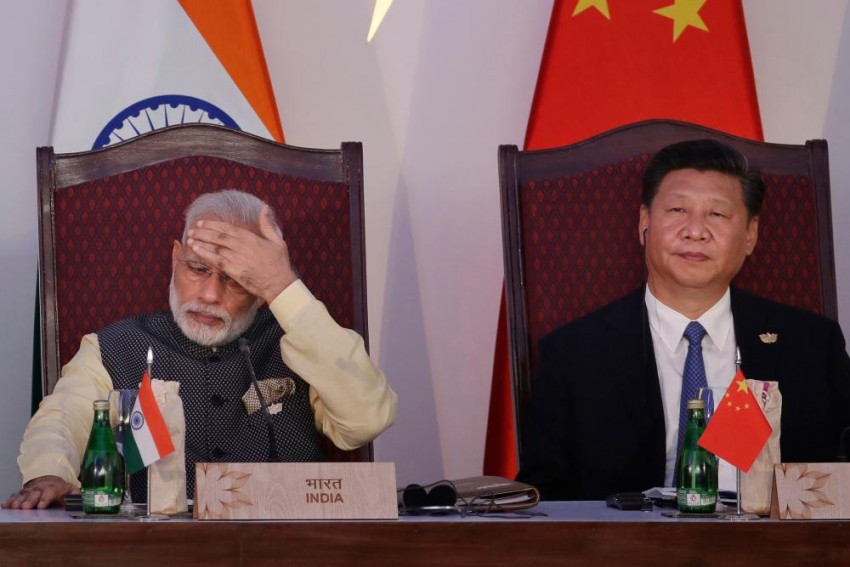 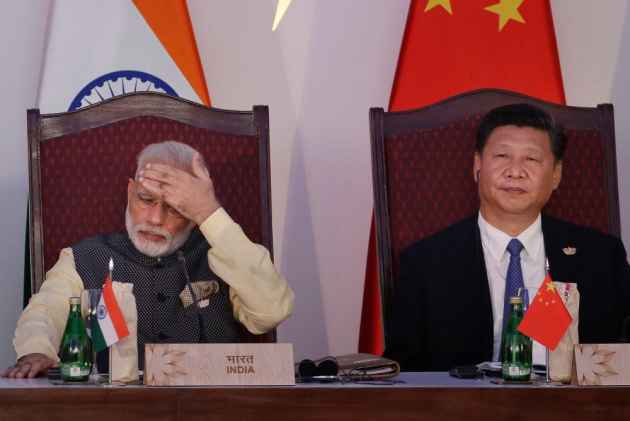 Prime Minister Narendra Modi will be traveling to Chinese city Wuhan on 27 April 2018 on a two-day visit to meet and engage in a ‘heart-to-heart’ talk with President Xi Jinping. Modi is not visiting China for the first time, it will be his 4th visit in his 4 years as Prime Minister of India. However, this Modi foreign visit is being hyped up by Indian media in its usual style, calling it as a landmark ice-breaking visit and comparing it with late Prime Minister Rajiv Gandhi’s visit to China in 1988 and meeting with Deng Xiaoping. It is true that Rajiv Gandhi’s China visit was historic as it had helped two Asian giants exploring areas to cooperate forgetting the memories of 1962 war. Whether Modi’s visit will be successful to retrieve the bilateral relation from further becoming openly adversarial is yet to be seen. But, no one is asking why has the relationship with China deteriorated so much and so fast in the last 4 years that Modi has been forced to undertake this travel to revive it.

China and India had a well-functioning working relationship, which was assiduously nurtured since 1988 by both the countries. In spite of serious differences over disputed territory and Tibet, both the neighbors had found ways to cooperate on areas of economic and cultural importance. Disputed border had become peaceful and military confrontation had become a thing of the past. Both the countries were aware of each other’s limitations and were trying their best to be accommodative. However, Narendra Modi’s election as the Prime Minister in 2014 changed India’s position and it started taking confrontational position vis-à-vis China in regular intervals. The very first act of Prime Minister Modi to annoy China was when he invited the Prime Minister of the Tibetan Government-in-Exile to his inauguration. Not only that, Modi even launched a direct criticism of China from Japanese soil in September 2014. Organizing visits for Dalai Lama and American ambassador to Arunachal Pradesh were nothing but to irritate China. Similarly, allowing Tibetan Government-in-Exile to unfurl the Tibetan flag at Pang Gong lake in Ladakh, through which Line of Actual Control (LAC) passes through. Another of this type of thoughtless provocation was issuing visa to Uyghur leader Dolkun Isa to visit India, though later it was withdrawn.

Modi by signing the LEMOA in August 2016 with the USA, committing to increased cooperation with the American Navy in patrolling Indian Ocean, and directly being confrontational with China over the NSG membership have not only ruined India’s relationship with China but also have facilitated further strengthening of China’s relation with Pakistan. While the rest of the world came forward to attend the formal inauguration of China’s Belt and Road Initiative (BRI) at Beijing in May 2017, surprisingly Modi decided to boycott it. Some BRI projects are in the disputed areas of Kashmir, but China’s engagement in infrastructural development of Pakistan controlled Kashmir is not a new development and that had not stopped India in the past to cooperate with China in multilateral forums and even being a partner of New Development Bank. Moreover, Modi’s decision to militarily intervene in support of Bhutan’s territorial claim at Doklam and not allowing China to construct its road project there became a huge disaster. Almost two months of military standoff between China and India in July-August 2017 did not achieve its aim, on the other hand, Doklam became a huge strategic misstep on the part of India. China is firmly in control of Doklam now and its military superiority in the region is not a subject of ambiguity anymore.

BJP leaders openly ask for boycotting Chinese goods in regular intervals. India’s Army Chief has declared China has become his primary focus and not Pakistan anymore. There is no doubt that since coming to power, Modi has left no opportunity to infuriate China. For 4 years, Indian policy vis-à-vis China has been directed at creating Modi’s strong-man image while sacrificing basic tenets of bilateral foreign policy with a much powerful neighboring country. Modi’s trip to Wuhan for his informal meeting with Xi, if it becomes an ice-breaking trip, there is nothing for Modi to boast about as the ice is his own making. Moreover, Modi has been pushed to rethink his China policy and to opt for this direct talk at a time when Xi is in a much stronger position than him. Unlike Modi, Xi does not face any political uncertainty at his home front. He is not going to face the general election next year, rather he has already made necessary constitutional changes to remain in power for long. Unlike 2015-2016, the forecast for India’s economy is not that good nor the forecast for China’s economy is that bad. Over and above, even Dalai Lama has been seriously exploring options to go back to Tibet.

India is no more dominating the South Asia, it is China which has much better relations with India’s neighbors than India has. Even in the Maldives, China has got an upper hand. Internationally, while China has become a very powerful force under Xi, India under Modi has damaged its relations with Russia, who was its most trust-worthy ally for decades. China and Russia are not only cooperating on most of the global issues, but even with Pakistan. Modi had put it all to be with the Unites States, but the relationship lacks any substance particularly under the mercurial President Donald Trump. China has even become much more important for Trump lately as he has made North Korea as the most defining issue of his tattered presidency. At this point of time, it is difficult to comprehend that Modi’s walk and talk at Wuhan with a much powerful and extremely confident Xi is going to bring any perceptible gain to India. Modi might break the ice of its own making, but the visit will only achieve its objective if he pursues a foreign policy with China, which priorities India’s long-term national interest, not the short-term electoral gains and political image of the ruling dispensation.