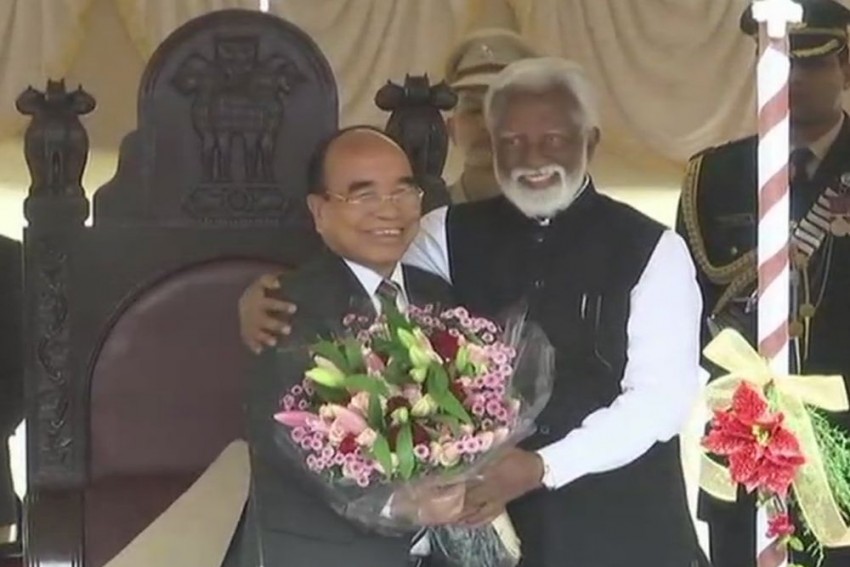 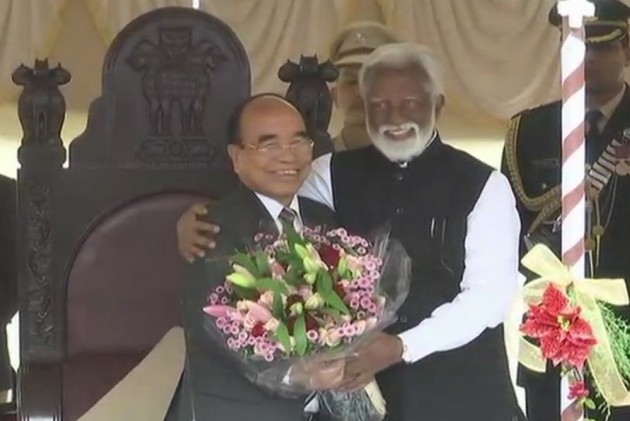 Zoramthanga was administered the oath of office and secrecy by Governor K Rajasekharan at a ceremony in Aizawl.

The MNF president took the oath in Mizo language.

Zoramthanga has been chief minister of Mizoram twice. He was a former underground leader and a close aide of the legendary MNF leader Laldenga.

Zoramthanga led the MNF to victory in 1998 state Assembly polls when he won from Champhai and Khawbung seats and formed the government with 21 legislators.

He was inducted as the state chief minister for the first time and completed the full term. He retained power in the 2003 state polls and continued as the chief minister.