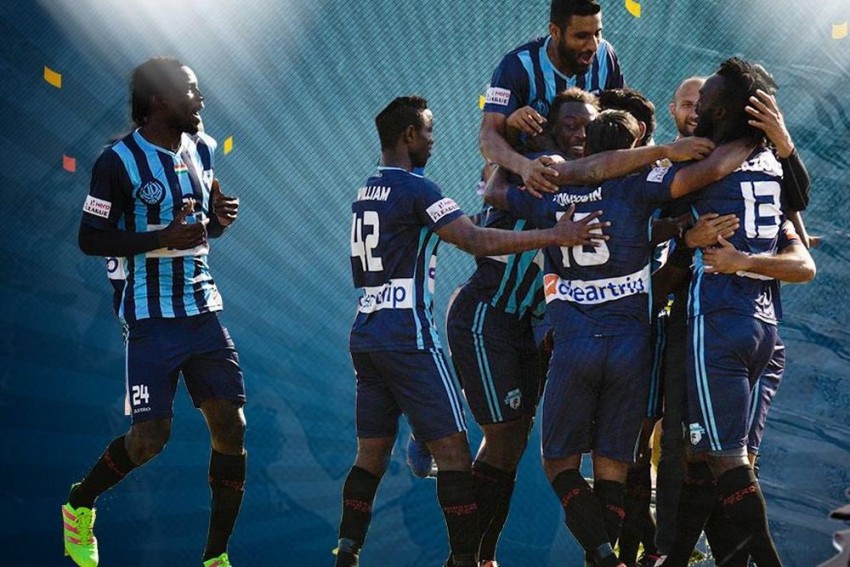 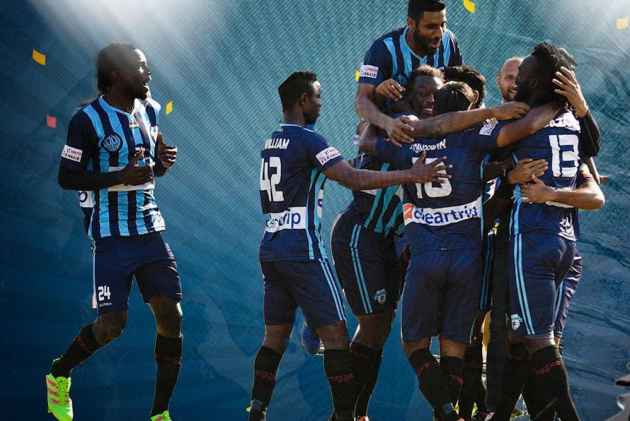 Minerva Punjab FC on Thursday made history by becoming the first team from north India in the history of Hero I-League football to win the title – and earn a berth to compete in the AFC Champions League (ACL) qualifiers.

Minerva Punjab sealed the title with a 1-0 win over Churchill Brothers in Panchkula, the goal being scored by William Opoku Asiedu. Minerva Punjab’s triumph is a landmark moment in Indian football as this is the second year in succession when a relegation-threatened team has won the I-League title. Last year, it was Aizawl while this time it is the Chandigarh-based Minerva Punjab.

Churchill Brothers, on the other hand, got relegated to the second division after this defeat.

Minerva Punjab started the first half really well. The attacking trio Chencho, William and Girik combined really well to put Churchill’s defence in jeopardy. Chencho almost scored the match’s opener in the eighth minute when a low Girik Khosla cross wasn’t dealt with properly by Osagie Monday which gave Chencho Gyeltshen a chance but he couldn’t make full use of it. Minutes later Akash Sangwan had an opportunity to score from Left but his shot went straight into the Keeper who blocked well. The moment finally came in 16th minute when William converted from point blank range after a rebound from Girik’s shot which fell right into his feet. William had another exceptional chance in the injury time of first half but he couldn’t control his effort and lost possession.

The first half ended with the home side leading 1-0.

The second half started with a flurry of attacks from Churchill Brothers who tried their best to come back in 2nd half but got unlucky on many occasions. In the 49th minute Akash Sangwan’s pin point corner kick met Chencho header but his effort went just wide of target. Churchill Brothers almost scored in the 51st minute when Britto got a chance from just six yards out but his weak effort came hit the keeper. Ceesay took a long shot in 54th minute but Kiran was there to save comfortably.

Monday tried his luck in 59th minute but his wayward short was nowhere near the target. The big chance for Churchill came in 61st minute when Dawda Ceesay created space inside box to set himself for a shot but ball just went over the crossbar.

Minerva should have doubled their lead in 64th minute when Kassim played one two with Chencho but Chencho’s following cross towards Akash Sangwan, who was unmarked, went out for a goal kick.

In 65th minute, Britto missed the opportunity of the match so far when he went one on one with the keeper Kiran but Minerva shot stopper came out quickly to save his side.

In another show of combination play Chencho was brilliantly setup by William in 73rd minute in the box but he decided to cut inside and in doing so lost the ball possession.

Minerva centre back Eric Dano got a chance in 80th minute when he took a shot after a deflected corner kick but his shot was nowhere near target.

Bali Gangandeep got a chance to get his name on scoresheet but his weak effort didn’t trouble the keeper. As the Full-time whistle was blown it was it for the day. All Over. Minerva Punjab FC  were crowned Champions of India in a historic moment for Indian Football.