A sports film with phony feel-goodness and one that is far from inspirational. 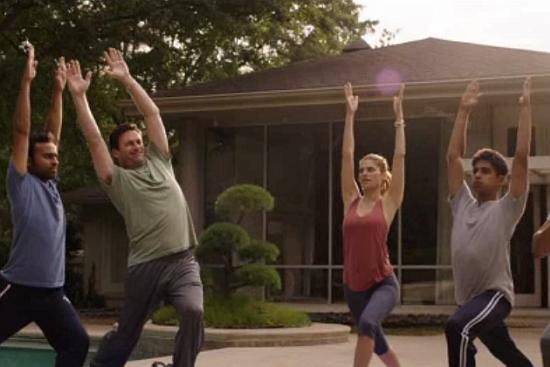 Million Dollar Arm makes for a most unsurprising viewing. It follows the typical tropes of every other sports film—the triumph of the underdog, rising above your limiting situation in life, snatching victory from the jaws of defeat etc etc—and injects little that is fresh and new. Based on the true story of baseball pitchers Rinku Singh and Dinesh Patel who were discovered by sports agent J.B. Bernstein after winning a reality show, it makes for a languid viewing. Neither does it fire you up with any enthusiasm nor makes you dislike it with any great furore.

Bernstein, a once successful sports agent, is losing his edge to the more aggressive competitors. The only way out for him is to do something out of the box. One day, while switching TV channels, he chances upon the game of cricket and decides to go to India to seek baseball pitchers in our cricket crazy nation. His idea is to hold a nationwide televised reality show, pick up two winners, bring them to the USA to get trained under a pitching coach and groom them into major league players. 3

It may be to do with the India setting, Indian characters, actors and A.R. Rahman’s music but Million Dollar Arm does feel a lot like Slumdog Millionaire Part 2. However, without even a quarter of its energy. To the Indian eye much that is portrayed feels a tad synthetic and forced. There is no effort to go beyond the clichés of crowds, chaos and poverty, lack of punctuality and efficiency and forever suppliant people. But it’s this intersection of the two opposing worlds and worldviews, the clash of cultures which also gives the film its other themes, again told in the most predictable, and often uncomfortably patronizing manner: about individualism and materialism of the West as against relationships and friendships, family and community that we in India appear to hold dear. Eventually what should have been a film about the two boys ends up being about the agent instead.

Jon Hamm, with the fandom of Mad Men behind him, straddles the screen with an easy presence but seems to have put in little effort into the character, not that it required any. Fresh from the success of Life of Pi, Suraj looks too hip and not quite rooted enough in the humble background he has been shown to come from. Pitobash and Madhur are earnest. Rahman’s music doesn’t make much of an impact on the first hear inside the theatre. But then he is one composer whose tunes grow on you than immediately grab your attention. We may just listen on. But the film itself is strictly a one-time view. A sports film with phony feel-goodness and one that is far from inspirational.