The Hizb commander said the pilgrims need not to worry about their safety and can visit Kashmir without security. 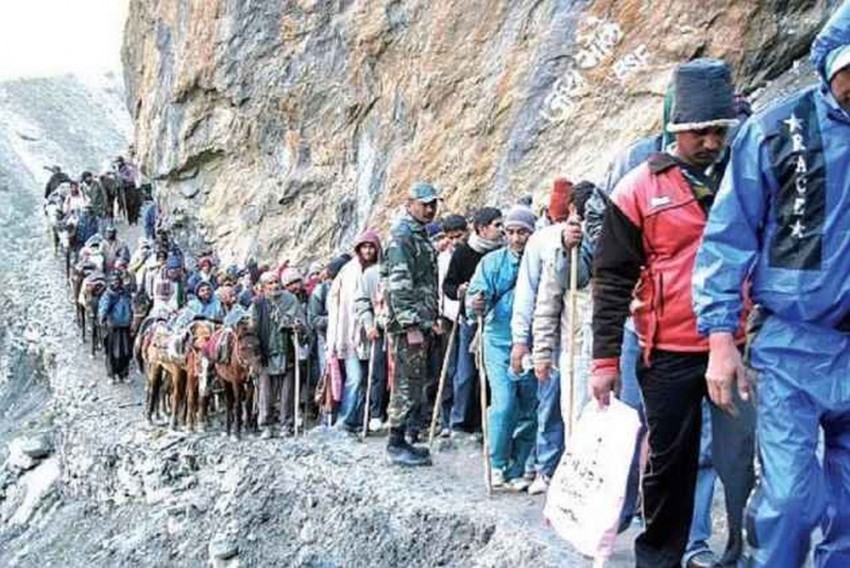 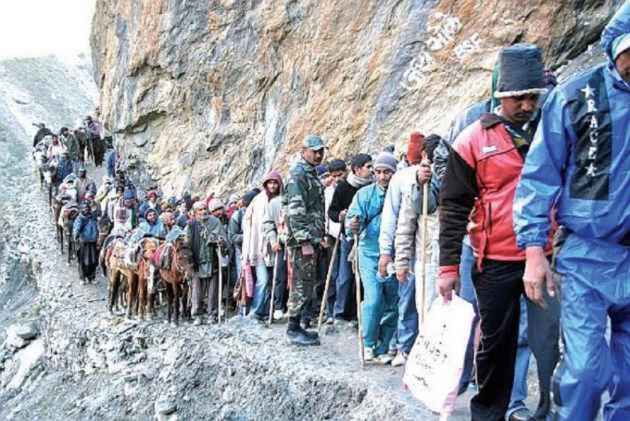 A new video purpotedly released by militant outfit  Hizbul Mujahideen assures safety to Amarnath pilgrims, with a top commander calling them their guests.

The voice is purportedly that of Riyaz Naikoo, the commander of the group. But the authenticity of the voice clip could not be confirmed. The 15-minute clip, which circulated on WhatsApp, carried Naikoo's picture.

In the video message, Naikoo said the yatris come to kashmir to perform their religious obligations, and that the militants have no enmity with them.

"The fight is against those who oppress us," he can be heard saying in the voice clip. He alleged the government of India of conveying to the world that there is terrorism in Kashmir by issuing statements describing Amarnath Yatra as vulnerable, adding that the police and other agencies want to create a fear around Amarnath Yatra to portray Kashmiris as terrorists.

"Our fight is only against India's occupation of Jammu and Kashmir. We have nothing against the people of India or Amarnath pilgrims who come here for religious reasons. However, they should not connect the pilgrimage to the political issue of Kashmir," Naikoo said.

The Hizb commander said the pilgrims need not to worry about their safety and they can visit Kashmir without security.

Vehicles tagged with electromagnetic chips, bike and bullet-proof SUV police convoys and scores of bullet-proof bunkers have been deployed as part of the "biggest-ever" security blanket thrown to secure pilgrims undertaking the Amarnath Yatra that begins in Jammu and Kashmir from tomorrow.

The top official added that these arrangements are the "biggest-ever deployment of the security paraphernalia to ensure protection to the annual yatra that comes in the backdrop of a long and turbulent time of violence in the Kashmir Valley."

However, according to the video message doing the rounds on social media, the Hizb commander said the pilgrims have no reason to worry.

"We have hundreds of thousands of Biharis (non locals) who come to Kashmir as labourers or beggars and are found in every nook and corner of the Valley. Has there been any instance of them being harassed in so many years? Their girls and young women can be seen begging but no one has been ever touched," he said.