Linxia with a population of about two million is an autonomous prefecture for the Muslim Hui people. 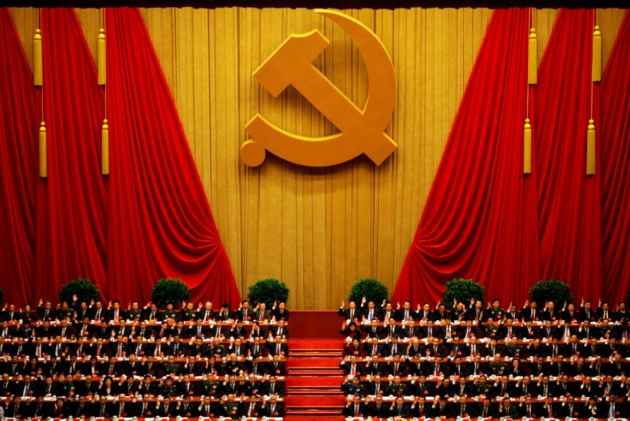 Members of the ruling Communist Party of China in a Muslim-majority region in the northwest, often dubbed as "China's Mecca", have signed an atheism pledge to proclaim their devotion to the pursuit of Marxist purity, official media reported today.

Linxia with a population of about two million is an autonomous prefecture for the Muslim Hui people. The prefecture also includes two autonomous counties for other Muslim groups, namely Dongxiang, Salar and Bonan.

Linxia is sometimes dubbed as "China's Mecca" as more than half of the residents are the Muslim Hui, a large Chinese ethnic group, the state-run Xinhua news agency had reported.

According to unofficial accounts, China has over 21 million Muslims, mostly the Uyghurs in Xinjiang and Hui community in Ningxia province.

China is currently carrying out a massive crackdown against the East Turkistan Islamic Movement (ETIM) in the volatile Xinjiang province where Uyghurs who formed majority there were restive over the increasing settlements of Han community.

Since 2013, when Chinese President Xi Jinping, who is also the head of the CPC and the military, assumed power, has been emphasising on the party reinforcing its ideological roots of Marxism which included adherence to atheism.

The Linxia Hui Autonomous Prefecture CPC chief Yang Yuanzhong said at the meeting that all party members should firmly obey the party Constitution and be Marxist atheists, observe their commitment to not believe in any religion to maintain the purity and progressive nature of Party membership, the report said.

A notice stating that "party members sign a commitment to not harbour religious beliefs" was released by the committee of discipline inspection and supervision, organisation department and united front work department under the Party committee of Linxia, it said.

In ethnic minority regions, many party members grow up in religious families and are influenced by their environment, Xiong Kunxin, a professor of ethnic studies at Beijing's Minzu University of China, told the daily.

"There are some party members who are atheists in public but who harbour religious sentiments in private," Xiong said.

It was a serious pledge which restricted party members by asking them to prove by their behaviour that they are true Communists without any religious beliefs, he said.

In the last two years, party members have signed pledges in Jiaozuo city of Henan Province, Linzhi county of Tibet and the Enshi Tujia and Miao Autonomous Prefecture of Hubei Province.

"Party members should not have religious beliefs, which is a red line for all members," the daily quoted Wang Zuoan, director of the State Administration for Religious Affairs as saying.

"Party members should be firm Marxist atheists, obey party rules and stick to the party's faith... They are not allowed to seek value and belief in religion," he said.

The Chinese government is officially atheist. Members of the ruling CPC are not allowed to practice religion but China protects ordinary residents who want to practice their faith, the Times report said.