Meet Viji P, Who Fought For Saleswomen’s Right To Sit

Viji has now been selected by the BBC as one among the 100 inspiring and influential women from around the world. 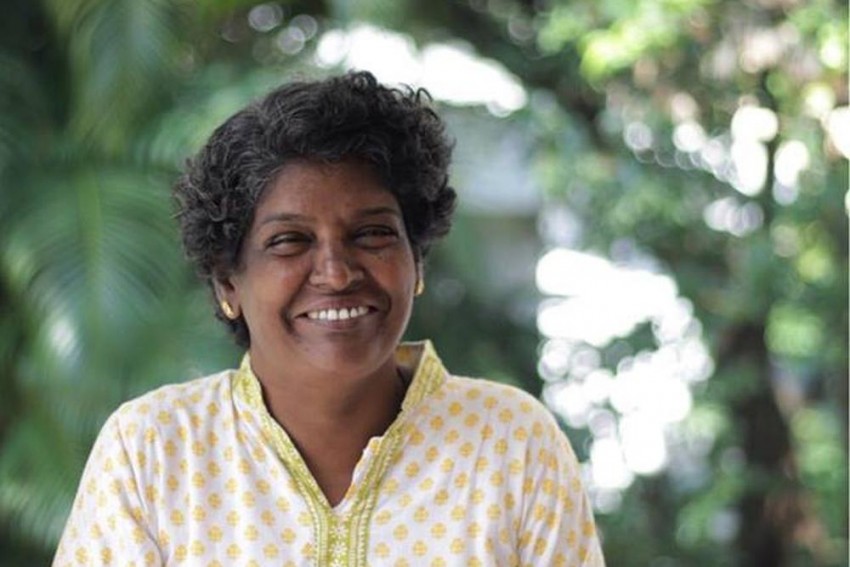 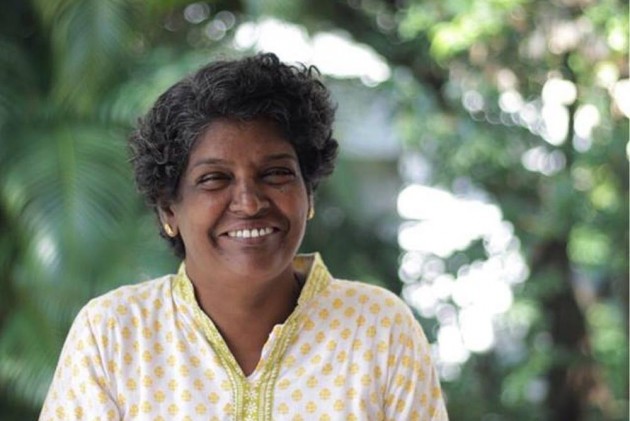 A large number of saleswomen in Kerala are scared to gulp a glass of water during their duty hours. The reason, the shops they work at do not provide them with toilet facilities. Many of them even become victims of urinary diseases. These women are also deprived of a seat to sit at their workplace as they have to stand up before their customers.

The ‘macho’ trade unions in Kerala, however, overlooked this for years. In 2009, a woman among these hapless labourers floated an organization ‘Penkoottu’ (Women nest) at Kozhikode and it organised “struggle for a facility to urinate” (Moothrapura samaram) and “struggle to sit (Irikkal samaram).

Moothrapura samaram and Irikkal samaram were a first-of-its-kind in the history of Kerala. The 9-year old fight of Penkoottu has now resulted in Kerala government amending the Shop and Commercial Establishment Act in July this year, ensuring that a shop must have toilet and seating facility for its staff.

The leader of ‘Penkoottu’, 50-year-old Viji P from Kozhikode, has now been selected by the BBC as one among the 100 inspiring and influential women from around the world.

Viji used to work as a tailor in a shop at S.M Street in Kozhikode and one day she was taken aback by the long queue of women staff in the street for urinating. “There was a toilet in my building. But I came to know that there are many shops which do not have toilets. The women in the queue were crying while explaining their plight. If they demanded toilet, the owner would ask them not to come from the next day. The mainstream trade unions were apathetic towards the unorganized women,” recalls Viji. 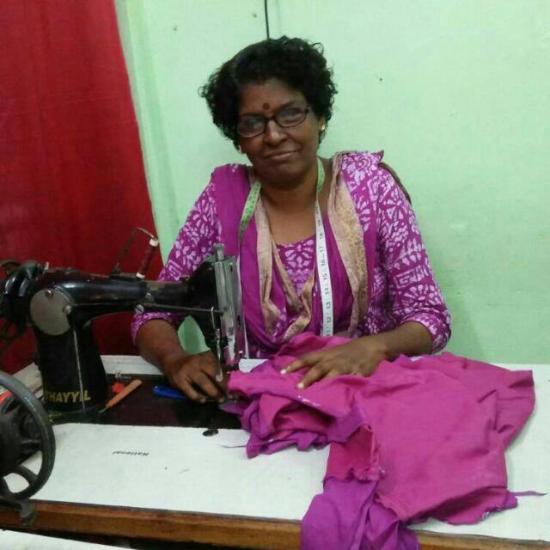 Facility to urinate was the first demand raised by Penkoottu which garnered wide attention. They subsequently held strikes and rallies. The State president of the Kerala Vyapari Vyavasayi Ekopana Samity, T. Nasaruddin scornfully remarked that ‘such women need not come to work but better sit at homes’. But, a determined Penkoottu continued its struggle for seating facility. It also addressed issues of washermen of Muthalakkulam in Kozhikode, salary hike of community organisers and many other pressing issues faced by unorganized labourers.

“It is mandatory for shops to have toilet facility while applying for Corporation permission. But, once permission is granted, they would convert toilets to a small room for commercial greed,” says Viji.

The state government intervened by imposing a few thousands of rupees as fine for the erring shop owners. But, most of the owners preferred to pay the fine. Nevertheless, the wide spread protest forced a good number of shop owners to arrange toilets and sitting facility for saleswomen.

“The fight doesn’t come to an end though a big change has happened. The draft legislation says that seating must be made available at intervals. There is no specific definition on the term ‘interval’. These all should be clarified. But raising the fine up to Rs 1 lakh is a big plus,” says Viji.

In 2014, women under Viji formed Asanghadita Meghala Thozhilali Union (A.M.T.U), a trade union for unorganised labourers. AMTU has both men and women as members. But, Viji asserts that there is no let up in viewing labour issues from a women’s perspective.

Viji came to know about the BBC recognition from the well-known woman activist K. Ajitha on November 19. “Ajithechi called me and shared the news. The BBC recognition is to all. The main victory of Penkoottu was that it made awareness among the women that they have to come forward to address their issues,” says Viji.

Viji had worked with Ajitha’s ‘Anweshi’, a women’s collective, some years back. Ajitha describes Viji as a firebrand leader who has deep empathy for labourers. “Viji herself is a labourer hence can understand the problems well. She loves to work amongst the people in the field rather than making speeches and writings,” says Ajitha.

Viji, hailing from Palazhi in Kozhikode, says that she had started developing a strong sense about women’s sufferings during her teenage from her family itself. “My mother, father, elder sister and grandmother were all doing odd jobs to support the family. While all the three women spent their earnings for the family, my father did not spend even half of his income for the family. His money would go for parties and enjoyment which the women of the house could not even think of. That was the first injustice I encountered,” she says.

Presently living with her husband Suresh and two children, Vjij says that the domestic chores at her home are equally divided between the men and the women. “Suresh makes breakfast and I prepare lunch. Our daughter Ammu will take care of washing and son Kannan does the cleaning chores,” she says.

The other two Indian women who made into the BBC list are Rahibai Soma Popere (Maharashtra) and Meena Gayen (West Bengal).

Lung Cancer Is On The Rise For Women