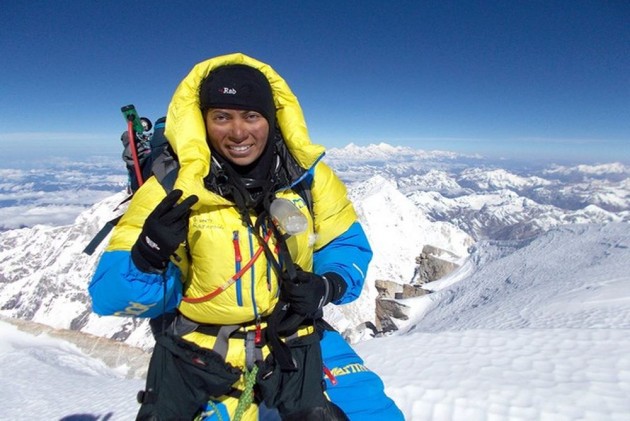 Monti Rajkhowa, who hails from the northeastern province of Assam, has made the state and country proud by becoming the first Assamese to scale Mount Kanchenjunga, the third highest mountain in the world.

Monti, who is professionally an executive engineer of Oil and Natural Gas Corporation based in Mumbai, is the first lady ONGC officer among her male counterparts to have managed to scale the world's toughest peak.

Born and brought up in Meghalaya, Monti as a child opened her path to adventurous trekking amid the slopes and valleys of the hilly state.

"Mountaineering is like walking through different types of terrains, like on slopes. The experience was amazing and tremendous. I believe it was a learning experience for me because out there when you are in the mountains with some people for two months, more than learning about mountaineering, I learned about myself," said Monti.

The entire journey was, however, not easy for her and her team as they went through rigorous training to accomplish such a tough and challenging peak.

Monti added, "We were trained for a year. Last year in October, we went to Mount Satopan. After Satopan, we realized that our team needs to be trained really hard because Kanchenjunga is not an easy peak and safety standards in Kanchenjunga is always questioned but this time we were catered with good safety standards and we have taken good safety measures. After Satopan, we went to Manali and stayed there for 20-25 days and had snow conditioning programme there. It was like in knee-deep snow, we were opening routes. It was a tiring affair. Later, we went to Leh."

The ONGC Kanchenjunga expedition was flagged off by Union Minister Dharmendra Pradhan in April 2018.

The expedition was a unique employee engagement initiative to instil team spirit, camaraderie, and adventure among the employees of the organization.

President, Indian Mountaineering Foundation, Col HS Chauhan said, "Kanchenjunga is a peak which was not climbed since 2013 onwards; the reason for a less no of expedition is because it is tough and somebody got to put in extra efforts to fix the route. We got associated with ONGC and provided the ONGC mountaineers with rigorous training in every aspect."

Monti's journey into the adventurous path has been an inspiring tale and her sporty spirit has served as a catalyst for breaking stereotypical attitudes prevalent in the country.