Home  »  Website  »  International  » Reportage  »  March For Our Lives: Here’s Why Thousands Of Students Are Protesting For Stronger Gun Laws In US

March For Our Lives: Here’s Why Thousands Of Students Are Protesting For Stronger Gun Laws In US 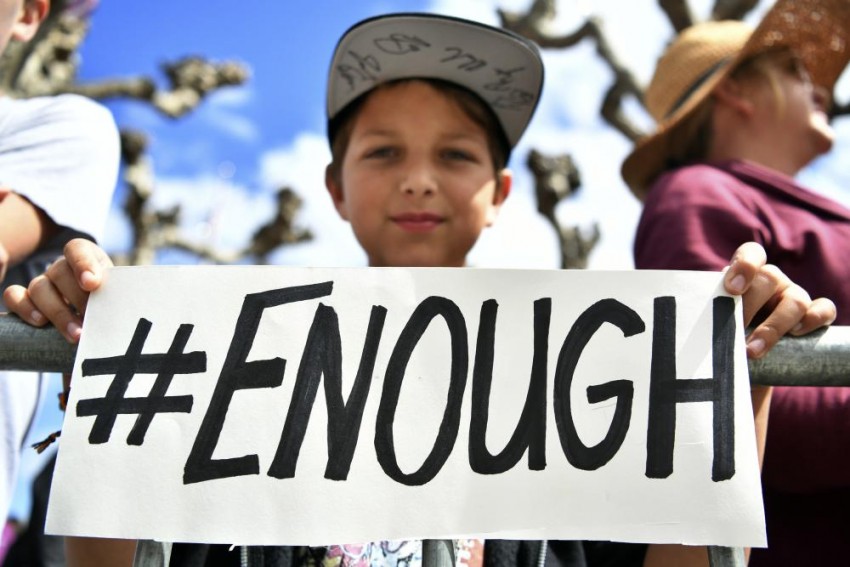 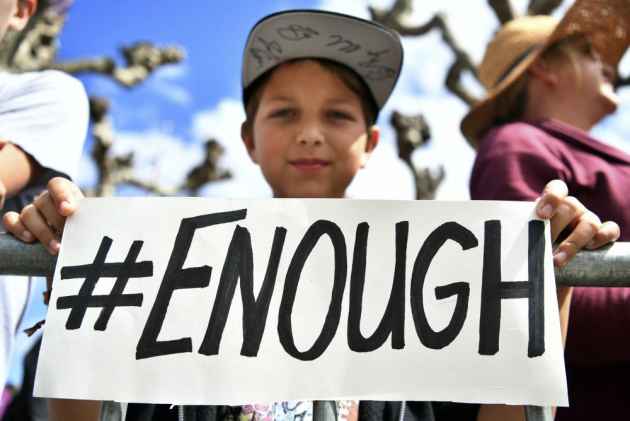 Thousands students flooded the Pennsylvania Avenue in the American capital for the "March for Our Lives" to demand stronger gun laws in the wake of last month's shooting at a Florida school that  claimed 17 lives.

Students from Marjory Stoneman Douglas (MSD) High School in Parkland, Florida are organising the massive protests in collaboration with the nonprofit organisation, "Everytown for Gun Safety." The motto of the protests is Never Again MSD.

19-year-old Nikolas Cruz, a former student, claimed responsibility for the shooting and was expelled from the school for disciplinary reasons. He has been booked on 17 counts of premeditated murder.

"Welcome to the revolution," said Cameron Kasky, who was the first student speaker at the massive March for Our Lives in Washington, D.C., on Saturday. "My generation has spent our entire lives seeing mass shooting after mass shooting," and that needs to end now.

Following this, massive protests were held by students across the US to pressure the Trump administration for tougher gun measures.

The killings re-energized the movement for gun control, creating activists out of young student survivors who have harnessed the power of social media to bring global attention to their cause, The Hill reported.

"We students have become victims of our government's glaring inaction, but never again," Demitri Hoth, a senior at Stoneman Douglas, said at the US Capitol.

"We have come here today to hold accountable politicians and their disturbing inaction. Never again will our voices, students' voices will be shunned into silence," Hoth added.

"Welcome to the revolution," said Cameron Kasky, the first student speaker at the massive March for Our Lives in Washington, D.C., on Saturday, quoted USA Today.

USA Today further reported, brothers Juan and Santiago Munera from Florida arrived two hours before the rally, who happened to be freshman when the shots were fired.

"Before the shooting we didn't think we could make a difference as teens," said 17-year-old Juan Munera.

Other celebrities have also contributed to the March for Our Lives event.

The Washington Post reported that television personality Oprah Winfrey and actor George Clooney and his wife Amal Clooney each donated USD 500,000 to the march.

Shannon Watts, the founder of Moms Demand Action for Gun Sense in America said that over 800 "sibling marches" are planned around the world.

Elsewhere, the March for Our Lives event were held in other places across the US such as New York, Seattle and Colorado to name a few.

The hashtag #marchforourlives has been trending on Twitter since the last few days.

A student from North Texas high school in Dallas was passionate about the gun violence movement.

Last week, students from more than 3,000 schools took to the streets from Washington D.C. to Los Angeles and from New York to Parkland on National Walkout Day to call for action against gun violence.

Organized by Empower, the youth arm of the Women's March movement, the walkouts are the latest show of activism by young people who are now wading into the gun-control debate.