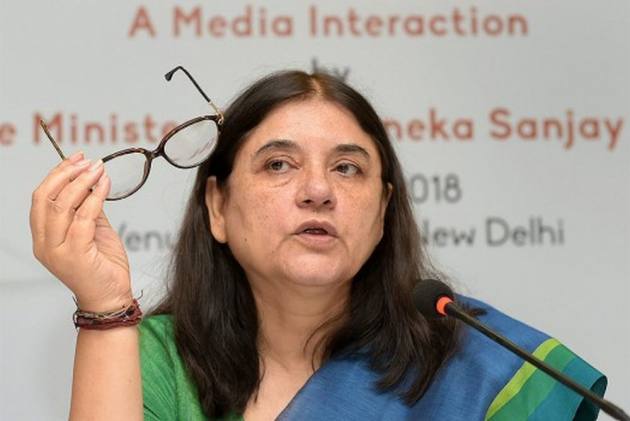 In the backdrop of the 'Metoo' movement, Women and Child Development Minister Maneka Gandhi on Thursday urged all recognised political parties to form internal committees immediately to look into complaints of sexual harassment.

Maneka Gandhi said that she has written to six national parties and 59 regional parties to form internal complaints committee against sexual harassment and post information on it on their website.

"We are trying to get to every single form of harassment that is being experienced by women at workplace," she said.

"I have written to chiefs of political parties to form Internal Complaints Committee (ICC), which should have already been there under the law. When we are asking every organisation to have an internal complaints committee, why should we exempt political parties from it," she said.

Section 4 of the Sexual Harassment at Work Place (Prevention, Prohibition and Redressal) Act mandates every organisation which employs women to constitute an internal complaints committee which is to be headed by a senior women employee.

The Minister had earlier also written to all Bollywood production houses to form an ICC, following which about seven of them had formed such committees.

Allegations of sexual harassment against prominent people in various fields have come to light under India's online "#MeToo" movement, which started with actor Tanushree Dutta accusing  fellow actor - Nana Patekar - of harassing her during the shooting of a Bollywood film in 2008.

M J Akbar, who resigned as the Minister of State for External Affairs on Wednesday, filmmakers Subhash Ghai, Sajid Khan, Rajat Kapoor and actor Alok Nath are among those who have been accused of sexual misconduct.  They have denied the allegations.