Run more like a company than a country, China's growth is in our interest, though it is a strong competitor in several of our export markets 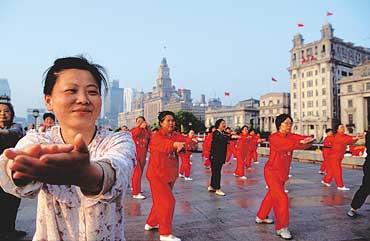 In the competitive environment for global leadership, some countries behave like companies. East Asian economies—Japan and Korea and, to a greater extent, Singapore and Taiwan—are examples of company-like countries that strategised successfully for global leadership in the past. These economies, though small, made a significant impact on global economic balances.

China is the latest to join the race. It has a central leadership that is successful in attracting investment and driving growth. It depends more upon the central leadership than its institutions to fuel growth. The results are awesome: China’s progress in attracting foreign investment and gaining global market shareare the envy of the world. According to the World Bank’s World Development Indicators, 8.8% of the total foreign direct investments in 2004 went to China. The country topped the list of FDI flows into developing countries four years in a row. Also, with a 7.2% market share in global exports, it is ranked the third in terms of total exports after Germany and the US.

Compare this to India’s 0.9% share in global FDI flows and 0.9% in global exports, and it’s clear that India has a long, long way to go to justify the comparisons with China.

The challenge posed by China is the product of its size and growth. The economic ripples sent by the Chinese economic engines are being felt all across the world. The significance of the changes are brought out by these impressive statistics: One in every five persons is a Chinese. Around 95% of China’s population is literate (against India’s 65%). Life expectancy of an average Chinese at 71 years is higher than the global average of 67 and India’s 63 years. In terms of purchasing power parity, China’s national income is the second largest. As much as 91% of its households own a television set. India boasts of being an IT power, but China’s PC penetration at 41 per 1,000 is higher than India’s 12.

It is often argued that Chinese data quality is poor. But, there is enough independent evidence of China’s leadership. The readymade garments industry is a case in point. With the scrapping of the global quotas on garment exports imposed by the multi-fibre agreement (MFA), competitiveness has become the sole determinant of success in the industry. Such has the growth in exports from China been that the US and the EU have had to impose trade restrictions.

China’s aggressive growth strategy, its size, its success (particularly in exports), indicate that it must be recognised as a serious deterrent to India’s merchandise exports. China’s forays into the IT-enabled services space could further deepen this threat, as its earlier success could spread to services as well.

India needs to recognise China’s competitive advantages and work to find areas of mutual benefit. But merely trying to copy the the latter’s growth strategy will not do. The China’s growth has happened sans independent public institutions and cannot be simply replicated. Indeed, it is also not desirable. India values its democracy, its free press and judiciary. Often, these institutions are slammed for being slow, inefficient, and populist. But it is important to reform these institutions rather than circumventing them to enable growth. Central leadership and size are no guarantee for growth. Russia had central leadership and size, but it crumbled quietly.

Size is a double-edged sword. Success of a country like China is as worrisome as is its failure. China’s runaway success could mean loss of markets for its competitors. Any crisis in the Chinese economy too has global ramifications. It is a large importer. A large part of India’s iron and steel exports have their destination in China—exports to China grew 32% in 2005 and are set to increase 25% in 2006. If China’s growth slows, it could lead to slowing of Indian exports. China is India’s biggest source of non-petroleum imports and the third largest export destination after the US and UAE. China’s growth is thus in our interest, though it is a strong competitor in several of our export markets.

No Rabbit And Turtle Story