Living It Up In Northeast

If you thought the Northeast is full of primitive tribals in their traditional dresses, you need a reality check. When it comes to high fashion (not just in clothes) and high tech gadgetry, it could teach a thing or two to the rest of India. 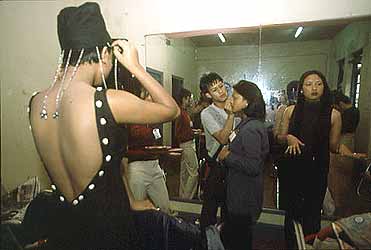 If conspicuous consumption overtook most of India in the immediate aftermath of liberalisation of the economy, it is now making its presence felt in a big way in a region normally regarded as economically the most backward and turmoil ridden -- the Northeast.

The region may be backward in terms of economic development in comparison to the southern or western states but when it comes to dressing well, acquiring the latest electronic gadgets and living it up, its people are perhaps two steps ahead of their counterparts in rest of the country. Fashion shows and beauty contests are an accepted part of the social calendar here. No one frowns upon these shows. And the desire to look good, to flaunt bodies and to keep up with the latest fashion is all-pervasive.

The image of the Northeast among the people in other parts of the country of course is the usual clichéd one -- that the region is full of primitive tribals, still attired in their traditional dresses. No assumption could be so off the mark. 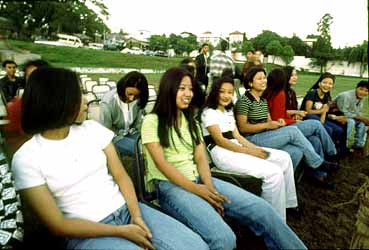 As Jawahar T. Mordani, owner of a leading store of readymade casuals and formals in Shillong says: "The people here follow the latest fashion trends quickly. In fact, I would say in Shillong we are just about a week behind the latest trends in Mumbai and six months behind the fashion in Europe." Indeed,
The urge to dress well, the beauty consciousness is not limited to a handful either. Even leading politicians in the region are more at home with their three-piece suits and casual jeans rather than the usual Khadi Kurta worn by their cow belt counterparts.

Lalthanhawla and his wife indeed make a very fashionable couple and do most of their shopping in Shillong, Calcutta or Delhi. "I like to wear Marks and Spencer shirts and my suits are stitched in Calcutta," Lalthanhawla reveals. He is of course lucky to have a designer daughter, Lucy who specialises in Western wear -- a trained dress designer (she has a post-graduate diploma from Sophia College, Mumbai). 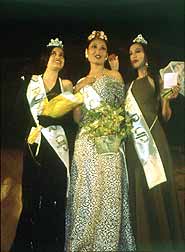 Fashion shows and beauty contests are a regular feature in all parts of the region. They could range from Miss East India to Miss Northeast India to Miss Churachandpur (a small township in Manipur, just to cite an example). Or the contest could be to identify a winner from among different colleges of Shillong. As Rabiul Islam, a journalist-turned entrepreneur who also dabbles in serious Western music, says: "The best thing here in the Northeast is people take these things in the right spirit. There is no protest or resentment against such shows and everyone takes part enthusiastically."

Fashion is of course not limited to clothes alone. In the Northeast it extends to all aspects of life, be it the house, the car, acquiring the latest hi-tech audio-visual gadgets or taking to the latest craze in the country - playing pool - with a vengeance. Vehicles, which form an integral part of Northeast lifestyle, come in all shapes and sizes. In the Hill states, the Maruti Gypsy is the most common vehicle. So the attempt is to make each one different. A souped-up vehicle, fitted with modern, expensive accessories and music system is considered de rigueur. Holidays in the Far East (Bangkok and Singapore are the most preferred destinations) is normal once a year. Laptops, digital cameras, DVDs and Handycams are taken to be a normal acquisition in well-to-do households. If these are signs of blatant and conspicuous consumerism, no one minds.

Adaptation of latest trends both in fashion and lifestyle, especially from the west, is very quick in the region. Take the craze for playing pool or taking part in fashion shows and beauty contests. The bold and the beautiful in the north-east are at par with the glam society in the rest of the country. Take the husband-wife team of Anupam and Sushmita Choudhury in Assam. For them life is a big celebration, to be lived to the full. So they are a regular presence at the newly opened Pool Parlours in Guwahati or at parties with close friends arranged in local hotels where the music plays full-blast and the lights are flashing. 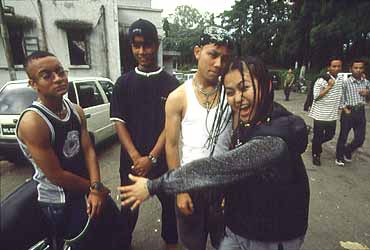 Perhaps this new tendency among the young and the trendy prompted P. Dutta to open his  Sports Bar in the heart of Guwahati combining a pool parlour and a cyber café. Spread over a 1500 sq. feet, this parlour has four pool tables and several terminals for the enthusiasts to surf the net. At Rs 100 an hour, four young men and women from wealthy families see pool as the perfect opportunity to be "with it." Says Dutta, who opened the parlour just three months ago: "All the tables are booked in advance throughout the day and during weekends, the rush is tremendous."

Indeed, Guwahati, the biggest town in the region has suddenly grown in terms of new shopping arcades, multi-storied buildings, eating joints and the number of vehicles on roads. Inevitably, the civic amenities have failed to keep pace with the boom but those who are in an indulgent mood hardly care. The moment a new model of a car hits the Indian market, it is sure to be seen in the Northeast, primarily in Guwahati.

The town, according to one estimate has one of the highest averages of vehicles per person. On an average 2000 vehicles are registered in Guwahati alone every month. For a population of 12 lakh, the figure is apparently very high.  Most of the state capitals are choc-a-bloc with latest vehicles. Departmental and one-stop stores have suddenly sprung up in Guwahati to cater to the growing tendency among the yuppies to shop till you drop. 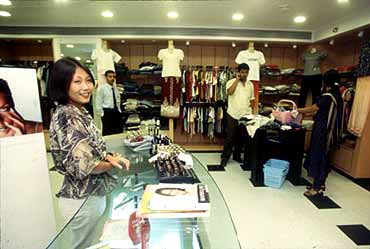 Sohum, a new entrant is that kind of a modern shop, spread over 12,000 sq. feet, it is designed to cater to the high-spending customer. Says Manohar Lal Jalan, Sohum's owner: "About three years ago I went to Mumbai and saw Shopper's Stop, the famous shop and decided to replicate it here in Guwahati. The response to our shop within two years has been very encouraging."

Which is not surprising, considering the kind of disposable income a section of the society in the north-east has. According to a survey done by the Federation of Industries and Commerce of North-Eastern Region (FINER) in March 2001, Guwahatians spend on an average Rs 1.5 crore a month on eating out alone!

Inevitably, however, in the rush to catch up with the Joneses, the Northeast is witnessing the emergence of a nouveau riche class comprising, in the main, the politicians, the bureaucrats and the businessmen. New problems have arisen because of access to easy money and rapid westernisation of the essentially simple society which earlier did not have a class system.

As a result, the division between the haves and the have-nots is stark.  Youth take to drugs easily and AIDS has become a major cause for concern in the region. Close proximity to the infamous "Golden Triangle" comprising Laos, Thailand and Cambodia means that drugs are available aplenty. Alcoholism was so rampant in the Northeast that pressure from women's organisations and the Church forced the governments in states like Nagaland, Manipur and Mizoram to go dry. But as a noted Mizo thinker R. Vanlawma says: "With progress these things are bound to happen. A society must therefore learn to balance the good and the bad."

The debate will continue but the point here is the Northeast is not what the received wisdom would have you believe.. Economically, at the macro level, the region is certainly far behind the rest of the country, but when it comes to fashion and opulent lifestyle, it has a thing or two to teach the others.