The group has previously worked on famous musical artists like Elvis Presley, the Beatles and Michael Jackson. But this is the first time that Cirque du Soleil has chosen to focus on a sports star. 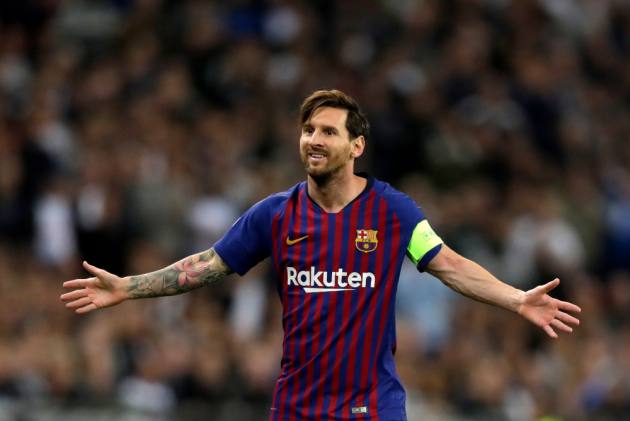 The life of Barcelona and Argentina superstar Lionel Messi will be the subject of a new Cirque du Soleil show, which will be performed on a world tour in 2019.

The five-time five-time world player of the year to took Instagram to announce the new act from one of the largest theatrical producers in the world.

"I am proud to announce the creation of a new Cirque du Soleil show in 2019 based on the story of my life and passion for football," said Messi, whose Instagram feed showed him clad in a T-shirt of the Canadian troupe famed for their extravagant shows.

World Cup 2018: Here Are Key Takeaways From The Championship

Messi had a difficult childhood. He was diagnosed with a growth hormone deficiency as a child. But a move to Spain, at the age of 13, to join Barcelona helped shape his future. And today, he is regarded as one of the greatest footballers of all time.

At the Catalan club's famed La Masia academy, he became a part of one of the greatest trio of players along with Andres Iniesta and Xavi Hernandez.

But despite massive club success, Messi has failed to win a major international trophy with the Argentine national team. He came close to leading Argentina to World Cup glory in 2014 but lost to Germany in the final.

Cirque du Soleil, the Canadian group, said on their website that they were thrilled to confirm the link-up with Messi.

"The show will draw its inspiration from the incredible talent and accomplishments of the football legend, who embodies the unique spirit and values of his sport," the troupe said.

The group has previously worked on famous musical artists like Elvis Presley, the Beatles and Michael Jackson. But this is the first time that Cirque du Soleil has chosen to focus on a sports star.

The exact dates and destinations of the tour are yet to be announced.