Less Than A Grain Of Truth

Journalists are privileged in having the power to communicate ideas and influence policy. They should not betray this trust of the people. Joining issue with P. Sainath's Lost 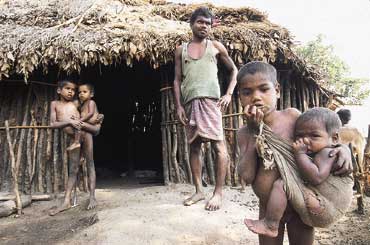 outlookindia.com
-0001-11-30T00:00:00+05:53
Two Indian institutions have withstood the test of time and emerged, time and again, as saviors of India—the Supreme Court and the Press. Now both are under attack.

The Supreme Court for its highly illogical (illegal?) decision that the politically motivated dissolving of the Bihar assembly was unconstitutional (so far so good), but that the consequences of this anti-constitutional act were okay, especially given the "political realities" (so far, terrible). I am not a lawyer, but how does one challenge a flawed Supreme Court ruling?

The media also has been under some criticism, especially after a leak about the Prime Minister having a meeting regarding the falling stock market turned out to be a false leak. There is talk of whether there should be a regulatory mechanism set up to force journalists to be honest.

I think this advocacy is a non-starter—the consumer is the one who ultimately will correct the imbalances and punish the guilty. How can a regulator decide what is intentionally false, and what is the result of pure ignorance?

P Sainath - an award-winning rural affairs writer for his book Everyone Loves a Good Drought - in his article Lost the Compass? (Outlook, October 17, 2005) is very critical of the role of the media, especially its role in ignoring the real India, the aam aurat.

He laments, "Rural India is a giant canvas that is begging the media to do a portrait, many portraits. But it has failed resoundingly". He worries that rural suicides do not get as much media attention as celebrity suicides.

But the one "woman bites dog fact" of Sainath that grabs genuine attention is his startling and shocking claim that "foodgrain available per Indian fell almost every year in the [economic] ‘reforms’ period.

And by 2002-03, it was less than it had been at the time of the great Bengal famine [of 1943]". This in your face journalistic fact is then highlighted as a blurb by the helpful editors.

This is a stylised fact which, after centuries of growth among centuries of countries, has not been violated. Engels’ law does not state that absolute per capita consumption declines with income growth, only that the rate of increase slows down.

An absolute decline of consumption does occur with many goods —these are called "inferior" goods, and foodgrains is just such an inferior good.

Actually not that startling, because Nobel prize winning economist Amartya Sen warned us that the Bengal famine was not due to a shortage of supply of foodgrains. Nevertheless, I do find Sainath’s claim as somewhat of a shocker.

Contrary to Sainath, per capita availability of foodgrains peaked in the decade of the reforms. What about the particular year Sainath mentions, 2002-03? It turns out that in that year the availability was a high 457 grams a day!

These statistics would suggest that Sainath’s wild assertion about per capita consumption in 1943 is equally wildly off the mark. If he is right, it would mean that in 1951, per capita availability of 334 grams a day was some 25 per cent lower than the famine year of 1943—surely, not possible. In 1941, the population of India was 383 million (inclusive of Pakistan and Bangladesh).

This is the age of the journalists—they have more power and influence than ever before. Today, ideas spread more through journalism than through the academia. Policy makers listen to them, especially if the journalists’ expertise corresponds to their ideology.

Populism pays and pays much more than hard-headed factual analysis. By keeping the guilt in check, it makes the Scotch of the elite go down that much better.

Ordinary folks do not have the knowledge, or the interest, or the time, to fact check the data spitted out by journalists. Unlike academics, journalists do not have to cite their sources—it takes too much space and affects the flow.

In return for this privilege, journalists have a responsibility to not betray the trust, or at least not to betray it so blatantly.

Surjit Bhalla is president, Oxus Investments, and the author of Imagine There’s No Country. This article first appeared in Business Standard, and is reproduced here with the author's permission.