Efforts to clear the rubble on the road in Vishramghat were resumed on Wednesday morning with the help of earth moving machines and a loader he said. 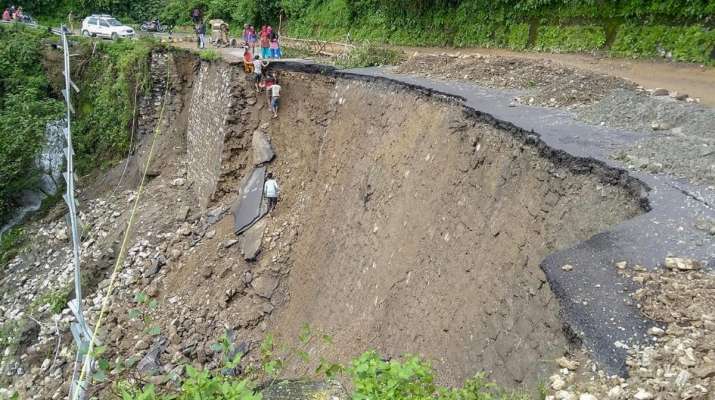 An official on Wednesday confirmed that a rain induced landslide along the Tanakpur-Ghat national highway in Uttarakhand's Champawat district have left around 150 people stranded.

Landslides that damaged eight venues along the highway on Tuesday led to accumulation of enormous amount of debris onto the road.

By Tuesday evening, the debris were cleared at seven points leaving Vishramghat from where the rocks and boulders could not be cleared till midnight despite efforts, District Disaster Management Officer Manoj Pandey said.

As traffic remained blocked at Vishramghat on the highway till late Tuesday night, the district administration made arrangements for the stay of the stranded people in Champawat, Pandey said.

Efforts to clear the rubble on the road in Vishramghat were resumed on Wednesday morning with the help of earth moving machines and a loader he said.

Some of the stranded people, who were headed for Haldwani, are being sent there via Devidhura, he said.