Home  »  Website  »  National  »  Killing In The Name Of 'Jai Shri Ram': Story Of Lynchings In Jharkhand

Killing In The Name Of 'Jai Shri Ram': Story Of Lynchings In Jharkhand

Tabrez Ansari was the eighteenth victim of lynch mobs running riot in Jharkhand for the past four years. Eleven of these victims were Muslims and two Adivasi. 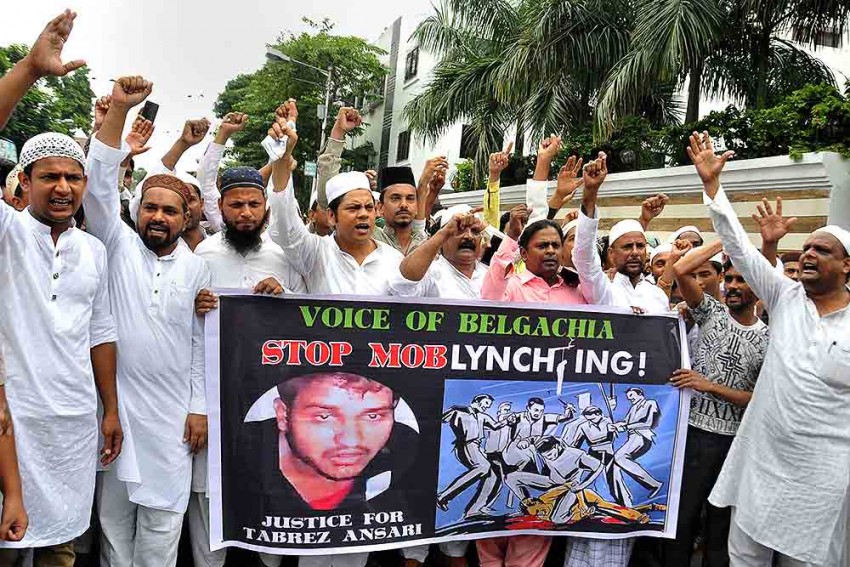 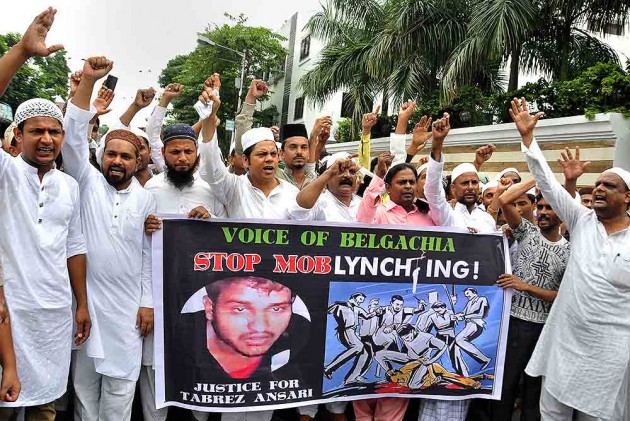 Twenty-four-year-old Tabrez Ansari was brutally thrashed by an angry mob for several hours on June 17 in Dhatkidih – a village near his home in Jharkhand’s Saraikela-Kharsawan district. He was accused of stealing a motorcycle. After being asked to disclose his name, he was tied to a pole, thrashed and made to chant “Jai Shri Ram” and “Jai Hanuman”.

Next morning, instead of ensuring immediate medical care for Ansari, the police locked him up on charges of theft. His uncle, Masroor Alam, requested the thana-in-charge, Bipin Bihari Singh, to take Ansari to a hospital. Singh reportedly told Alam that he would break his bones and lock him up too if he did not go away. Four days later, Ansari succumbed to his injuries and it was only then that the police filed a case against the assaulters.

I learnt about these facts from Ansari's family when I visited his village on June 25, as part of a fact-finding inquiry team of Jharkhand Janadhikar Mahasabha, a civil society network of people’s organisations working on people’s rights in the state.

Ansari was the eighteenth victim of lynch mobs running riot in Jharkhand for the past four years. Eleven of these victims were Muslims and two Adivasi. The mob, almost always, comprised of Hindus who attacked their targets on suspicion of transporting or consuming beef, slaughtering bovine or stealing cattle. The list of victims also includes four Savarna Hindus who were lynched on suspicion of kidnapping children. One Dalit succumbed to injuries after he was beaten by a mob on suspicion of theft.

The national outrage over Ansari's lynching led to Prime Minister Narendra Modi breaking his silence on these hate crimes. The BJP’s return to power at the Centre last month, with an even bigger mandate than the one it got five years ago, seems to have acted as a motivator for more such incidents, with heightened brazenness. The Prime Minister has said that Ansari's lynching has pained him but he also glossed over the blatantly communal nature of the incident, reducing it to the title of a mere crime. He said it was not right to defame an entire state for an incident... "I do not consider this to be a healthy sign in a democracy."

A day before Modi’s speech in the Parliament, a group of young men led by the district president of BJP’s youth wing tried to intimidate our inquiry team, which included a Muslim member, in the village where Tabrez was lynched. Curious about my first name, they tried to heckle me by asking how I was both a “Siraj” and a “Dutta”. Wanting to avoid trouble, I asked my Muslim colleague to leave the spot when the BJP leader arrived with his supporters. I, confident of the protection provided to me by my upper caste Hindu status, hung around for some more time. In front of our team, the BJP functionary told the people of Dhatkidih that the “thief” (Tabrez) deserved to be beaten and that they should not be scared as “everything was Jai Shri Ram” now.

As a member of the Jharkhand Janadhikar Mahasabha, I also inquired into the lynching of a Christian Adivasi in Gumla district’s Jairagi village a few months ago.

Even though Dhatkidih and Jairagi are about 300 km away from each other, there are striking similarities between the two lynchings.

On April 10, while the country was engrossed in the political powwow of the Lok Sabha elections, four Christian Adivasis of Jurmu village were severely beaten for hours by a Hindu mob of neighbouring Jairagi on allegations of killing an ox. Here too, the mob forced the victims to chant “Jai Shri Ram” and “Jai Hanuman”. When they refused to do so, they were beaten further. The mob dumped the victims in front of the local police station at midnight, met the thana-in-charge, Amit Kumar, and went away. Instead of taking victims to a hospital, the police made them wait outside, under the open sky, for several hours. By the time the victims were taken to the local health centre, one of them, Prakash Lakda, had succumbed to his injuries.

Even though the victims, their neighbours and even the ox owner repeatedly told the police that the animal had been dead before it was carved, the police filed a case against the victims under the state’s bovine slaughter prevention Act. The Act applies only in case a live bovine is slaughtered. Amit Kumar defended the perpetrators of the violence and indicated the victims were beaten for hurting the religious sentiments of the Hindu community. This, despite the fact that carving a carcass for skin and meat, is an age-old practice in Jurmu. People of all communities living in the village give their dead animals to the Adivasis to harvest the carcass for meat and hide.

Not limited to these two incidents, the pattern in the lynchings of Muslims and Adivasis in the state is hard to miss. In most of the cases, Hindus mobilized against these minorities on issues such as beef consumption. The complicity of the police with the perpetrators and the negligence of their responsibilities towards the victims also stand out.

Another similarity is the tacit approval, blatant at times, of the BJP and its state government. Last year, BJP parliamentarian Jayant Sinha shamelessly garlanded those convicted for lynching Alimuddin Ansari in Ramgarh, after they were granted bail by the high court.

The evidence from Jharkhand stands contrary to Prime Minister Modi’s umbrage at the state being called out for its rising instances of lynchings during his speech in the Rajya Sabha. Having lived and worked in Jharkhand for over a decade now, I am sure that I am not insulting Jharkhand by calling out these lynchings. If Jharkhand is getting defamed, it is because the government has grossly failed to check such acts of violence by letting their perpetrators roam free.

Of course, the issue is not limited only to Jharkhand. For example, according to the data collected by factchecker.in, at least 47 people have been killed across the country in cow-related violence in the last five years. Most of the victims were Muslims and Dalits and the majority of these hate crimes happened under the watch of BJP-led state governments. As I write this piece, reports are coming from UP and Maharashtra that Muslim youths were beaten for refusing to chant “Jai Shri Ram”.

(The writer works on social policy in Jharkhand and is based in Ranchi.)