When the book triggered a row after various Muslim outfits asked the government to confiscate it, the church authorities expressed regret on Wednesday and clarified that they did not intend to hurt any religion or faith and aimed only to keep the youth rooted in the Christianity. 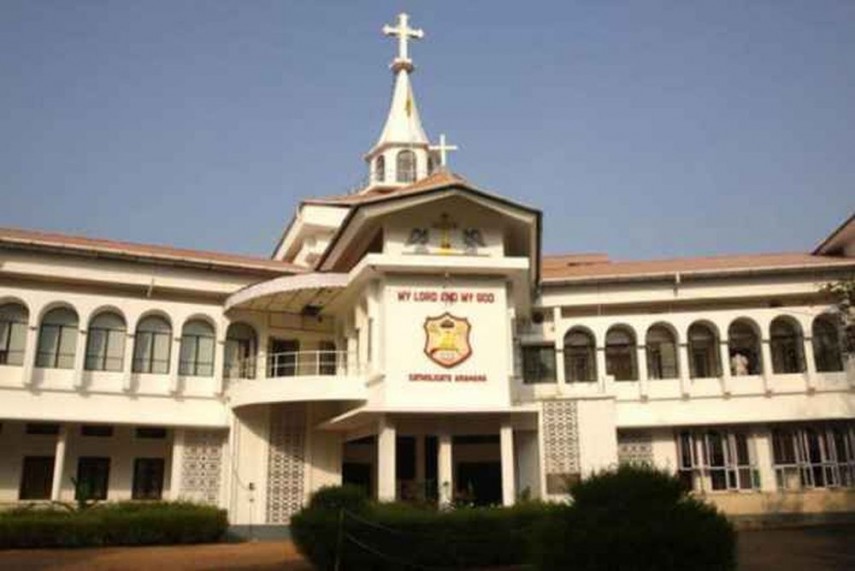 Even before the raging controversy over the scathing 'narcotic jihad' remark by Pala Bishop Joseph Kallarangatt pacified, another church diocese in Keerala fuelled a separate controversy by delineating nine stages of the implementation of the alleged 'love jihad' in a handbook made for students of classes X to XII.

When the book triggered a row after various Muslim outfits asked the government to confiscate it, the church authorities expressed regret on Wednesday and clarified that they did not intend to hurt any religion or faith and aimed only to keep the youth rooted in the Christianity.

The Diocese has no discrimination or intolerance towards any faith or religion, the statement said.

"This book has been published not out of any hatred or objection towards any religion. It is only aimed at keeping the Christian youth rooted in the faith and to protect the community girls from exploitation," Fr John Pallikkavayalil, Director, Department of Catechesis under the Diocese, said.

As per the over-130-page handbook, brought out by the Department of Catechesis under the Diocese, love jihad is a reality and claimed that it is being implemented through nine stages.

It also prescribes some precautions for the community girls to be taken to avoid falling into such love traps.

Among the several controversial remarks, the handbook had references about 'kaivisham', a kind of witchcraft allegedly practised through Muslim clerics to lure Christian girls.

It alleged that black magic was being carried out by collecting various objects possessed by the girls including their pen, handkerchief or a strand of hair.

Though the Diocese, in its press statement, urged to keep a vigil on attempts to destroy communal harmony, it also said that they had been receiving several complaints of "sex terrorism" targeting Christian girls for some time.

During the investigation of the Church, it had been found that over hundred community girls had been victimised for sexual exploitation and other harassment in the name of 'love marriages', it alleged in the statement.

Several Muslim outfits including Samstha Rights Protection Council came out against the handbook and demanded its confiscation by the government.