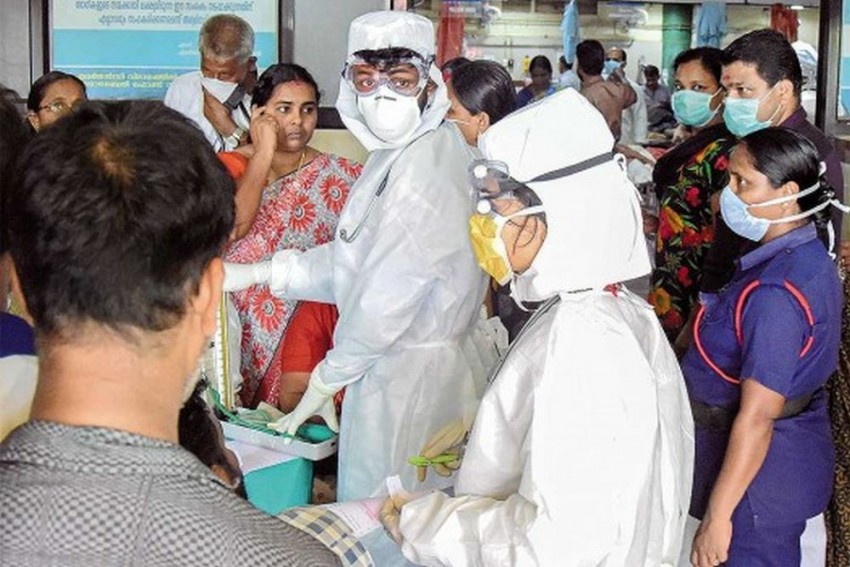 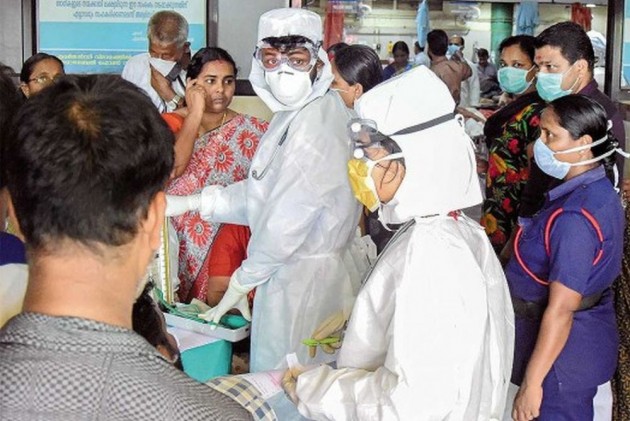 The Kerala government has issued an alert to all District Medical Officers (DMO) to follow strict infection control procedures for Nipah, which had claimed 17 lives in the state during its outbreak in Kozhikode and Malappuram districts in May, this year.

"Masks should be provided to those suffering from severe respiratory infection and a person should be appointed to provide information about the masks and the need to wear them," she said.

According to the state government figures, the Nipah virus had claimed 17 lives, 14 in Kozhikode and three in neighboring Malappuram since its outbreak in May.

The figure includes the death of Mohammed Sabith, the first victim, whose samples had not been tested for Nipah.

A row had erupted recently over the Nipah toll afteran international medical journal stated that the deadly virus had claimed 21 lives, contradicting the official figure of 17 deaths.

The virus, believed to be caused by fruit bats, had put the entire state on high alert with thousands being quarantined to check for symptoms.