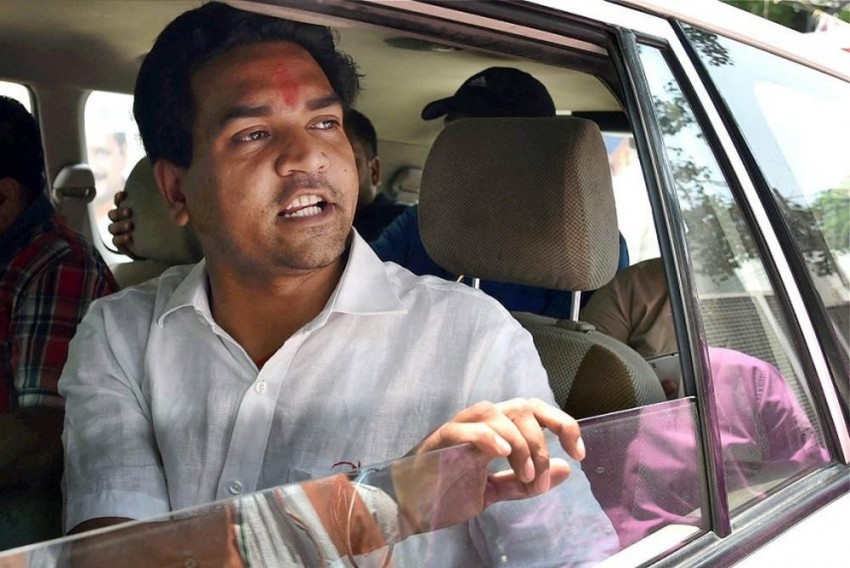 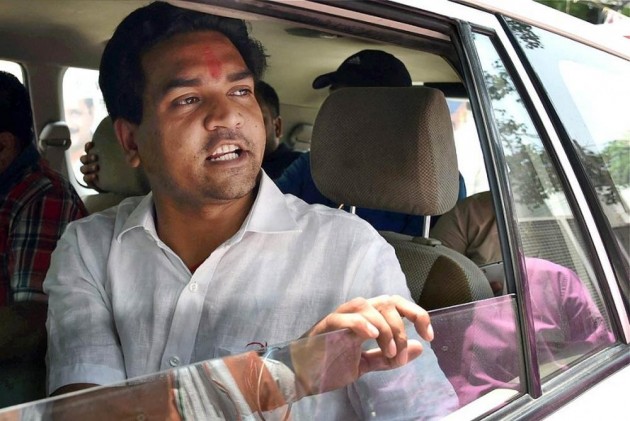 Mishra who is currently on a hunger strike to protest against corruption by AAP said, "For three continuous years, black money was converted into white and spent on foreign trips of AAP leaders. AAP did not inform about some of its fundings which it received from fake companies."

"These fake companies are registered in the name of AAP MLA from Moti Nagar, Shivcharan Goyal. These companies have given Rs 2 crore to Kejriwal at 12 a.m. The fund received from these companies were sent to same branch branch of Axis Bank where there were allegations of converting black money into white at the time of demonetisation," he added.

AAP has its bank account at the Krishnanagar branch of Axis Bank and all the transactions happen from there.

Mishra also shared a bank cheque without a date which has already been encashed.

"I file case against Arvind Kejriwal in Central Bureau of Investigation on Monday in connection with conversion of black money to white," the AAP leader said.

However, the press conference took a dramatic turn when Mishra openly threatened to drag Kejriwal 'by the collar' to Tihar jail and then promptly passed out and was carried to the hospital.

Kumar will be interrogated by the ACB on May 17.

Last Thursday, Mishra made "serious allegations" against senior Delhi government functionaries in relation to the water tanker scam, which is alleged to have caused a loss of an estimated ?400 crore to the State exchequer, in a detailed statement to the Anti-Corruption Branch (ACB).

Earlier, Mishra submitted documents related to the tanker scam to the ACB, while saying that he also apprised the agency about the misuse of the money by the Delhi government. (ANI)

70% Of ATMs In India Are Vulnerable To Cyber Attacks, Thanks To Outdated Windows Version