Farooq Ahmed Dar said the army should have treated his case also on compassionate grounds and listened to his version of the incident that sparked an outrage. 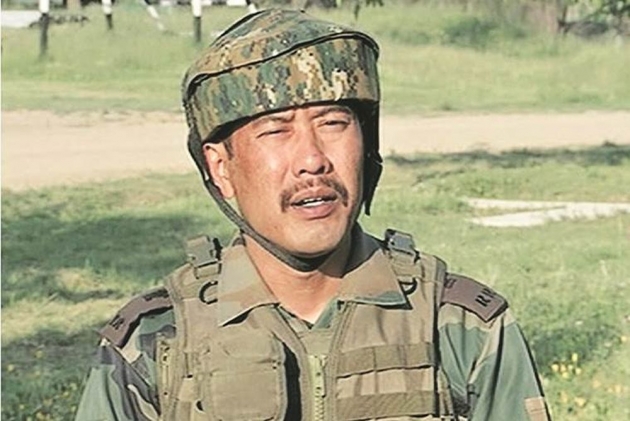 "Justice has been finally done," remarked Farooq Ahmed Dar, an artisan used as a 'human shield' by Major Nitin Leetul Gogoi, on hearing the officer was indicted by an Army Court of Inquiry for allegedly "fraternising" with a local woman in May this year.

The Court of Inquiry(CoI) indicted Gogoi on two counts -- allegedly "fraternising" with a local woman in a Srinagar hotel and being away from his place of duty, and "being away from the place of duty while in operational area". This paves the way for disciplinary action against Gogoi, army sources said on Monday.

"I am thankful to the Almighty. The person who ruined my life has to face the wrath of God finally. God has his ways to do justice," Dar told PTI over phone from his home.

The 28-year-old embroidery artisan, who is struggling to pick up the threads of his life after the traumatic incident, said the army should have treated his case also on compassionate grounds and listened to his version of the incident that sparked an outrage.

"I am not even sure whether I will be able to restart my life again but I am happy that God has given me justice at the end of the day. The person who is responsible for my destruction has also been eventually shamed," said Dar, who has been shunned by neighbours after a video of him being tied as a 'human shield' by Gogoi came in public domain.

Suffering from depression as he was boycotted by villagers for allegedly being a government agent, Dar recalled his repeated pleas to Gogoi to release him but he refused to pay heed.

"The army major was arrogant with power and considered himself as my creator. However, little did he know that 'Uski lathi mein awaaz nahi hai' (lightning makes no sound until it strikes)," he said.

On April 9 last year, a team led by Gogoi tied Dar to the bonnet of an army jeep to escape heavy stone pelting in central Kashmir's Budgam district, the image going on to make global headlines and putting the civilian-security polarisation in the Valley once again in spotlight.

It was election day for the Srinagar Lok Sabha constituency and Dar said he was on his way to cast his vote, braving the boycott call by separatist organisations. Eight people were killed in police firing on the day.

Investigations by central agencies and local police backed Dar’s account of events of the day, raising questions on the army’s claim that he was a stone-pelter.

Investigations found Dar was on his way to his sister's place for a condolence visit after voting when the army picked him up and beat him mercilessly before tying him with ropes and parading him through nearly 28 villages.

"I have not been able to understand my mistake. Was it going to the polling booth and casting my ballot wrong?" he said.

He said he continued to face a social boycott as people in his village Chill, in Budgam district, had distanced themselves after they learnt he had participated in the election process.

Mohammad Ashan Untoo, the head of the International Forum for Justice and Human Rights group in the Valley who has filed a case against the army before the Chief Judicial magistrate, said "I have faith in the Almighty as well as the judiciary."

"One day we will get justice in our case too," Untoo said.

Gogoi was detained by the police on May 23 this year for sometime after an altercation took place at a hotel reception here when he allegedly tried to enter along with an 18-year-old woman. Gogoi had told the police that he had come for a "source meeting".

After his indictment, the officer will now face summary of evidence before court martial proceedings are initiated against him, army officials said.

The Army had ordered the CoI following the May 23 incident. Army chief Gen Bipin Rawat had also said that exemplary punishment would be given to Gogoi if he was found guilty of "any offence".