The duo claimed that they could not stand up in time as they were engaged in an argument with some women over their seats when the national anthem started. 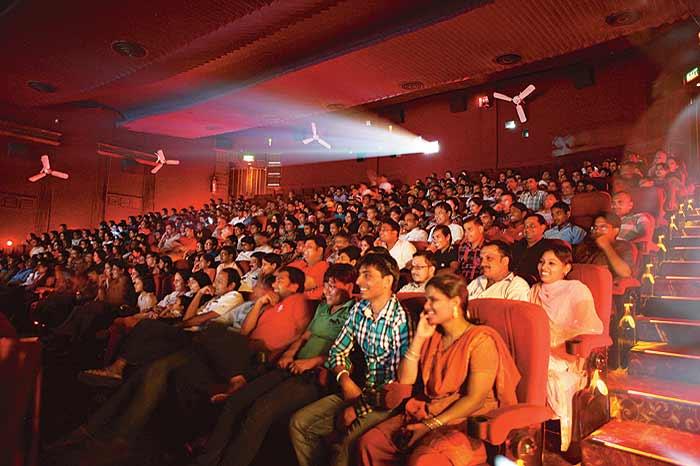 In the first such case in Jammu and Kashmir, the police have booked a government employee and a banker for not standing during the national anthem at a cinema hall.

The Indian Express reported that the incident took place at a cinema hall in Wave Mall in Narwal area.

The men have been identified as Javed Ahmed, 34, who is a consultant with the J&K Institute of Management, Public Administration and Rural Development in Jammu, and Mudassar Ahmed, 30, who is an employee of the Jammu and Kashmir Bank in Srinagar.

In November last year, the Supreme Court ruled that all cinema halls must play the national anthem before the screening of films, and all present must “stand up to show respect”.

The two men had gone separately to watch Sharukh Khan-starrer Raees and did not stand when the national anthem was played. The men were booked under the Prevention of Insults to National Honour Act and taken to the Narwal Police Post.

The matter was brought to their notice by thesecurity in-charge at the Mall, who had also gone to watch the film. A police official said the duo claimed that they could not stand up in time as they were engaged in an argument with some women over their seats when the national anthem started. The matter is under investigation, said the official, adding that there were no CCTV cameras in the hall.