They hurled grenade at a Police party near Jammu and Kashmir Bank in Sopore. As many as four police personnel were injured in the incident. 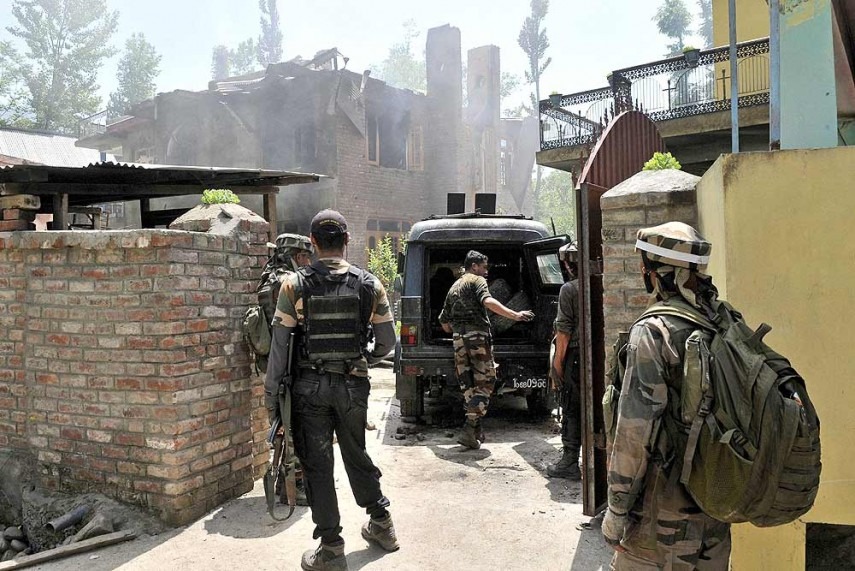 Jammu and Kashmir police Thursday morning claimed of killing two militants in Sopore police district, around 55 km north of Srinagar. A Srinagar based police spokesman said, in a "quick operation" the police identified two militants and killed them.

He said the militants were "instrumental in throwing of grenade" on police on Wednesday evening in Sopore, in which four policemen were injured. He said the police killed the militants in joint operation   with the Army and CRPF at Mir Mohallah, Nathipora at Bomai Sopore.

The encounter started few hours ago.

Terrorists yesterday hurled grenade at a Police party near Jammu and Kashmir Bank in Sopore. As many as four police personnel were injured in the incident.

Lauding the Indian Army's swift action in neutralizing the terrorists i, the defence experts said this offensive mode of the security forces will help in flushing out terrorists from the Valley.

Defence expert P.K. Sehgal said it was a huge achievement for the forces to gun down the terrorists despite the strong support provided by the locals to these terrorists in Sopore.

"Sopore has people who are by and large sympathetic towards Pakistan. They provide terrorists both safe haven as well as logistics support. To that extent, flushing them out is a huge achievement for the security forces. It is apparent that we have been able to take them out despite locals giving them all kind of support," Sehgal told ANI.