The jawan used his service weapon to perpetrate the killings in the residential unit at Shalimar chowk and has been arrested by the local police. 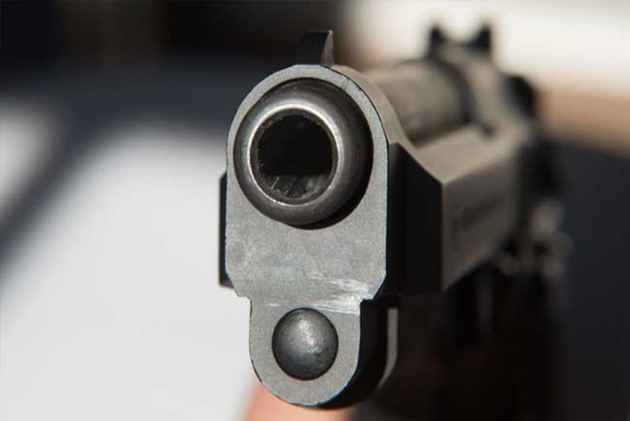 A CISF jawan on Thursday allegedly shot dead three persons, including his wife and colleague, at his unit in Kishtwar district of Jammu and Kashmir, officials said.

The incident took place at about 2:00 am at the Central Industrial Security Force unit tasked to guard the NHPC power plant at Dhulasti in Kishtwar district of the state.

The reported reason for the jawan allegedly pumping bullets into his wife, his colleague and his wife is suspected to be linked to an extra-marital affair, they said.

The jawan used his service weapon to perpetrate the killings in the residential unit at Shalimar chowk and has been arrested by the local police.

The killing has rendered four children, two each of the couples, orphan.

"We have suspended the accused jawan and the force will take care of the children of both the families," CISF Director General O P Singh told PTI in Delhi.

The jawan, I Surinder, who allegedly committed the crime had joined the force in 2014 and hailed from Telangana.

The dead couple has been identified as constable Rajesh and his wife Shobha.