Political parties in the Valley allege the government’s focus is on terminating employees in Kashmir in the middle of a ravaging pandemic. 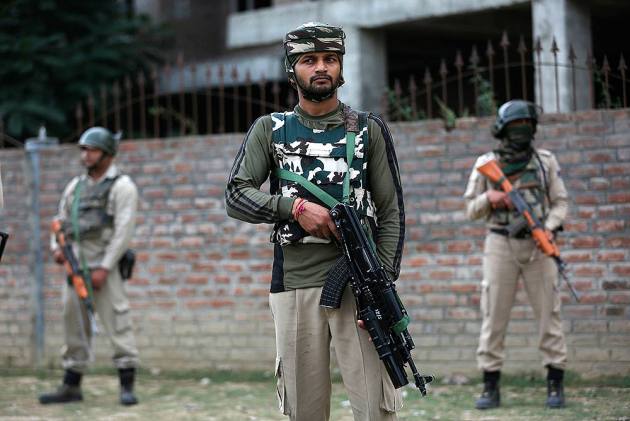 As Jammu and Kashmir government continues to dismiss its employees from services citing “threat to the security of the state”, political parties in the Valley allege the government’s focus is on terminating employees in Kashmir in the middle of a ravaging pandemic.

“In the middle of a pandemic GOI should focus on saving lives instead of firing government employees on flimsy grounds in Kashmir. No wonder its misplaced priorities have converted India into shamshanghats and kabristans. The living continues to suffer & the dead are deprived of dignity,” former chief minister Mehbooba Mufti tweeted.

In the middle of a pandemic GOI should focus on saving lives instead of firing govt employees on flimsy grounds in Kashmir. No wonder its misplaced priorities have converted India into shamshanghats & kabristans.The living continue to suffer & the dead are deprived of dignity pic.twitter.com/VenrxxptN8

All Parties Hurriyat Conference (APHC) led by Mirwaiz Umar Farooq condemned the government action and said, "it is inhuman and cruel to render people jobless in such a manner at this time by invoking a draconian law".

“APHC condemns and strongly protests the dismissal spree being undertaken by the Jammu and Kashmir government against its employees, in the most dictatorial manner. While the people of Jammu and Kashmir, like the rest of the world, are dealing with the deadly virus and daily cases and fatalities are alarmingly rising, those in power in Jammu and Kashmir, instead of mitigating people’s sufferings caused by the pandemic, are pursuing such ruthless dismissals”  says a statement issued by the APHC.

National Conference on Tuesday asked the administration to call an end to the Special Task Force (STF), saying the measure will push the people towards alienation.

“We are living through the worst-ever public health catastrophe in the form of the Covid-19 pandemic. The government should have focused on boosting the Covid care rather than terminating employees in an elusive manner where the terminated cannot even resort to legal recourse to protect their rights,” said National Conference in a statement.

The orders say the dismissal of the three officials was directed by Lt Governor Manoj Sinha. The orders say it is not expedient to hold an inquiry in these cases.

On Wednesday the General Administration Department constituted the STF under the chairmanship of additional director general of police, Criminal Investigation Department to scrutinize the cases of employees suspected of activities requiring action under the  proviso (C) of Article 311(2) of the Constitution of India. Under the proviso (C) of Article 311(2), the government is empowered to terminate an employee without recourse to the normal procedure if it is satisfied that his or her retention in public service is prejudicial to the security of the State.