Home  »  Website  »  Arts & Entertainment  »  It Should Be #YouToo For Men: Shilpa Shetty On Bollywood’s #MeToo Movement

It Should Be #YouToo For Men: Shilpa Shetty On Bollywood’s #MeToo Movement

Shilpa Shetty Applauded Tanushree Dutta for speaking up and that it has kick-started a movement. 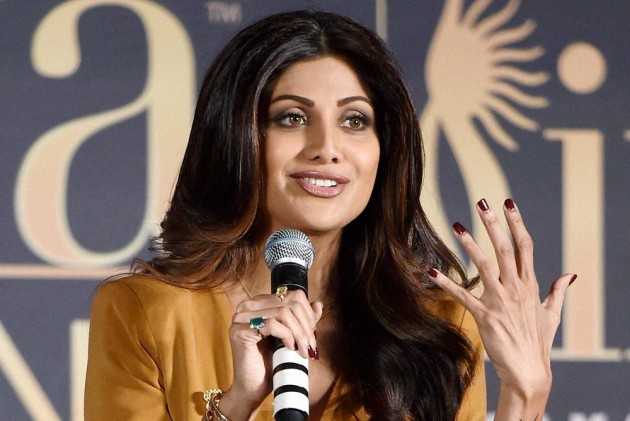 Actor Shilpa Shetty on Sunday said that it is time women spoke about their harassment but not under the hashtag 'MeToo' but 'YouToo' as it is the men who are at fault.

Shetty applauded Tanushree Dutta for speaking up about the alleged harassment she faced from Nana Patekar on a film's set ten years ago and said it has kick-started a movement.

"In any milieu, actors, entrepreneurs, the working environment should feel safe. That should be a prerequisite. This entire movement which has been initiated by Tanushree Dutta, my heart goes out to her, as a woman and on a human level because something like this was brushed under the carpet," said Shetty.

Patekar has denied the allegations of sexual harassment.

Shilpa said that women should not feel weak or blame themselves and should rather be strong today.

"We don't know the nitty gritties of the goings on but it has kick-started a movement. People have suffered. It's time women wake up and take charge. It shouldn't be hashtag MeToo, it should be YouToo, for the men. It shouldn't be the women, cowing down and saying oh #MeToo," she added speaking at the Skechers Mumbai Walkathon.

The actor said she always believed in staying fit and going to the gym at a time when even her contemporaries were not into it.

"When I entered the industry back in the day, nobody was into fitness as much. They were into looking good. I don't think any heroines also went to the gym 25 years ago. I used to be one of those who used to go! It started way back and I slowly transitioned from an actor to wanting to become a health enthusiast."

Shetty said it was not that because she was an actor that she chose to stay fit and said that she was always a fitness enthusiast, thanks to her father.

"If I wasn't an actor, I would've led my life like this, focusing on fitness. Sometimes I feel agitated that I can't give fitness enough time because there are things to balance and I also have a beautiful family life," she said.