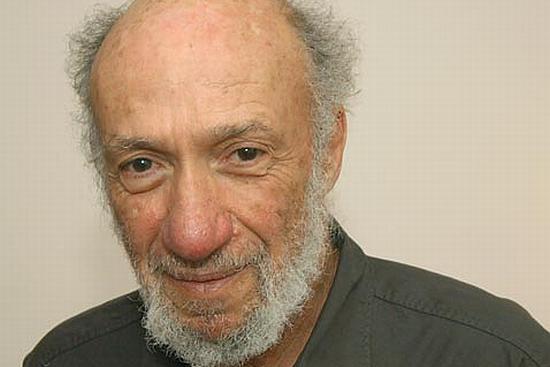 Richard Anderson Falk, professor emeritus of international law at Princeton University and former UN “Special Rapporteur” on human rights in Palestine, has never been shy to express his views. Described by admirers as a “critical analyst of international law in global politics,” the 84-year old scholar has also come under severe criticism from US officials and others for his outspoken position on Israel. He shared his views with Pranay Sharma on Israel’s ongoing military campaign in Gaza, short excerpts from which were used in print

Is Israel becoming a rogue state and is the international community totally powerless to rein it in?


I believe that Israel is a rogue state in the regional context of West Asia. It has been defiant toward international law in war/peace contexts, especially since the Lebanon War of 2006, but also in its periodic massive military operations carried out in Gaza over the last six years (2008-09, 2012, 2104) against an essentially defenceless civilian population encaged within a crowded space. Gazan civilians have not even been granted the option of seeking sanctuary across the border, a normal refugee option, and the realities of Gaza make internal displacement unavailable as there no escaping the combat zone. We lament the refugee flows and internal displacements associated with the strife in Syria and Iraq, but compared to the people of Gaza, Syrian and Iraqi civilians are ‘privileged.’

Is the Israel’s ongoing military action on Gaza justified? And what is the motive behind it?

It is always uncertain to speculate about undisclosed motives, but in this instance it is unavoidable. After the June 12 kidnapping incident Israel both initiated an anti-Hamas revenge campaign in the West Bank arresting hundreds and engaging in state terror, and incited anti-Palestinian rage among the Israeli population leading to several horrible vengeful incidents. Israel also made several air strikes against Gaza, seemingly to provoke Hamas rockets so as to have a pretext for the launch of Protective Edge, the name given to its military operation.

I believe the true motives of this hideous attack on Gaza are two: first, to warn the Palestinian Authority leadership in Ramallah that moves toward reconciliation between Hamas and Fatah will not be tolerated; second, to remove Hamas as an obstacle in the Israeli moves to incorporate most of the West Bank into Israel, and move toward an Israeli one-state solution. The Knesset just elected Reuven Rivlin as the next President of Israel, and he is a prominent Israeli ‘one-stater’.

Can it go on killing innocent civilians in the name of dealing with Hamas militants?

Governments, including in the Arab world, have not been willing to act in solidarity with the Palestinian victims of Israeli criminality, partly for sectarian reasons and partly because preoccupied with their own stability in a turbulent region. There is an outcry at the grassroots level, including in the United States. There will be a big move toward support for the global solidarity movement, especially its BDS campaign (boycott, divestment, and sanctions). Israel is increasingly in the position that apartheid South Africa found itself in during the late 1980s. It is not only a rogue state, it is quickly becoming a pariah state.

Why has the liberal Israeli/Jewish voice been so silent during this operation of Tel Aviv? Has that voice been lost?

Actually, in Europe and North America liberal and progressive Jews have been appalled by Israel’s behaviour, and even the pro-Israeli liberal media (NY Times, Washington Post) has for the first time given space to views highly critical of Israel, and have published many graphic pictures that portray Palestinian suffering. What is more disturbing is the U.S. Congress, with the Senate voting an incredible 100-0 in support of Israel’s behaviour in Gaza, and taking no note of the civilian loss of life among Palestinians. The U.S. government is increasingly perceived to be morally and politically complicit in the commission of Crimes against Humanity and measures of collective punishment that are being committed by Israel on a daily basis.