'Islam Has Been Militant From The Beginning'

Joining the debate, against the dogma of religion, irrational beliefs, obscurantist laws and violent fanaticism. 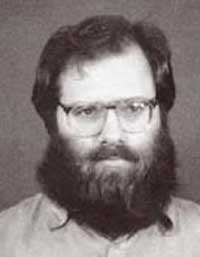 Why do you think Islam has turned increasingly militant?

I think Islam has been militant from the beginning. Later on, its degree of militancy fluctuated with a number of factors, one of them being the power equation with its rivals. Today, Islam lives in the shadow of Western (and locally in South Asia, Hindu) economic and cultural supremacy, which gives it an incentive for militant opposition to the West. At the same time, its demographic strength and access to specific military (guerrilla)instruments give it the self-confidence to transform its dissastisfaction into action. So, we are seeing a peak in Islamic militancy.

There is a view that many of the militant groups are a reaction to the decay in their own societies and that this is because Muslims have turned away from their religion.

I disagree. There has been plenty of decadence in many periods and areas of Muslim history, some of them provoking militant "purification" within the community, others coinciding with aggression against non-Muslims, and others not accompanied by a vigorous Islamic action in any sense. Also, what Islamic militants call "decadence", and to which they would react e.g. by killing "apostates", may be something entirely different from what outsiders would call decadence, e.g. peaceful coexistence with non-Muslims can already qualify as treason to Islam, witness the murder ofEgyptian president Anwar Sadat for making peace with Israel.

Why is the Quran invoked by the militants for their violent brand of politics?

Because the Quran does contain ample injunctions to hostility and war against the unbelievers.

Can the violence also be attributed to suppression of dissent in large parts of the Muslim world?

Why is the Muslim ire directed particularly against the US? Is it because the US has propped up authoritarian regimes in the Muslim world to secure its business interests?

That is part of the reason. There is just no end to the brutality and stupidity of American foreign policy. But note thatNATO's bombing of Serbia has not led to any similar revenge operation by Serbs, only Islam was willing as well as able to do it.

To what extent has the Palestine Question added to the anti-US sentiment?

We cannot blame the US for failing to impose the perfect solution on the Middle East, for unfortunately, there is no solution which will be just and satisfying to everyone concerned. But it is obvious that American one-sided support to Israel is perhaps the biggest source of Muslim anger.

There is a popular perception that Islam is resistant to change? Do you agree and why?

By definition, Islam wants to perpetuate the policies and beliefs followed by the Prophet and his companions. To be sure, all religions have deep respect for their founder and their ancestral traditions, they all resist change to some extent.But I must add that Christianity has come a long way e.g. in shedding its anti-Semitism, and the Hinduism has made great strides in diminishing gender and caste inequality. Islam is more resistant to change because it is so closely linked to the literal Quran and Hadith, like a self-described "seamless garment": change one rule and the whole fabric of Islam will unravel.

Does this resistance to change stem from the immutability of Quran, as well as because Islam makes no distinction between personal and public domain?

Well, Christianity and Hinduism are more broad-based, having a very composite body of scripture. This allows reformers to play off one chapter against another, to trump traditionalist injunctions with more progressive ones without explicitly going against scripture. Islam is also a political religion to a far greater extent, explicitly aiming at the creation of an Islamic state which should ultimately encompass the whole world.

What do you think are the reasons why democracy is absent in large parts of Muslim society? Why have most Muslim states been unable to separate the Church from the State?

Democracy is not given in Quran and Hadith. Even where parliaments are set up, they are allowed only to take decisions within the boundaries laid down by scripture. Islam is intrinsically theocratic.

Why is the condition of women in Muslim societies subservient to men? Considering Quranic injunctions -- and their very narrow interpretations--about polygamy, divorce, dress code, etc., what are the ways out for women?

The royal way out is collective apostasy from Islam. Meanwhilme, in practical terms, efforts to emancipate women all while paying lip service to Islam should be encouraged. We cannot expectwomen to wait until the final religious revolution flushes out Islam itself from people's minds. So, in the meantime, I don't mind if they try to get their way by means of white lies such as: "if read properly, the Quran is against polygamy". But ultimately, there is no reason why people should go on believing in the prophetic claims of Mohammed. To be sure, I am convinced that religion will remain relevant. But it cannot remain a dogmatic religion based on irrational beliefs. It is time for a religiosity that is in tune with science and mental freedom. That will take care of current problems of obscurantist laws and violent fanaticism.

(Dr. Koenraad Elst, 42,is a Belgian Indologist. His latest contributions to the communalism debate are The Saffron Swastika (Voice of India, 2001) and Decolonizing the Hindu Mind (Rupa 2001) )

'Exercise The Right To Ijtihad'