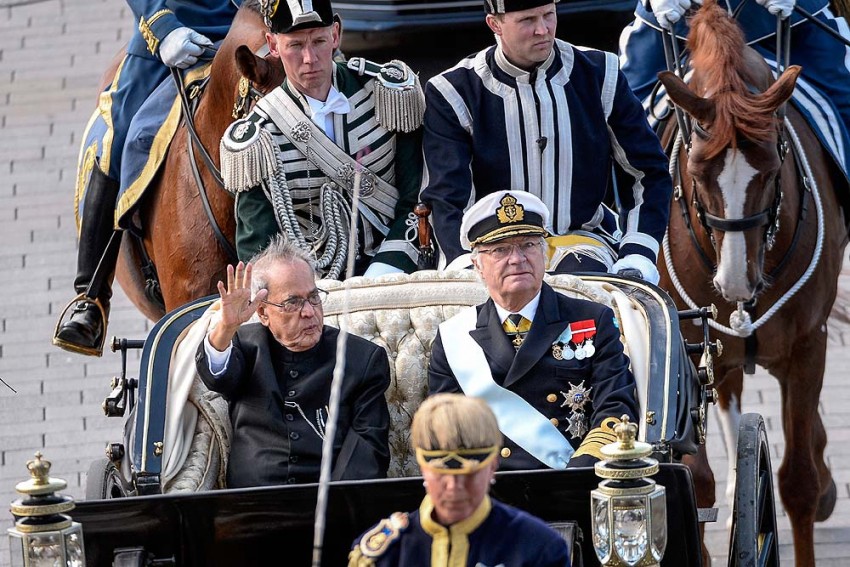 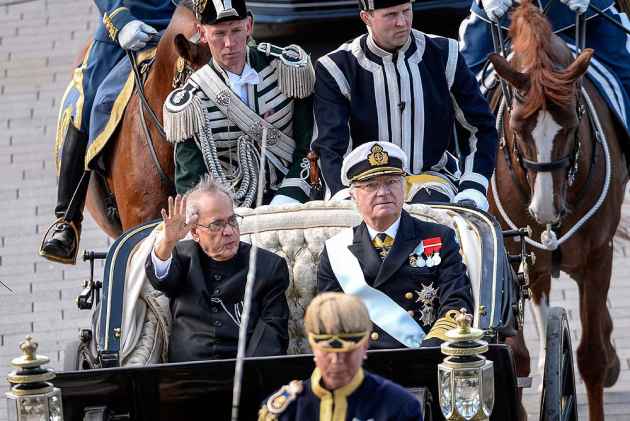 Carried away by its own rhetoric and its skill in managing the media, public opinion and perceptions, this government at times displays a tendency to act delusional. This can be damaging to polity and policy within the country, which largely plays out in the medium and longer term. But a delusional diplomatic faux pas impacts immediately. The two obvious examples in this context are a damaging diplomatic overreach by the Indian ambassador to Sweden Banashri Bose Harrison acting under the instructions of the External Affairs Ministry in the wake of President Pranab Mukherjee’s controversial Bofors interview, and an adolescent machismo betrayed by Defence Minister Manohar Parrikar threatening to fight Pakistan’s state sponsored terrorism against India by encouraging terrorism against Pakistan.

Consider first President Pranab Mukherjee’s episode. In a pre Sweden visit interview to the Swedish national daily Dagens Nyheter, Mukherjee said that Bofors was a media trial and none of the investigating agencies could establish any criminal offence in the matter. As the journalists cornered Defence Minister Parrikar for his views on Mukherjee’s Bofors comment in his interview, the BJP government was probably immediately alerted of its spillover in the domestic political arena.

The accusations related to a pay off in the Bofors gun deal during Rajeev Gandhi’s rule in the 1980s, remained a bulwark of the opposition’s campaign, including the BJP’s, against the congress and continued to pay political dividends through the 1990s. That the President’s remark in a Swedish media outlet on the eve of his Sweden visit would question the base of the BJP’s political campaign against the Congress on the issue of corruption and would even undercut in public memory the Bofors story as it had first broken out on the Swedish radio in late 1980s and helped change the political history of India.

The ruling party’s leadership could have easily avoided the diplomatic faux pas by distancing the government from the President’s remark with a help of a terse response: these are the President’s personal views. Instead, it was undermined by its own delusion. Its success with using the media, based on an astute understanding on the follow-the trend nature of the beast and a shrewd carrot-and-stick approach to give a spin to things as per its wishes, the Modi government was lulled into considering Sweden an Indian province and an independent Swedish daily with roots going deep into a democratic culture, of around 1850s vintage, of freedom of expression and inquiry as some fawning Indian media outlet.

The Indian ambassador thus tried through an intimidating missive threatening even the cancellation of the impending Presidential visit, to submit the Nyheter Chief Editor Peter Wolodarsky into compliance. She alleged that the President had made the remark off the record and even went into trivialities like why did the newspaper open the interview with a question was asked third serially. By publishing the ambassador’s letter in full, Wolodarsky gave a keyhole view to the enlightened international public opinion into the insecure manipulating section of the mind of the current Indian government which has yet to imbibe the culture of a free democracy comfortable with the universal human right of freedom of expression, also so nobly enshrined in the Indian Constitution. Embarrassed, India was also forced to tolerate a sermon on journalistic ethics and freedom of expression by the Nyheter editor.

Now to come to Manohar Parrikar. By one stroke of his braggart tongue, the honourable Defence Minster risked placing India at par with Pakistan in the international rogue’s gallery of terrorism. Since Kargil, Osama, Pakistan sponsored Afghan Taliban, US 9/11, Mumbai 26/11 and Lashkar e Toiba, international public opinion prompted the world powers to increasingly de-hyphenate India and Pakistan and place the latter firmly as the transgressor in disputes and conflicts involving the two countries. This has greatly helped India in putting Pakistan on the backfoot. Immature macho utterances like Parrikar’s, if they become frequent, risk frittering away India’s diplomatic goodwill. Not to say that powers claiming a moral high ground and launching a war on terror don’t have blots to hide: consider the United States’ extraordinary renditions Guantanamo Bay. But they don’t brag about it and don’t wish to shock the world with their naked power play and risk ceding moral superiority in international perception. They know it would be counter-productive. Hence, the veil of hypocrisy. But a misplaced braggadocio should also know that shedding this veil also doesn’t help you. It brings its own punishment of diplomatic isolation.