One of the greatest Olympians of all time, Phelps had a fun cricket session with IPL team Delhi Capitals here on Wednesday. 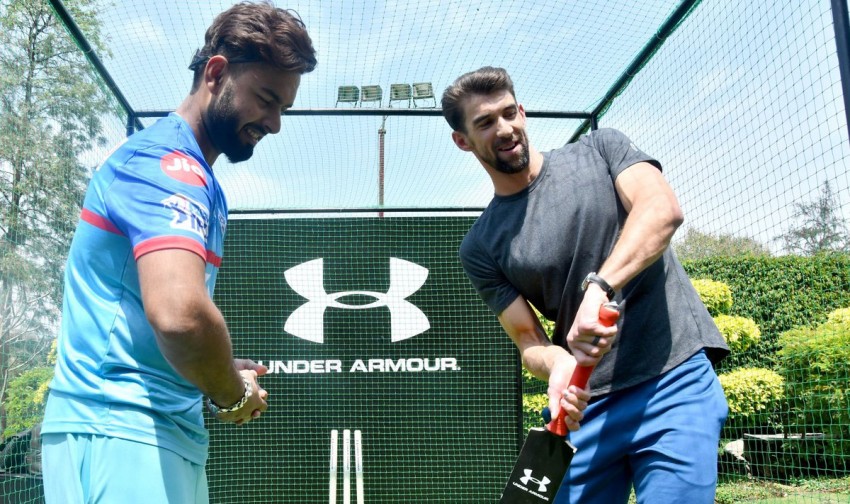 Michael Phelps, one of the greatest Olympians of all time, got a taste of cricket on Tuesday as he watched the Indian Premier League match between Delhi Capitals and Chennai Super Kings
Courtesy: Twitter (@DelhiCapitals)
March 27, 2019 00:00 IST IPL 2019: Rishabh Pant Teaches Olympic Legend Michael Phelps Cricket 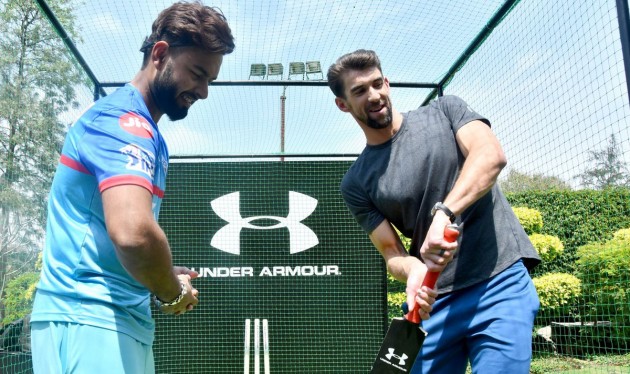 Learning to hold the bat was fun and so was watching balls flying for sixes but American swimming great Michael Phelps says despite the enjoyable brush with cricket on his maiden India trip, he doesn't quite foresee himself taking to the sport.

One of the greatest Olympians of all time, Phelps had a fun cricket session with IPL team Delhi Capitals here on Wednesday.

"It was nice to see how excited the crowd was, and to see how the players shift when there is a change of ends, or a dismissal. I loved watching the sixes yesterday," the 33-year-old was quoted as saying in a media release.

Speaking on meeting the cricketers and watching Delhi Capitals match against Chennai Super Kings on Tuesday night, the American legend said, "I don't think cricket is my next sport but I loved seeing the match with the Delhi Capitals yesterday."

"Today has been about getting a couple of tips from the boys, starting with how to hold a bat. So I'm sure I will be better prepared to play cricket when I visit India next," he quipped.

Phelps won a staggering eight gold medals in the 2008 Beijing Olympics, winning all the events he participated in. In the 2012 London Games, the ace swimmer went on to win four gold and two silver medals.

Was incredible to welcome the greatest swimmer of all time to our Kotla @DelhiCapitals - was an honor to host you Michael Phelps @MichaelPhelps thank you for coming and watching India’s number 1 sport pic.twitter.com/nN6hQ0gbGt

Be it swimming or cricket, you just can't beat @MichaelPhelps' strokeplay ðÂÂÂÂÂÂÂÂÂ

Asked how he would convince Phelps to play cricket, Pant said, "I would just tell him that he is most welcome to stay at my place for as long as he wants, where I can teach him how to play the sport."

To which Phelps replied, "That sounds good to me, and it means that I am coach-able which makes me happy."

Morris, who joined the Delhi squad late on Monday evening, spoke about how it felt to meet the legendary swimmer.

"Like I said the man is an absolute legend. He is the all-time leading gold medal winner at the Olympics. It is quite an honour for us to interact with him and I am very excited to see him today.

"Michael Phelps is a name that is synonymous with Olympics, and there are two Olympians who have become household names, and it is Phelps and Usain Bolt so I'm really buzzing," he said.

"It was a great opportunity for all of us to have met him. You know he's a world champion and we shared a few moments with him as well. He has been a huge motivation to athletes around the world over the years, and it was the same for all of us at the Delhi Capitals today," he said.

IPL 2019: Ziva Dhoni Screams At The Peak Of Her Voice To Cheer Dad MS Dhoni