India vs Pakistan: Key Facts And Figures You Need To Know Ahead Of Asia Cup Super Four Match 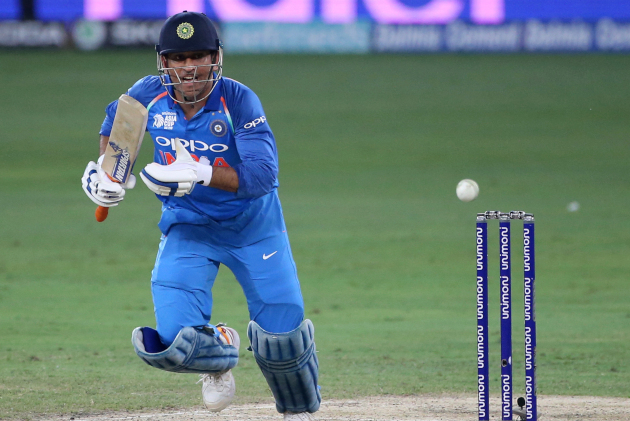 Arch-rivals India and Pakistan go head-to-head for the second time in the 2018 Asia Cup, this time at the crucial Super Four stage.

India won the inconsequential Group A match, but the thumping win they registered against Pakistan boosted their confidence. After a nervy start to the tournament, they now have three wins and are the only unbeaten side left in the tournament.

Ahead of the third Super Four Match, here's a look at some key facts and figures:

- This will be their 136th meeting in ODIs, with Pakistan leading the head-to-head record with 73 wins to India's 53. There was one cancelled, four no results, four abandoned matches too.

- Interestingly, India also got the lowest total in the fixture – 79 all out at Sialkot in October 1978. With Pakistan chasing down the target inside the 17th over, it produced the lowest aggregate with a combined total of 162. Pakistan's lowest score is 87 all out at Sharjah in March 1985.

- Sachin Tendulkar is the leading scorer in the fixture with 2526 runs, which is 123 more than second place Inzamam-ul-Haq's 2403. Tendulkar also shared the record for most hundreds, five each, with Salman Butt.

- Tendulkar also has played most Indo-Pak matches than any other player. His 69 is two more than Inzamam-ul-Haq's 67.

- Javagal Srinath and Shahid Afridi shared the unwanted record of most ducks – six each, followed by an illustrious trio of Younis Khan, Moeen Khan and Tendulkar – five apiece.

- Wasim Akram (60) is the leading wicket-taker, ahead of Saqlain Mushtaq (57) and Anil Kumble, Aaqib Javed and Srinath – 54 each.

- MS Dhoni and Shoaib Malik have five man-of-the-match awards each in this fixtures. The two veteran also has the most runs for their respective sides of the current lot – 1230 for Dhoni and 1704 for Malik.

What can happen today

- Ravindra Jadeja needs two wickets to become India's leading wicket-taker in the Asia Cup. Sachin Tendulkar is the unexpected leader with 17 wickets, from 23 matches. Jadeja is all but certain to play his 12th match in the tournament. Ravichandran Ashwin is third in the list with 14 from seven matches.

- Yuzvendra Chahal, who took three wickets against Hong Kong but drew blank against Pakistan and Bangladesh, needs two for 50.

- Babar Azam is likely to play his 50th ODI today. The 23-year-old has been the mainstay of Pakistan batting line-up and has scored 33 vs Hong Kong, 47 vs India and 66 vs Afghanistan.

- Fakhar Zaman, who famously demolished India with a 114-run knock in the ICC Champions Trophy final at The Oval last year, was out for a duck for the first time in his ODI career, and it was followed by another 0 against Afghanistan. A duck today will make him four other Pakistanis – Shoaib Mohammad in 1993, Shadab Kabir in 1996 and Shoaib Malik in 2004, Salman Butt in 2010 – for a unique record.

- Shikhar Dhawan, who scored 127 vs Hong Kong, 46 vs Pakistan and 40 vs Bangladesh, can become the second quickest Indian to 15 ODI hundreds. Kohli is the quickest, in 106 innings. Dhawan has batted 107 times.

- Dhoni needs one more stumping to complete 110 stumpings in ODI, and 10 against Pakistan. He is the lone wicketkeeper to have more than 100 stumpings.

Average: The average first innings scored is 221, which is 19 runs more than the second innings average. So, it's futile to expect a high scoring match, unless someone like Rohit decides to go big.

Highs and lows: The highest and lowest scores, the highest chase and also the lowest defended here all involved Pakistan. Truly their home! England scored 355/5 in November 2015 with Jason Roy (102) and Jos Buttler (116 not out) hitting centuries to beat Pakistan by 84 runs. It's the highest total here. Hong Kong managed just 116 against Pakistan last Sunday against Pakistan, which is the lowest total.

Sri Lanka, despite none of their batsman hitting a hundred, chased down a 284-run target against Pakistan in December 2013. No team has successfully chased a bigger target than this in Dubai. Three years before, Pakistan failed to chase down South Africa's 228/9, falling short by two runs against a Morne Morkel-led bowling attack. It's the lowest total defended in the venue.