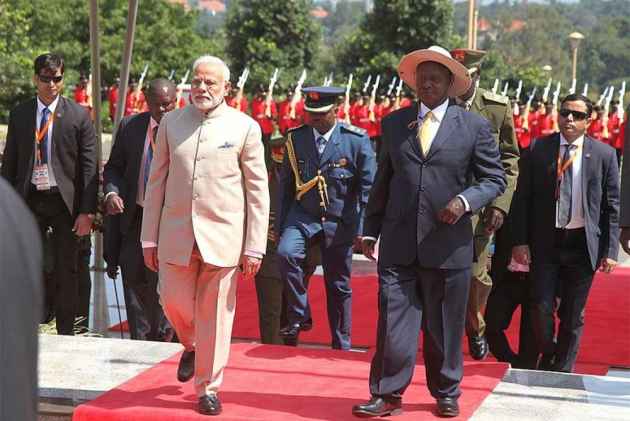 Prime Minister Narendra Modi said today that India will strengthen its cooperation and mutual capabilities with Africa in combating terrorism and extremism.

Addressing Parliament of Uganda, Modi said that India's engagement with Africa will continue to be guided by 10 principles.

He said that India is proud to be Africa's partner and Uganda is central in this on the African continent.

"We will continue to intensify and deepen our engagement with Africa. As we have shown, it will be sustained and regular," he said.

Modi announced that India would build a Gandhi Heritage Centre at the sacred site in Uganda's Jinja, where a statue of Mahatma Gandhi now stands.

"Our people are among many threads that connect Uganda and India together.

"Our partnership currently includes implementation of 180 Lines of Credit worth about USD 11 billion in over 40 African countries," the prime minister added.