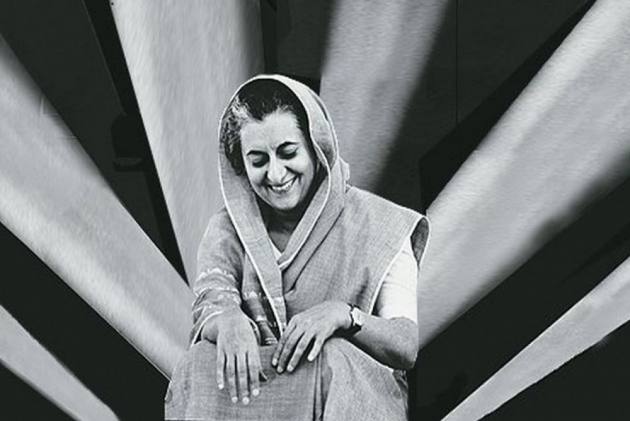 Tributes to our former Prime Minister, Mrs. Indira Gandhi on her death anniversary.


Congress President Rahul Gandhi also took to the micro-blogging site to remember his grandmother "with a deep sense of happiness."

"Remembering Dadi(grandmother) today with a deep sense of happiness. She taught me so much and gave me unending love. She gave so much of herself to her people. I am very proud of her," his tweet read.

Remembering Dadi today with a deep sense of happiness. She taught me so much and gave me unending love. She gave so much of herself to her people. I am very proud of her.


The Congress President, along with his mother and United Progressive Alliance (UPA) Chairperson Sonia Gandhi and former prime minister Manmohan Singh paid floral tributes to the 'Iron Lady' at her memorial Shakti Sthal.

"Today we honour... the first female Prime Minister of India and one of the strongest leaders our country has seen," the Congress party said.

"Through her premiership, our nation saw great victory, incredible development and most importantly upliftment of all sections of society," the party tweeted.

On October 31, 1984, two of Indira Gandhi's bodyguards - Satwant Singh and Beant Singh - gunned her down at her residence located in Akbar Road on October 31, 1984. This came after Operation Bluestar was executed at Amritsar's Golden Temple, wherein Gandhi ordered the Indian Army to confront Sikh separatists who had taken shelter at the holy shrine.

Gandhi, who is the second longest serving Prime Minister, was well known for path-breaking economic and social reforms, including nationalisation of banks, copper, refining, cotton textiles and even insurance industries. She also abolished privy purses of the erstwhile princely states.